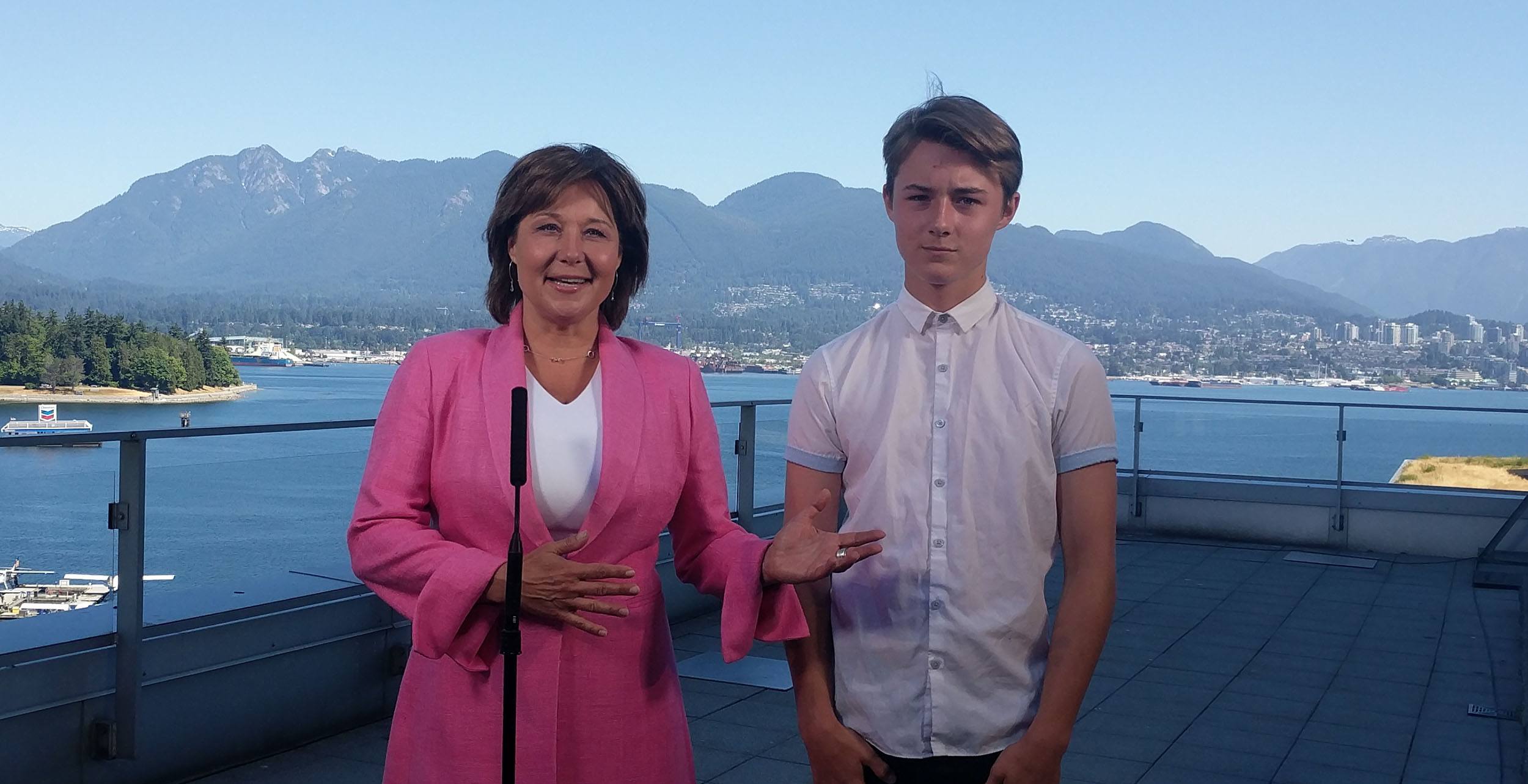 Christy Clark spoke Monday morning about her decision last week to resign as leader of the BC Liberal Party, accompanied by her son Hamish.

Calling her six-and-a-half year tenure as BC’s premier “an incredible  journey,” Clark said she was proud of what she and her party accomplished, but that it’s time for her to exit the political arena.

“I guess I’ll never see any of you ever again,” she quipped to reporters on the top of the Shaw Tower in downtown Vancouver.

Clark said that looking back, she knew “from election night that it was time for me to leave and the feeling grew as the Lieutenant Governor called on John Horgan to form the government.”

A leader, she said “needs to know when it’s time to go; there is nothing worse than seeing politicians hanging on, because they feel like they’re irreplaceable.”

Clark said she was planning to resign on election night, but felt she had a “responsibility” to get the caucus into the Opposition offices and “kind of get us organized.”

She called the timing of her decision good for her and for the BC Liberal Party.

“I decided it was time for our party to renew and I felt like it was the time for them to do this,” she explained.

“I don’t think there’s going to be an an election in the fall, so why not get it out of the way? It was the right time for me.”

Asked about her track record on issues facing Metro Vancouver such as affordability, Clark said there “are only two things” government can do to change housing affordability here.

The first she said, is to “get the Mayors to approve and build more houses.”

The second she continued, “is to slow the economy down so people stop coming to the Lower Mainland. We’ll see what kind of progress the new government is able to make with those.”

Of her own party, Clark said she is “proud.”

“Our party and our caucus are going to have the energy of a leadership race,” she said. “They’re going to be excited about it…. I really wish them all the best.”

Plans for the future?

Asked about her plans for the future, in light of her decision, Clark responded, “I don’t know.”

However, she offered a couple of possible options.

“I’m going to get Hamish to do his homework because I’m going to have more time to do that,” she suggested. “I’m going to maybe get some gardening done in the short term.”

“I would like it to be the person the party wants,” she answered. “I’m going to vote because I’m a member, but I’m not going to try and influence that in any way.”

Would she ever consider returning to the BC politics arena?

“I’m not planning on going back that’s for sure,” she said. “I am done with public life.”

Would she advise her son to go into politics?

“What he does is completely up to him,” said Clark. “My son is a talented young man. I think he has a great future in theatre, so I’m looking forward to being a stage mom.” 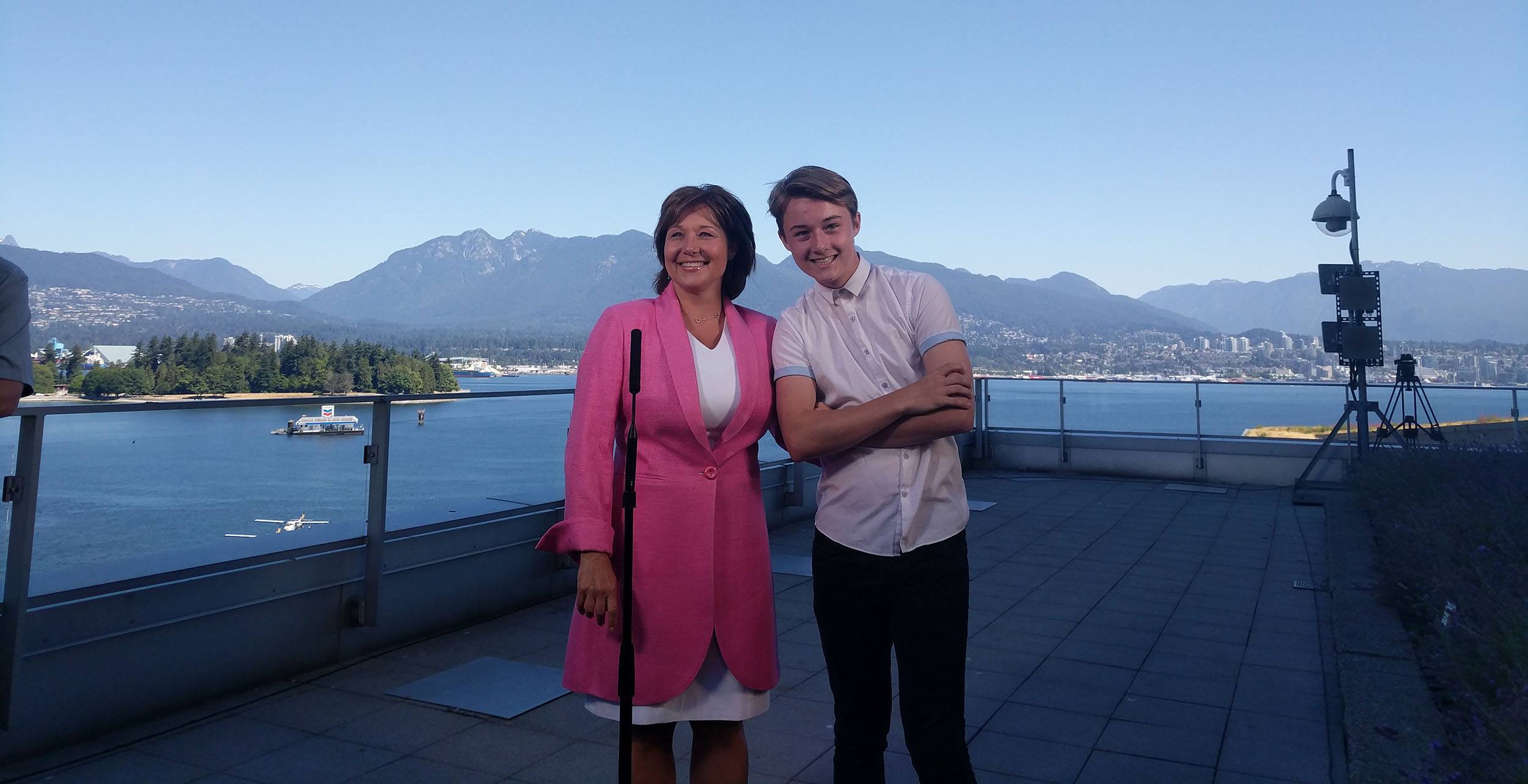