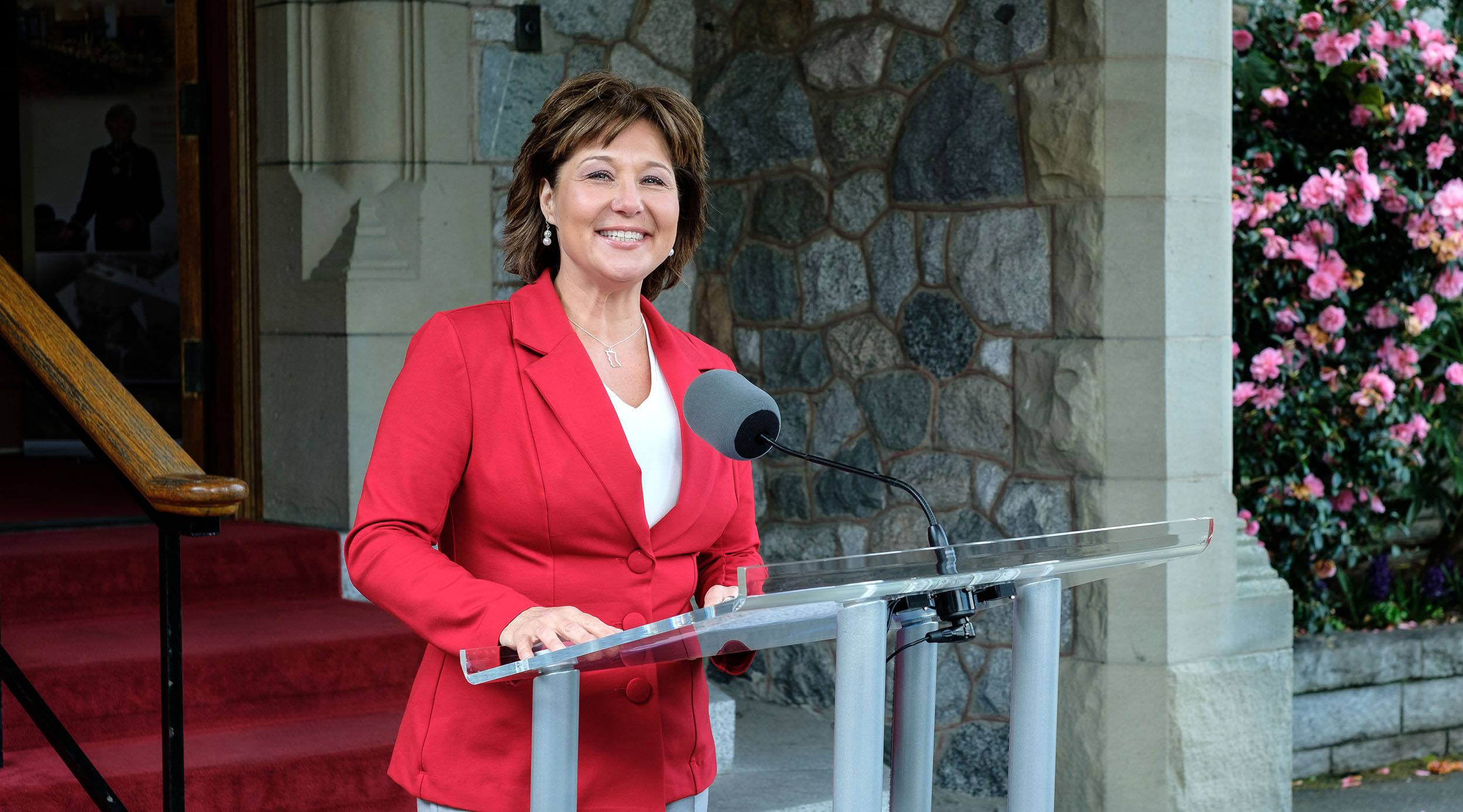 Christy Clark has resigned as leader of the BC Liberal Party.

Clark made the announcement in a written statement that was issued on Friday, July 28.

“Today, I informed my caucus colleagues of my intention to resign as leader of the BC Liberal Party effective Friday, August 4,” she wrote.

“Serving as Premier and serving the people of British Columbia for the past six and a half years has been an incredible honour and privilege.”

Clark’s future has been in doubt since the provincial election which left BC with a hung parliament.

Ultimately, BC Greens leader Andrew Weaver announced they had agreed to support a BC NDP minority government with John Horgan. Meanwhile, Clark came under pressure to step down, after the final BC Election count confirmed no party had won the election and after she failed to pass a Throne Speech through the legislature.

Clark, who took over as the leader of BC Liberal Party in 2011 said she was proud of what she has accomplished during her time in her role.

“I am so proud of everything our BC Liberal Team has accomplished,” she said.

“From working to make British Columbia Canada’s leading economy and creating more than 200,000 new jobs, to helping thousands of single parents go from welfare to work through the Single Parent Employment Initiative, to British Columbia’s gift to the world, the protection of the Great Bear Rainforest.”

Clark finished her statement by saying that she believes BC’s best days lie ahead, “Because British Columbians can, through hard work, determination, and perseverance, achieve anything they set their minds to.”

It has also been confirmed that Clark will leave her role as an MLA for Kelowna-West.

Shortly after news of Clark’s resignation, BC Green leader Andrew Weaver released a statement thanking the former premier for her service.

“I want to thank Christy Clark for her years of service to British Columbians, both as an MLA and as Leader of the BC Liberals,” said Weaver. “She has been a fierce advocate for British Columbia, here at home and around the world.

“A highlight of my time in the Legislature was working directly with Christy Clark to implement sexualized violence policy legislation for BC’s post-secondary institutions. Her leadership and willingness to work across party lines on this vital issue has made universities and colleges across this province safer for our students – and for this I am grateful.”

“This experience illustrated what we can achieve when members of this house work together. I wish Christy Clark well in her future pursuits and look forward to developing a productive relationship with the next Leader of the BC Liberal Party.”

I want to thank @christyclarkbc for her many years of service on behalf of British Columbians. I wish her and her family the very best. 1/2

While we represented 2 different parties, we are united in our belief that our job is to work every day to build a better province. 2/2

In a statement issued a few hours after Christy Clark’s resignation the BC Liberal Caucus confirmed that they had chosen Rich Coleman, MLA for Langley East, as interim leader.

They also echoed the rest of BC’s political spectrum in thanking Clark for her leadership.

“Although we respect her decision, we are deeply disappointed,” the statement read.

“Under Christy Clark’s leadership, British Columbia regained its position as an economic leader with Canada’s strongest economy and the best job creation record in the country. We are grateful and proud of the contribution that Christy Clark has made, both as party leader and Premier and we wish her every success in the future.”