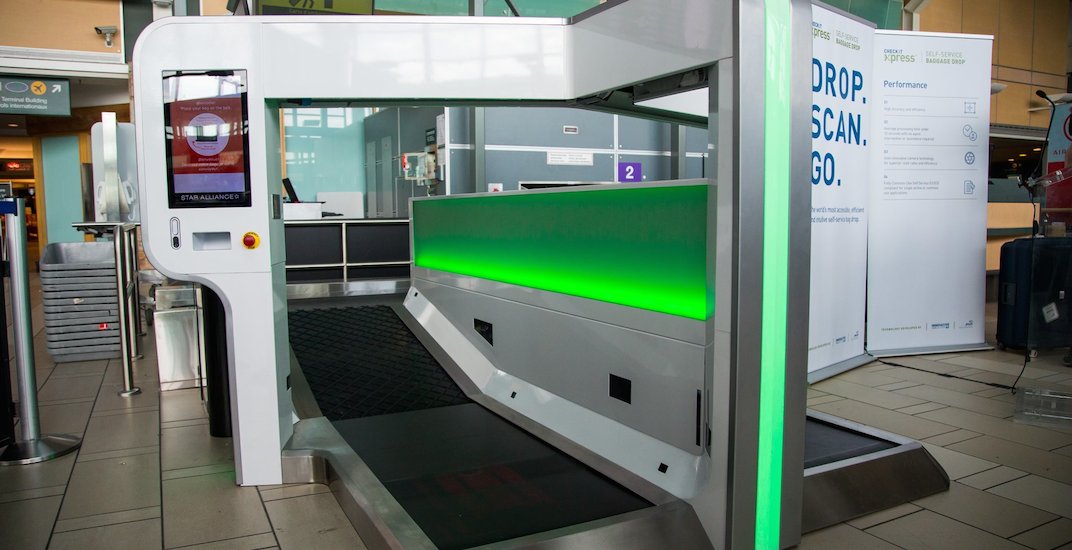 After checking in at a kiosk, passengers can send their bag off at the CheckedItExpress self-bag drop unit, which is anticipated to be four times quicker than the previous method, with average time processing rates at eight seconds with no assistance required.

The drop unit has ramps so that bags can be wheeled from the floor onto the conveyor, and it uses superior camera technology to accurately read the bag tag. If the bag is overweight, the conveyor belt will not process the bag. 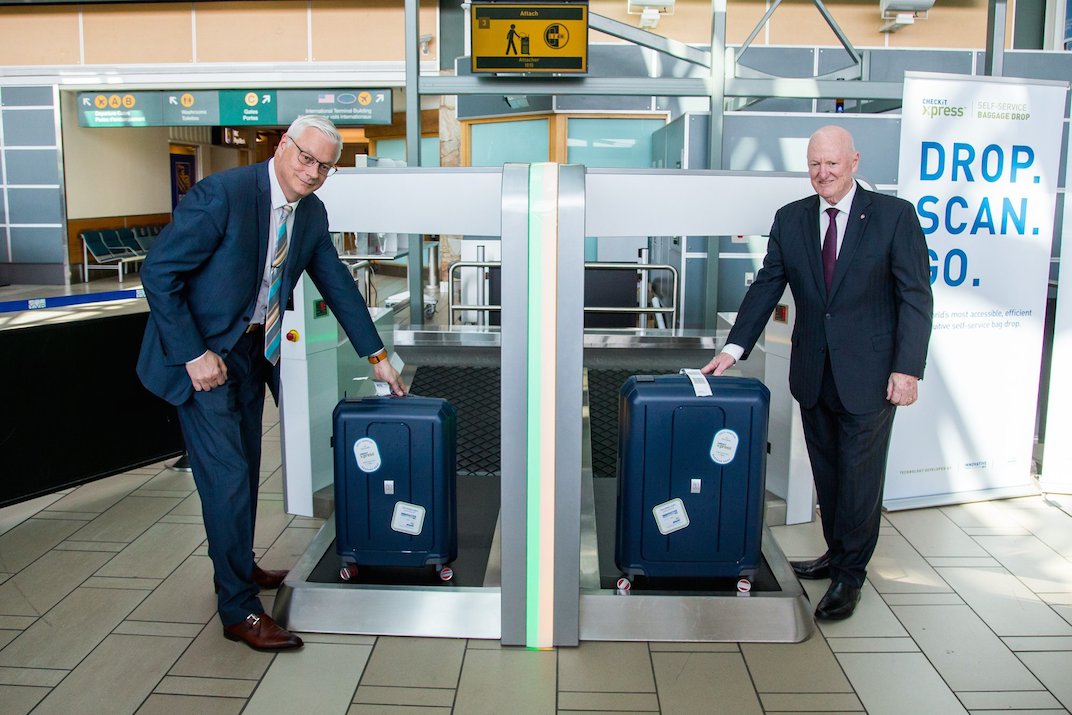 “We strive to deliver an outstanding experience for every traveller that comes through YVR,” says Craig Richmond, President and CEO of Vancouver Airport Authority, in a statement.

“This is an exciting time for us and offering solutions that are more accessible, efficient and intuitive enables us to prioritize speed and ease of movement for everyone, which improves overall traveller satisfaction.” 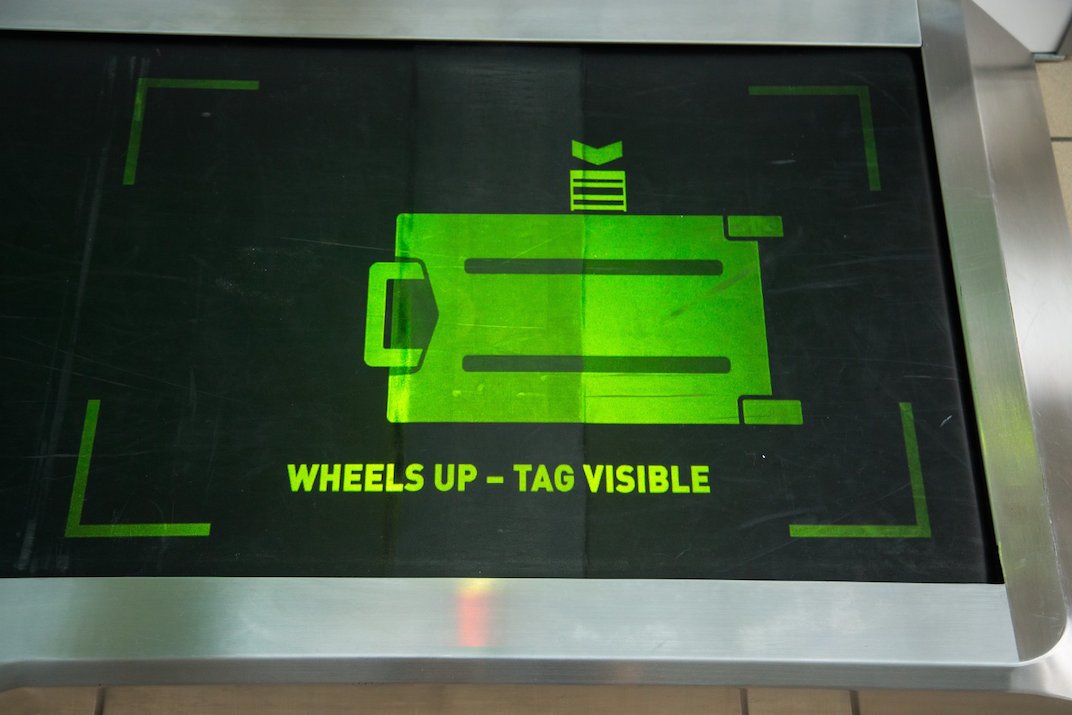 This new technology is being introduced to YVR as it uses less space and helps reduce congestion in the bag drop area of airports. This can reduce the need for costly terminal expansions and save valuable airport space for other uses, such as passenger amenities.

More of these bag drop units will be installed at the terminal over the coming year, and it is all part of YVR’s strategy of increasing the infrastructural capacity needed to accommodate the airport’s rapid passenger growth. 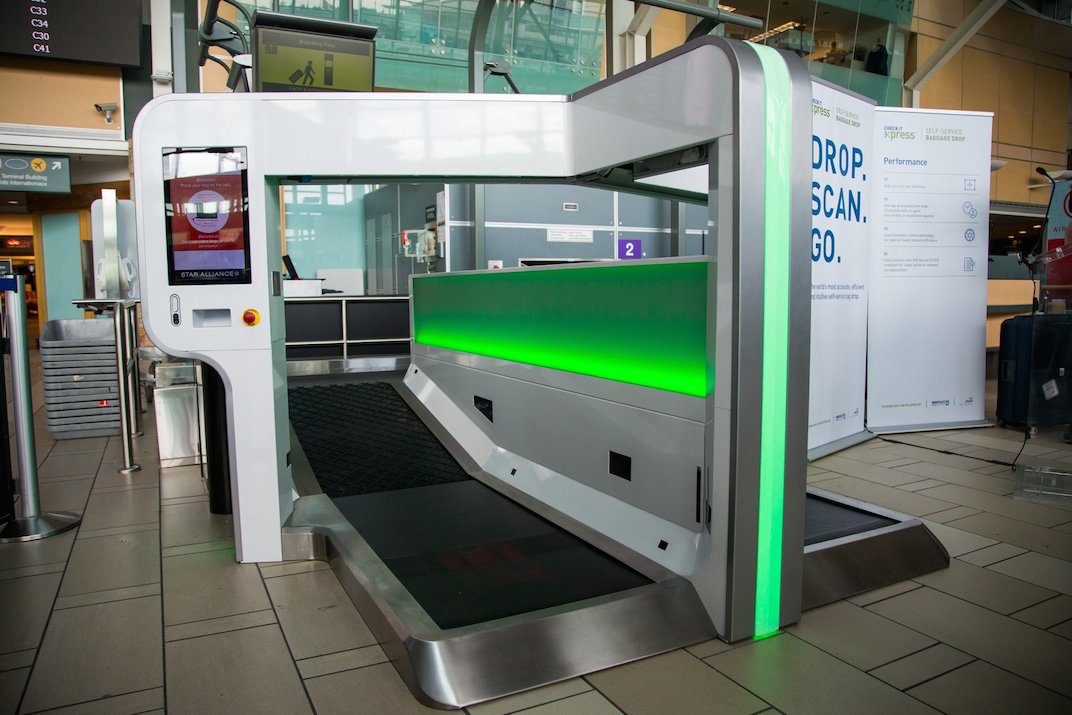 YVR’s ITS division worked with New Zealand-based Glidepath to develop the new baggage handling technology, and they will market their bag drop units to other airports around the world, which will provide YVR with a new non-aeronautical revenue stream.

ITS also developed the airport’s BorderExpress – full-service border control kiosks that accept all passports, improve processing times, and reduce terminal space and labour costs. Since the kiosks were first introduced to YVR in 2009, over 1,300 kiosks have been sold to 39 airports and seaports around the world.

YVR recently began its $5.6-billion expansion project, which includes a significant expansion of the terminal building.