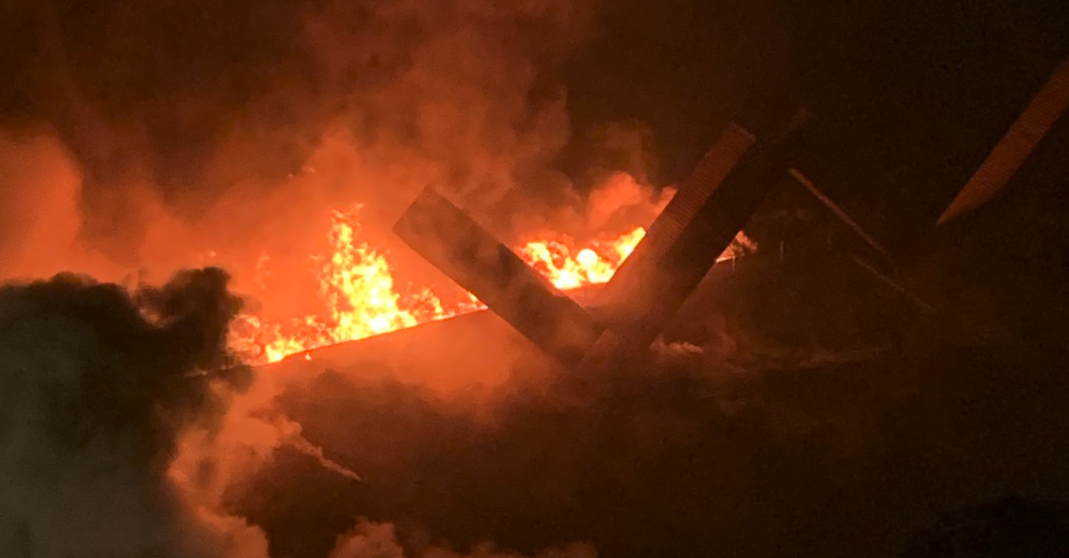 Police say that a male suspect has been arrested in relation to New Westminster’s Pier Park fire.

The New Westminster Police Department (NWPD) says that the arrest was made on Tuesday afternoon. The male was arrested “for arson-related offences” in connection to the fire.

“Based on the investigation to date, the NWPD do not believe the public are at further risk and are not looking for additional suspects,” police say.

Investigators continue to gather evidence and are expected to forward a report to Crown Counsel for formal charges. The suspect has since been released from custody on a number of conditions.

In the meantime, police officers and fire crews continue to investigate the blaze and are asking for anyone with information to step forward.

“We have had significant resources dedicated to this investigation day and night since the fire began.”

New Westminster says that the fire may continue to smoulder while crews dismantle the pier surface and fight areas that continue to burn.

The City says the fire “will be largely extinguished by the weekend and is unlikely to intensify.”