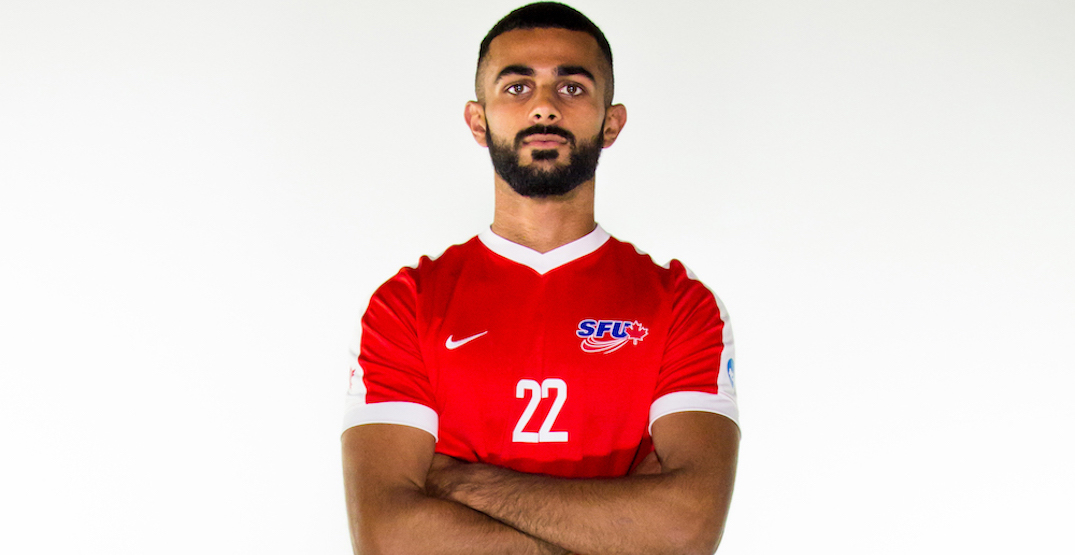 After a first-year SFU student and Whitecaps prospect was killed in a car crash last year, police said this week that charges have now been laid in connection with his death.

In a release, Surrey RCMP said that charges have been laid against a 19-year-old man involved in a fatal collision that occurred last spring in the city’s Newton neighbourhood.

According to police, the incident happened on May 18, 2019, shortly after midnight, when officers responded to a collision involving a single vehicle, a Jeep, at the intersection of 122 Street and 78 Avenue. The collision resulted in injuries to four of the vehicle’s occupants. One of those injured, a 19-year-old male, later succumbed to his injuries.

That person was identified as Brandon Bassi, who was getting a ride home with an acquaintance at the time of the crash, his uncle told Daily Hive last year.

On Wednesday, police said that a total of eight charges have now been laid against the alleged driver of the vehicle, Dilpreet Sandhu, including dangerous driving causing death and fail to remain causing death.

“This collision had a significant impact on the community due to the tragic loss of a young person’s life,” said Surrey RCMP Sgt. Ian MacLellan. “We’re pleased that the hard work of the officers has resulted in charges being approved.”

As the investigation continues, anyone with information about this investigation is asked to contact the Surrey RCMP at 604-599-0502. Those who wish to make an anonymous report can do so by contacting Crime Stoppers at 1-800-222-TIPS or by leaving a tip online.