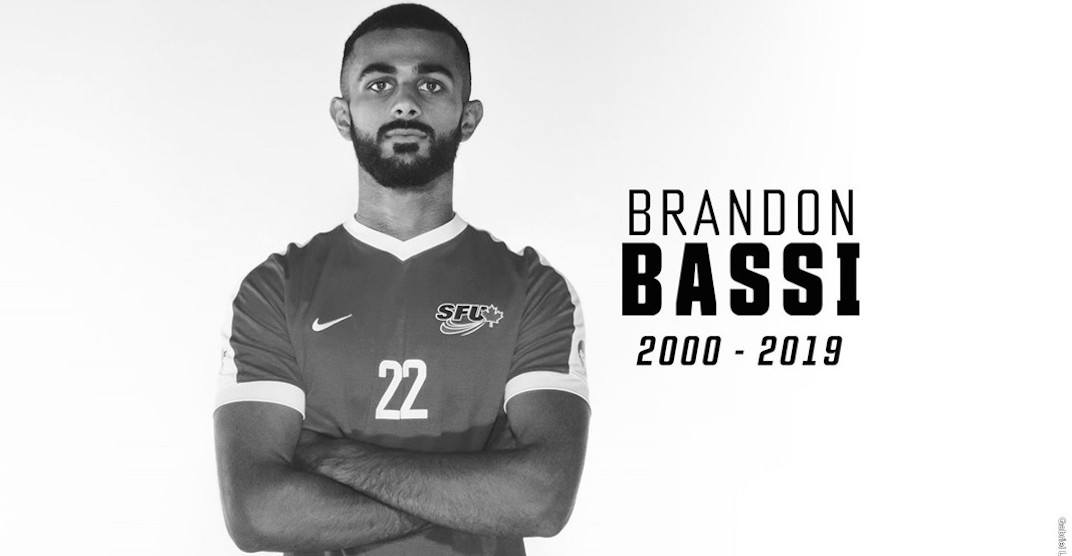 “He was a solid kid and role model for youth — just a genuinely good kid,” says a family member of 19-year-old Brandon Bassi.

Brandon was getting a ride home with an acquaintance at the time of the crash, his uncle tells Daily Hive.

Brandon’s death comes as a tremendous loss to both friends, family and the soccer community he was a part of.

A promising SFU all-star soccer player and first-year student in the Faculty of Arts and Social Sciences, Brandon was a dual-sport athlete, both basketball and soccer, and was involved in the junior Whitecaps program at an elite level when he was in high school.

SFU says Brandon was an outstanding athlete, a caring teammate, and an inspirational young man.

“There are no words to express the pain and feeling of loss we are all experiencing,” said SFU men’s soccer head coach Clint Schneider.

“We lost a tremendous individual. Brandon was an outstanding teammate, student and friend. Our thoughts and prayers are with the Bassi family during this extremely difficult time.”

SFU is providing grief counselling and other resources to students and student-athletes.

A statement from BC Soccer says that the 19 year old was a valued and popular member of all the teams he represented.

Bassi was 12 years old when he first joined the Provincial Program, while a member of Coastal FC and the Whitecaps Residency Program, and only two weeks ago, Brandon was celebrating an Adult Provincial A Cup Championship with CCB LFC United.

According to a release from Surrey RCMP, on May 18, 2019 at approximately 12:35 AM, Surrey RCMP Frontline officers responded to a report of a single vehicle motor vehicle collision at the intersection of 78 Avenue at 122 Street where at Black Jeep had sustained heavy damage.

Investigators are working to determine what factors lead to the collision and nothing has been ruled out at this time.

Anyone with more information, including dash cam footage, is asked to contact the Surrey RCMP at 604-599-0502