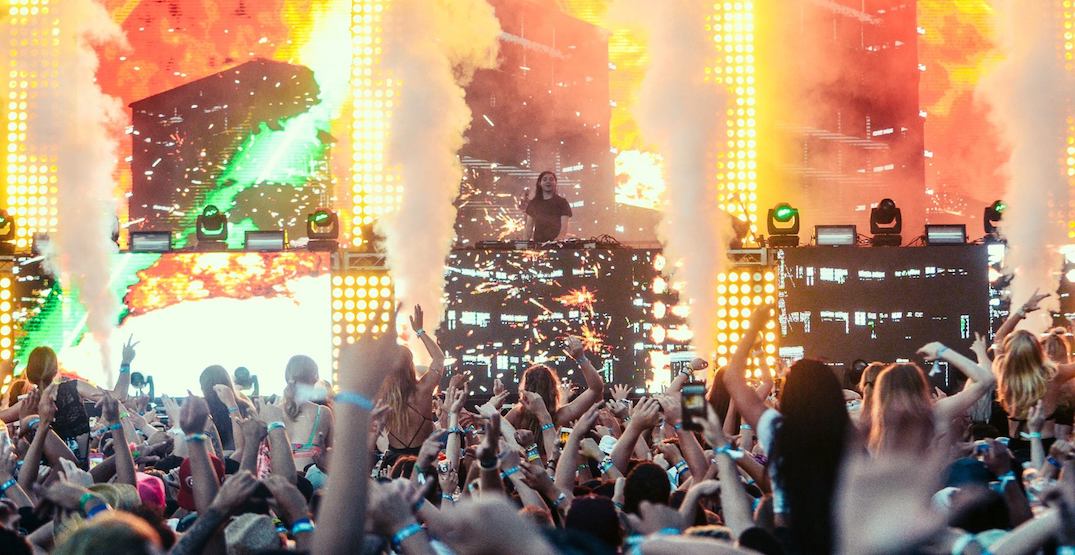 Canada’s hottest beach festival is back as Center of Gravity returns to Kelowna, BC, from July 27 to 29.

Now in its eleventh year, the sports and music festival is bringing world-renowned musical artists to the Okanagan.

The festival combines some of the world’s top musical acts with over 150 international athletes competing in seven adrenaline-pumping sports, including beach volleyball, basketball, wakeboarding, freestyle motocross and snowmobiling, skateboarding, and BMX. Plus there’s a new addition of an axe-throwing zone, where fearless fans compete under the watchful eye of talented axe throwing coaches.

Making their first appearance at the festival will be the full lineup of Wu-Tang Clan including Method Man, RZA, Raekwon, Ghostface Killah, GZA, U-God, Inspectah Deck, Masta Killa, and Cappadonna who are touring to celebrate the 25th anniversary of the release of their debut album, Enter the Wu-Tang (36 Chambers).

Center of Gravity GA Weekend Passes are available Friday, April 13 at 10 am.

Other artists this year include: 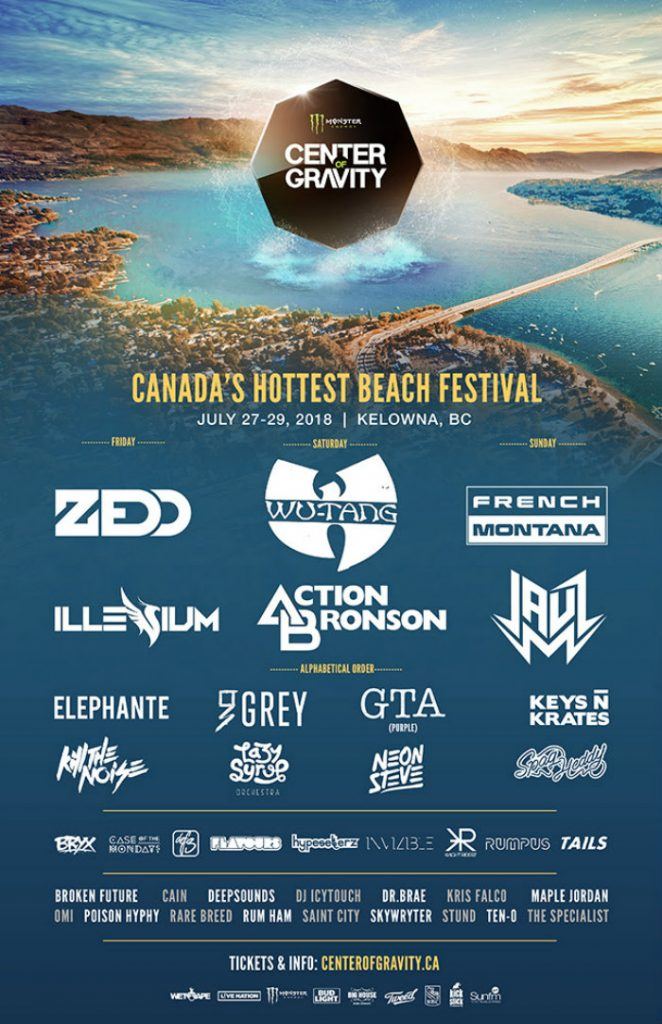 Where: City Park, Kelowna, BC