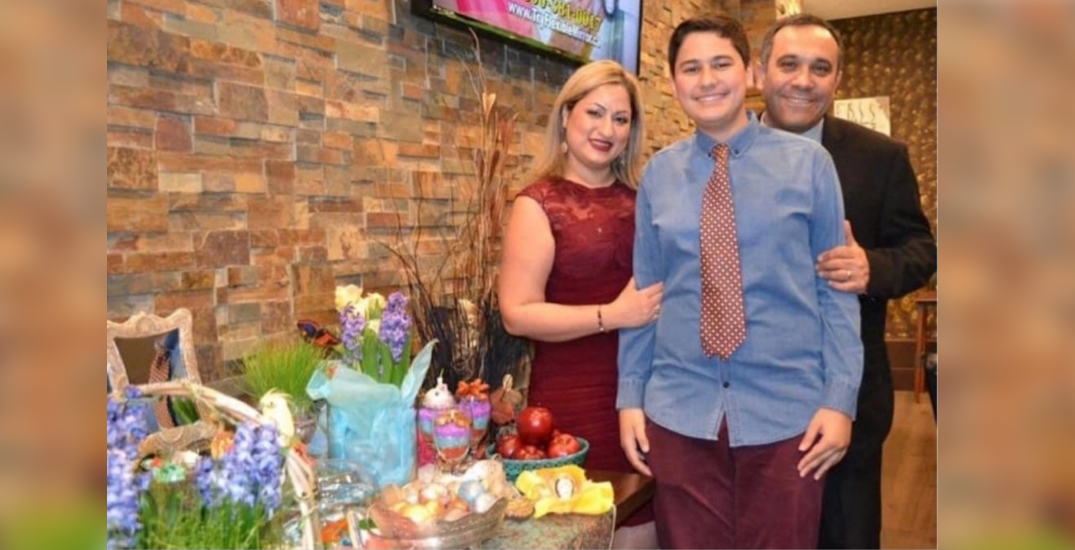 Community members are planning a memorial in Coquitlam Sunday to honour a local family killed in the Iran plane crash.

The ceremony will celebrate Ardalan Hamidi, his wife Niloofar Razzaghi, and their teenage son Kamyar. The  family of three from Port Coquitlam were among the 57 Canadians killed when Ukraine International Airlines flight 752 was shot down by an Iranian missile after takeoff in Tehran.

On their trip to Iran, the family marked Ardalan’s father’s 80th birthday. It was a happy time for them, brother-in-law Mahmoudreza Mivehchi told Daily Hive.

“He liked to help everyone without any expectation or consideration,” Mivehchi said of Ardalan. He was a civil engineer, and very active in the engineering and Iranian-Canadian communities.

Ardalan and his son, Kamyar, both liked playing soccer, Mivehchi recalled. He remembered Kamyar being “very cute” as a child, and also “very high energy.”

“We will never forget them,” Mivehchi said. “We have lots of memories, lots of stories.”

Coquitlam Mayor Richard Stewart added his condolences in a video posted to Facebook.

The celebration of life will take place Sunday afternoon from 3 to 6 pm, and will also honour the other victims of the crash.

Celebration of Life: Ardalan Hamidi and his beloved family

Where: 1185 High Street, Coquitlam — party room on the second floor 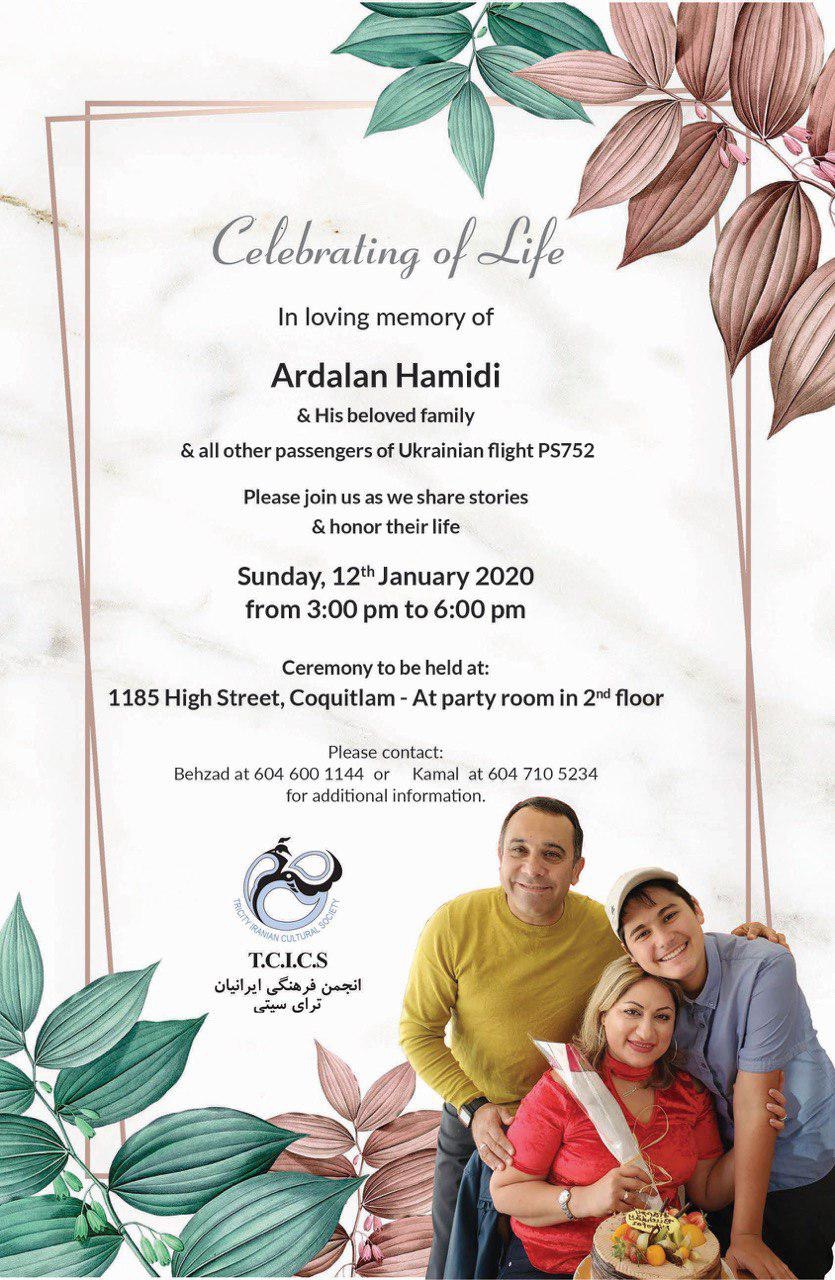