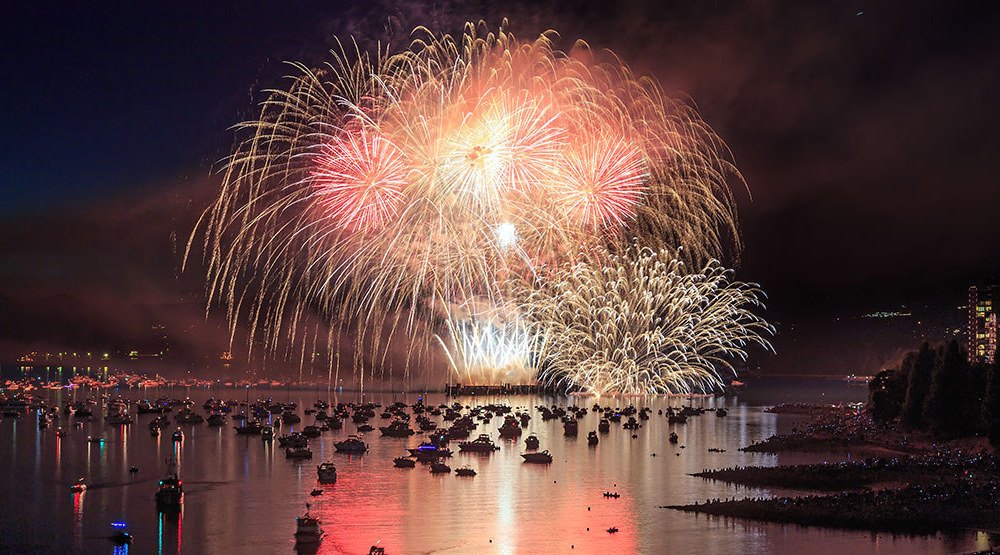 Vancouver’s annual summertime international fireworks competition is receiving a major funding infusion from the provincial government for the 2017 event.

The Honda Celebration of Light is being enhanced with a one-time $250,000 contribution from the Government of British Columbia. Part of the funding will go towards extending each of the three shows by three minutes – from 25 minutes to 28 minutes nightly – for a total of nine additional minutes of fireworks over the duration of this year’s festival.

This year’s participating countries are Japan (Saturday, July 29), United Kingdom (Wednesday, August 2), and Canada (Saturday, August 5). To celebrate Canada’s 150th anniversary, fireworks competitors are required to include the same ‘iconic’ Canadian song in their musical soundtrack that will be synchronized to the fireworks show.

A public vote on social media over the song selection was conducted over the course of the past month. The song choice will be announced soon.

Options included Bryan Adams’ “Summer of ’69”, The Tragically Hip’s “Ahead By a Century”, Celine Dion’s “River Deep, Mountain High”, Justin Bieber’s “Where Are You Now”, The Weeknd’s “Can’t Feel My Face”, and Shania Twain’s “Up!”

“The Honda Celebration of Light will provide British Columbians and visitors to our province three memorable nights of free family entertainment,” said Shirley Bond, Minister of Jobs, Tourism and Skills Training and Minister Responsible for Labour. “Our government is investing in this special event as it will bring world-wide attention to Vancouver’s stunning beauty and will generate significant revenue for the tourism and hospitality industry.”

The three-day fireworks festival draws 1.5 million attendees to the beaches and parks in and around English Bay and generates an estimated $40 million in local economic activity.

The last time the provincial government provided fireworks festival organizers with funding was in 2008 as part of its year-round, province-wide celebrations to mark the 150th anniversary of the founding of British Columbia as a British Crown Colony.