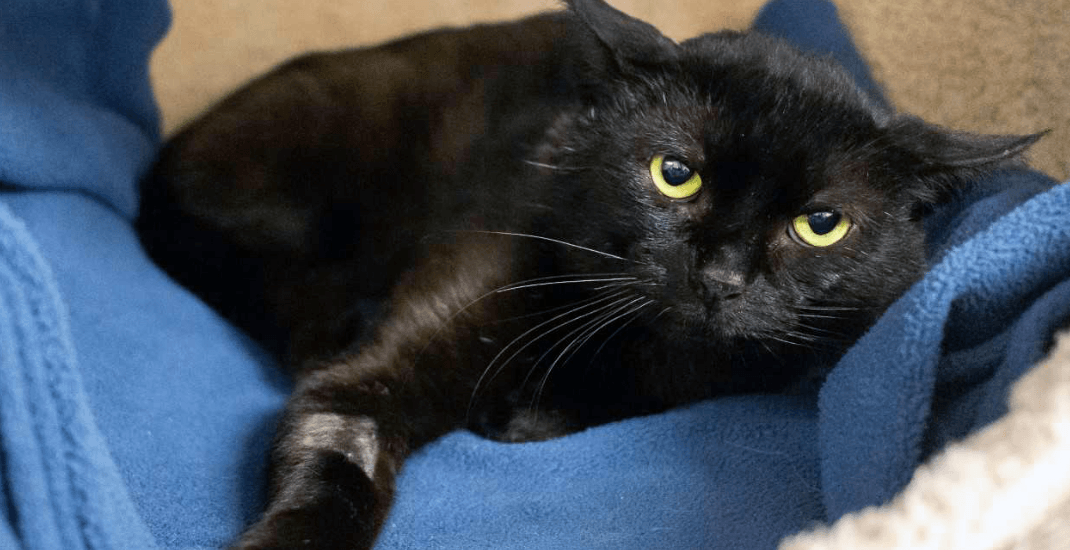 A Vancouver Island cat shot five times with BB pellets will require surgery to repair its broken bones, says the BC SPCA.

According to the organization’s Nanaimo & District Branch, Mystic had pellets lodged into his lower abdomen, front right leg, two near his spine, and one near his ribs.

“He could not put weight on his left hind legs and the vet determined that Mystic had a comminuted fracture of the left proximal tibia and fibula,” said the SPCA on its website. 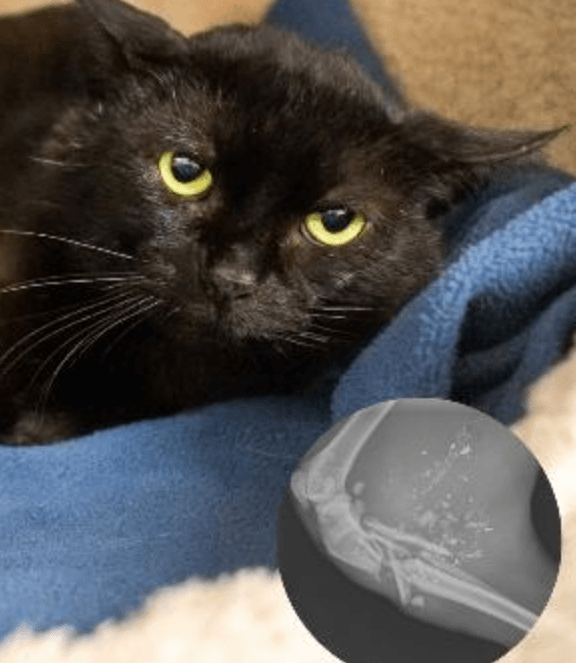 “With surgery and continued healing hopefully he will be relieved from his discomfort and be able to feel like a calm happy cat again.”

Medical costs associated with Mystic’s surgery are expected to reach $1,674, and he will require at least four weeks to heal before he is eligible for adoption.

At the time of publication, the BC SPCA had raised over $6,800 for Mystic. The additional funds will be used to care for other animals.

“Mystic is a shy guy, who has been through a traumatic experience that has caused him a bit of anxiety,” says SPCA Nanaimo & District branch manager Leon Davis. “With surgery and continued healing hopefully he will be relieved from his discomfort and be able to feel like a calm happy cat again.”

To help animals like Mystic visit the BC SPCA’s medical emergency page.