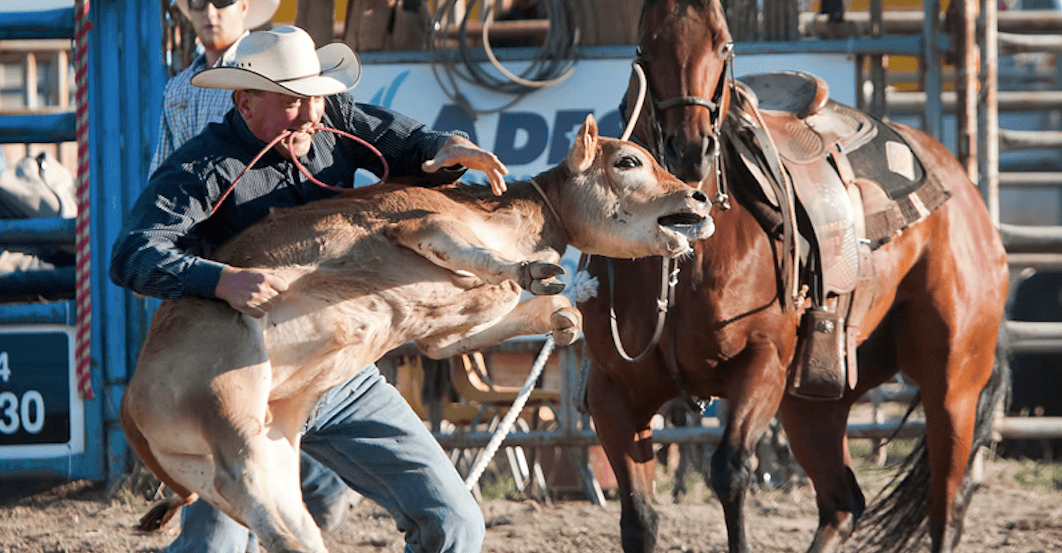 Right here in British Columbia, in 2019, animals are being tormented and abused for the entertainment of a crowd.

In July, a rodeo stock contractor was photographed using an electric prod on bulls at the Quesnel Rodeo.  Last year, the same man was caught using a prod at the Chilliwack Fair rodeo.

While the use of electric prods on cattle is not illegal, the National Farm Animal Care Council’s Code of Practice for the Care and Handling of Beef Cattle states: “Electric prods must only be used to assist movement of cattle when animal or human safety is at risk or as a last resort when all other humane alternatives have failed and only when cattle have a clear path to move.” 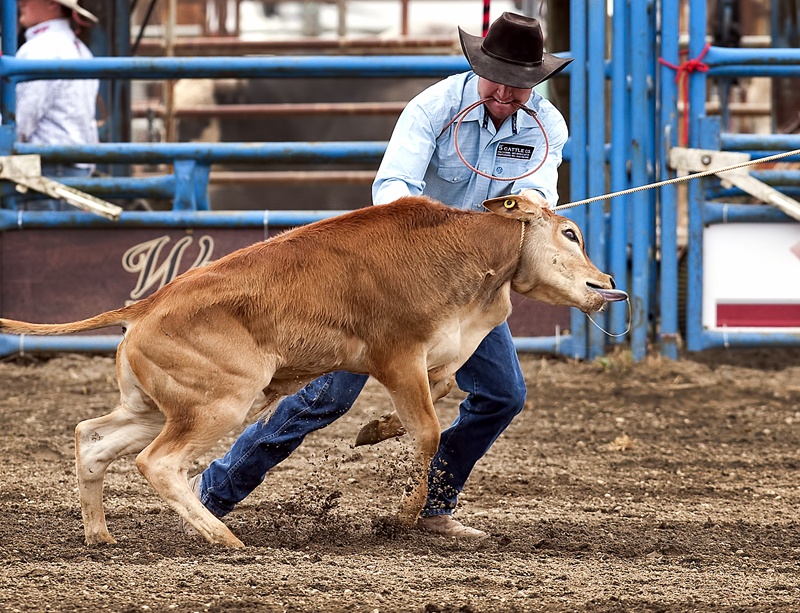 If you used a prod to apply electric shocks to your dog you would likely face animal cruelty charges. Farm animals do not receive the same protection under the law, leaving bulls, calves and steers subject to abusive, coercive measures in rodeos.

The B.C. Rodeo Association has stated that it does not condone the use of electric cattle prods and that the matter will be dealt with according to its rules and regulations. To date, no penalty for use of the prod has been announced.

In the Quesnel and Chilliwack rodeos, the prods were being used in the bull-riding event: A bucking bull is released into the arena with an unwanted rider on its back to see if the rider can stay on for eight seconds. The rider wears spurs to grip the bull’s hide.  Just before the bull is released a “flank strap” is tightened around its hindquarters, which causes further stress to induce bucking. Electric shocks would only add to the distress the bull is already enduring. 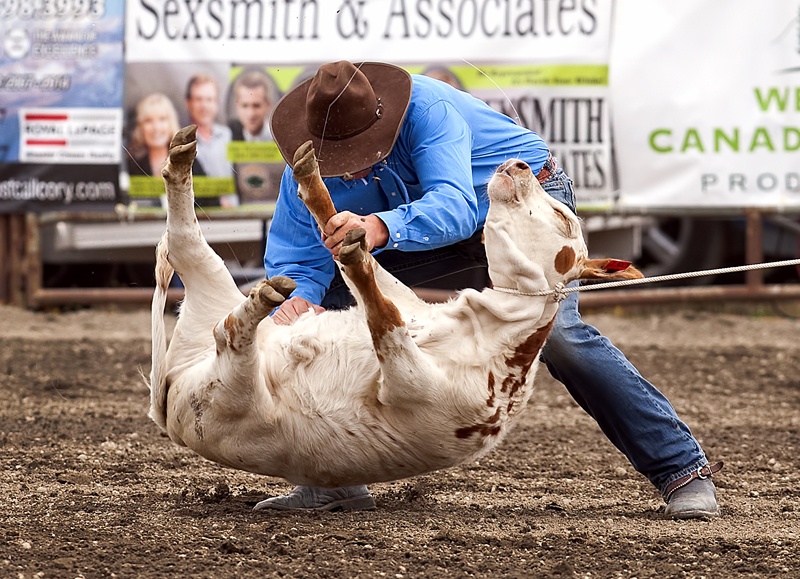 And it’s not just bulls that suffer. Three-month-old calves are chased across the arena, roped off their feet, picked up and slammed to the ground.  In the steer-wrestling event, the animal has its neck twisted until it is bent to the ground.  In team-roping, steers are roped by the head and hind legs, often stretching the animal off the ground. Flank straps and spurs are also used in the bucking horse events.

Rodeo supporters claim that the animals love what they do, but photos of animals at the Chilliwack Fair rodeo clearly show they are in distress while being forced to perform.  No animal would willingly participate in events that subject them to fear, pain and stress.

Virtually all mainstream animal welfare organizations oppose rodeo, including Humane Canada (which represents most Canadian SPCAs and humane societies) and the national SPCAs of the United States, Australia, New Zealand and South Africa. Polling shows that 63 per cent of B.C. residents are opposed to rodeo. 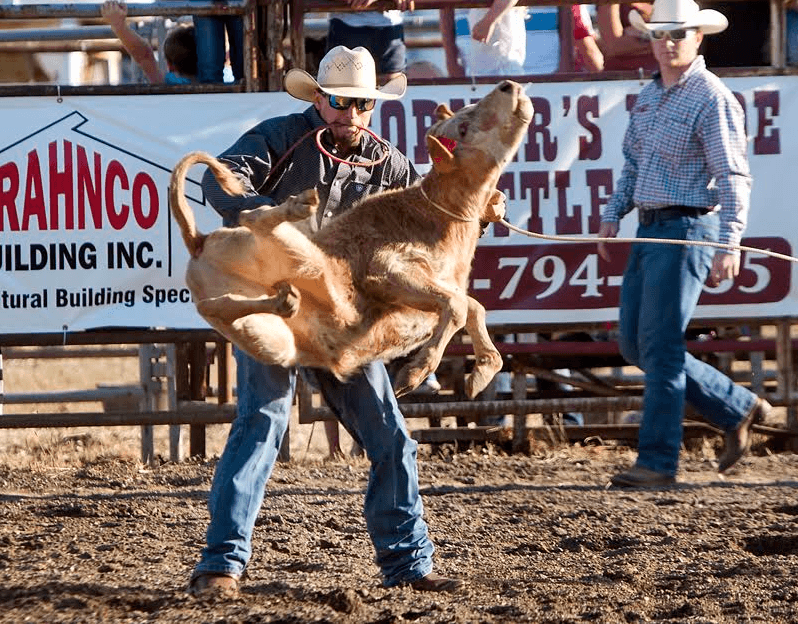 The Chilliwack Fair rodeo (August 9-11) is the last full rodeo in the Lower Mainland. The Cloverdale Rodeo dropped half its events and the Abbotsford Rodeo closed after campaigns by the Vancouver Humane Society. The society is now campaigning for the Chilliwack Fair to drop the rodeo from its program of events.

As Cirque du Soleil has shown, it isn’t necessary to exploit animals to provide engaging entertainment.  Country fairs, including Chilliwack’s, can be successful without spectacles of animal suffering. Isn’t it time we consigned rodeo to history, along with bear-baiting and cock-fighting?

Isn’t it time we had cruelty-free entertainment, not only in Chilliwack but everywhere?