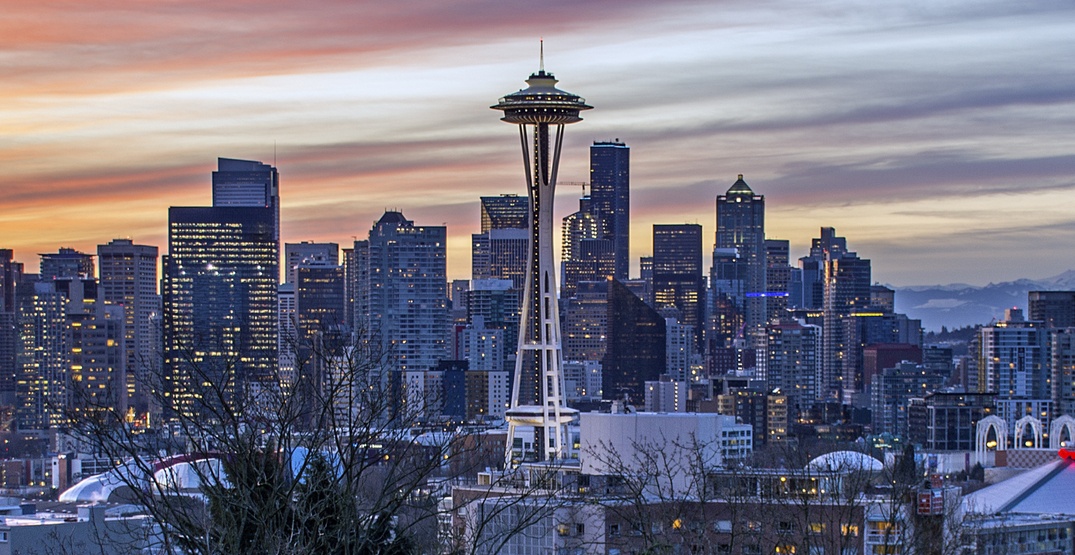 Business, academic, non-profit, and government leaders from BC, Washington state, and Oregon are convening in Seattle today, at the fourth annual Cascadia Innovation Corridor Conference to discuss a 2035 vision for life in the Cascadia region.

According to organizers, this year’s conference will both “highlight and solicit feedback” on the new strategies underway for the region to come together, maximize shared competitive advantages, and elevate its global economic position.

The Cascadia Innovation Corridor Initiative, led by the Business Council of BC and Challenge Seattle, links Vancouver, BC, Seattle, and Portland, with the promise of increasing economic opportunity beyond what the cities and their surrounding regions could expect to achieve independently.

Propelled by the Cascadia Innovation Corridor Steering Committee, the partnership is actively working to position Cascadia as a global innovation hub by actively addressing issues important to the region and the world.

This year’s conference will feature speakers and panels focused on setting up the Cascadia region as a global center of innovation by 2035, by achieving economic competitiveness, empowering thriving communities, and tackling the most persistent societal problems in the region.

Since 2016, the Cascadia Innovation Corridor has been advancing a broad array of projects in the region in areas such as transportation, life sciences, higher education research excellence, and transformative technologies.

Some of these projects include:

In February of this year, BC and Oregon State committed funds to advance the next phase of study needed to bring high-speed rail to the region. BC alone pledged $300,000.

In April, the Washington State Legislature approved an equal amount, and today, Microsoft announced an equivalent contribution, providing the last portion of funding to get the study underway. These four entities will be equal funding partners to begin the study of both governance structures and financing options for this transformative and unique project, with the report expected to be completed by 2020.

The high-speed rail linking Portland, Seattle, and Vancouver has been called a critical piece of infrastructure for the Cascadia Innovation Corridor that will open the door for stronger working relationships and collaboration throughout the region. Microsoft will also host a conference to further explore implementation possibilities in November on its campus in Redmond.

“The Cascadia Innovation Corridor Initiative has proven to be a shining example what we can achieve when private industry and communities come together to advance opportunities for people and address shared challenges,” said Microsoft President Brad Smith.

The CDDI collaboration will build off the work Microsoft is doing with Harvard’s Institute for Quantitative Social Sciences to build a data-sharing platform that uses differential privacy to ensure research data is kept private.

Connecting Seattle and Vancouver in just under an hour, Seattle-based Kenmore Air and Vancouver-based Harbour Air now offer seaplane service between the cities, having transported more than 8,500 passengers since the service began in April 2018.

This year’s conference will feature speakers and panels focused on setting up the Cascadia region as a global center of innovation by 2035, by achieving economic competitiveness, empowering thriving communities, and tackling the most persistent societal problems in our region.

The conference will also include:

Washington Governor Jay Inslee said the conference is proof that working together makes everyone better.

“Ideas and entrepreneurship fostered in Washington can inspire and create opportunities in British Columbia — and vice versa,” he said.

“Working with the Cascadia Innovation Corridor is about diversifying and expanding the Pacific Northwest economy,” said BC Premier John Horgan. “British Columbia has one of the fastest growing tech sectors in Canada, and we’re excited by the potential of becoming a global hub of innovation, technology, and connectivity.”