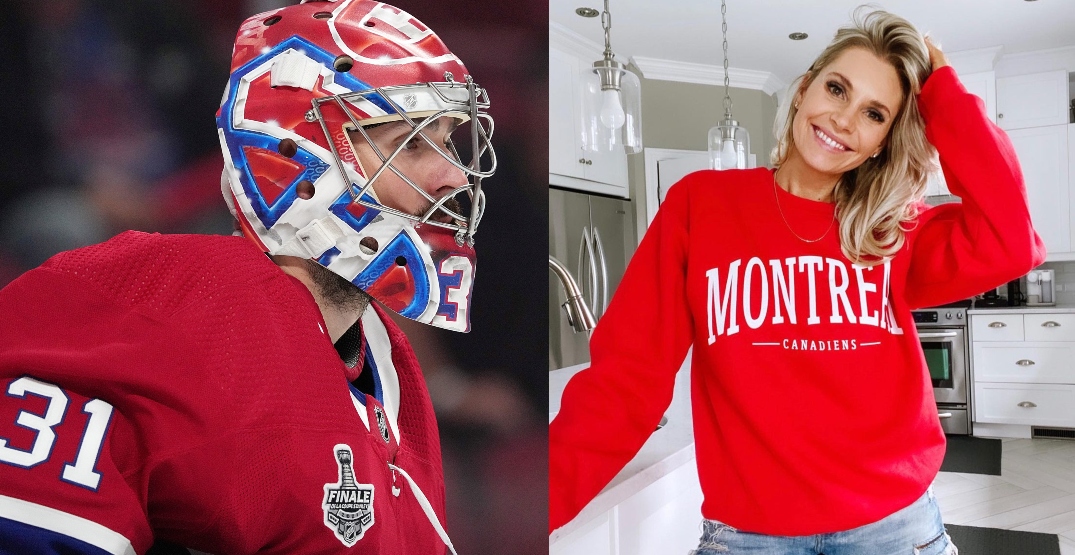 Carey Price and his wife, Angela, have had quite the tumultuous past few months.

After a lengthy playoff run by the Canadiens that saw Montreal head all the way to the Stanley Cup Final, veteran goaltender Price was left exposed to the Seattle Kraken in last month’s expansion draft.

Dealing with an offseason injury as well as surgery planned in New York, the Price family was suddenly left last month with the reality that they could be moving to Seattle.

From a pure asset management standpoint, the move made some sense. Price’s $10.5 million cap hit through to 2025-26 is quite a large number for a goalie in his 30s.

If the Canadiens protected Price, it’s possible they could lose Jake Allen to the Kraken. But if they didn’t protect Price, they’d either get to keep a franchise option, or get out of a large, limiting contract. Both outcomes had positives in their own ways.

“I was not stressed about it at all — because of Carey’s contract, his age and his injury Seattle wouldn’t even give him a second glance . . . or so we thought,” she said.

Price, who is from British Columbia and played junior hockey in Washington State, lives with his family in Kelowna during the offseason.

“I spent the next couple of days living on Twitter, reading every little thing and over thinking it all,” Angela continued about the expansion draft. “It definitely got to a point where I thought we were for sure headed to Seattle, so I let myself start mentally preparing for it and even talking about it. Just in case it did happen. Of course, there were benefits to being only a 3 hour drive from home.”

The Kraken ended up taking Cale Fleury from Montreal in the expansion draft, so ultimately there was no reason for the Price family to relocate.

“With your world dependent on what seemed like a game of chicken was bizarre and something I hope to never experience again.”