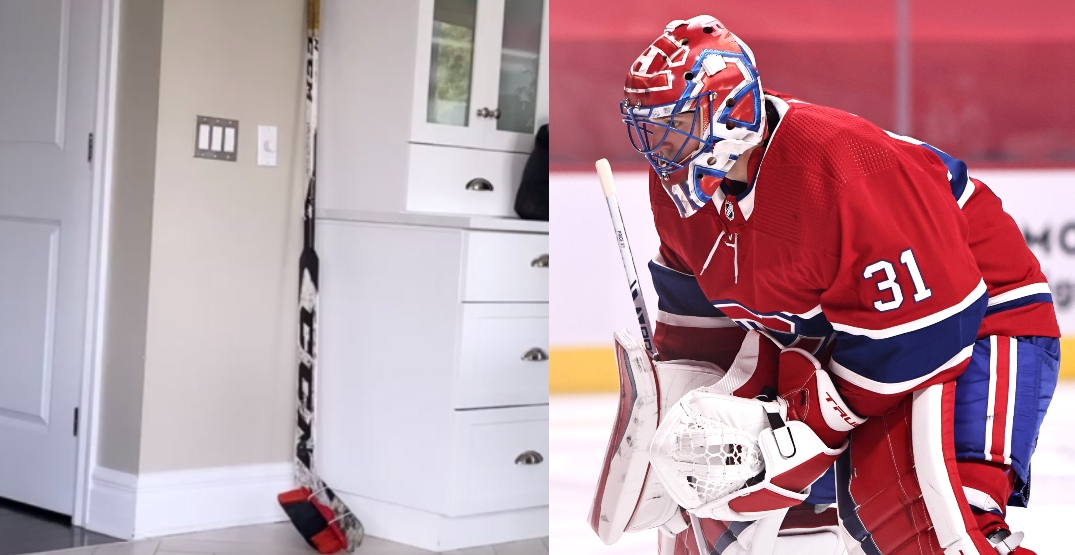 After sweeping the Winnipeg Jets out of the playoffs, a fan decided to show appreciation in a unique way.

Angela Price, the wife of Habs star goaltender Carey Price, shared a photo on Instagram this morning, which featured a goalie stick with brush attached to the bottom, basically making the perfect goalie broom.

“Was on our front porch when we got home last night,” Angela said on her Instagram story. 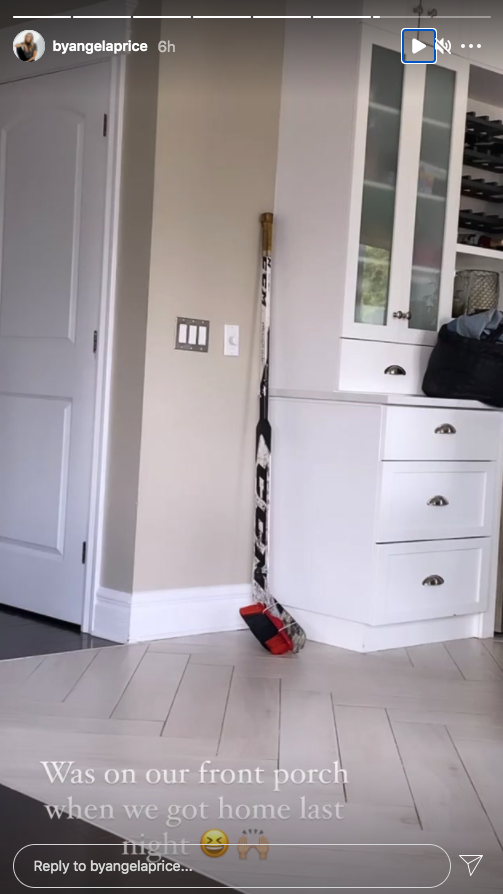 Canadiens fans have good reason to be excited right now.

The Habs were the last team to qualify for the postseason, but are the first team to secure their spot in the final four of the Stanley Cup Playoffs. After falling behind 3-1 to the Toronto Maple Leafs in Round 1, the Habs are on a roll, having won seven straight games since.

Price is a major reason why.

The 33-year-old netminder has been in vintage form, and currently leads all goalies in playoff save percentage (.935).

But after the series-clincher, Price naturally shined the light on his teammates.

“Every chance you get is a golden one,” he said. “These guys are playing as well as any team has ever played.”