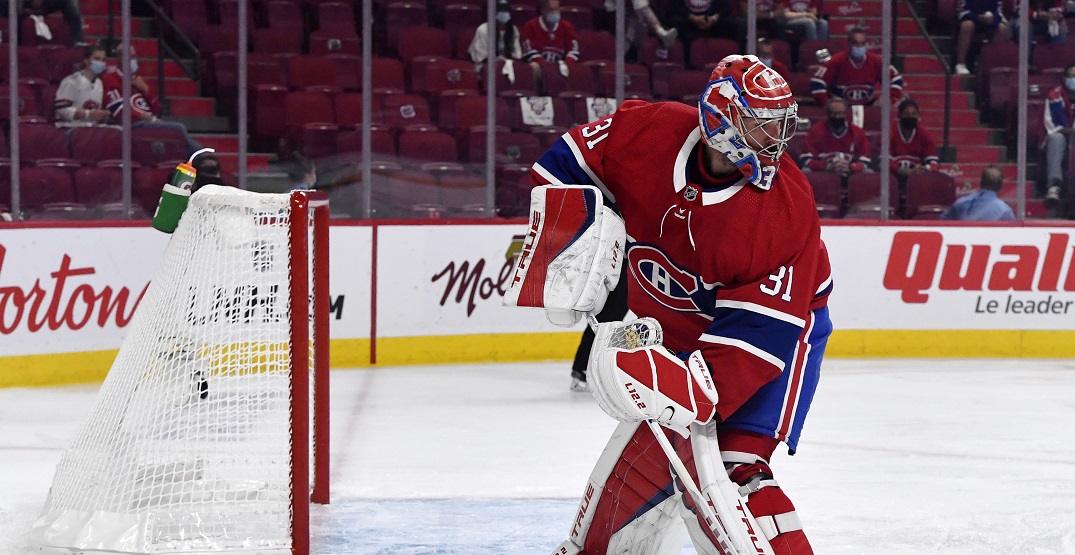 It looks like the Conn Smythe Award could soon belong to Carey Price.

Entering tonight’s Game 1 of the Stanley Cup Final against the Tampa Bay Lightning, a preliminary NHL.com writers’ poll selected Price as the projected winner of the 2020-21 postseason Most Valuable Player trophy.

Based on the numbers alone, it’s hard to argue with the conclusion.

Price has stepped up his game this playoff run, picking up 12 wins while allowing just 35 goals in his 17 playoff games. Behind a well-structured Montreal defence, that’s come out to a 2.02 GAA and a .934 save percentage.

The Conn Smythe is voted on by members of the Pro Hockey Writers’ Association (PHWA).

A notable absence was Victor Hedman, who picked up the Conn Smythe Award last season with Tampa Bay’s championship win over the Dallas Stars.

No other Montreal player received votes, but perhaps that’s a testament to how great their goalie has been because it really would be a tough task to find a more valuable Hab than Price.

Montreal has a deep lineup, but they’ve spread the scoring around, with four different forwards, each sharing the team goal-scoring lead with five apiece.

It’s hard to imagine they’d be in this position with any other goaltender, or at least without one who was able to play with superhuman precision for a two-month stretch.

Canadiens fans probably don’t want to think about it, but there is a chance Price could win the most valuable player award despite not winning the Stanley Cup.