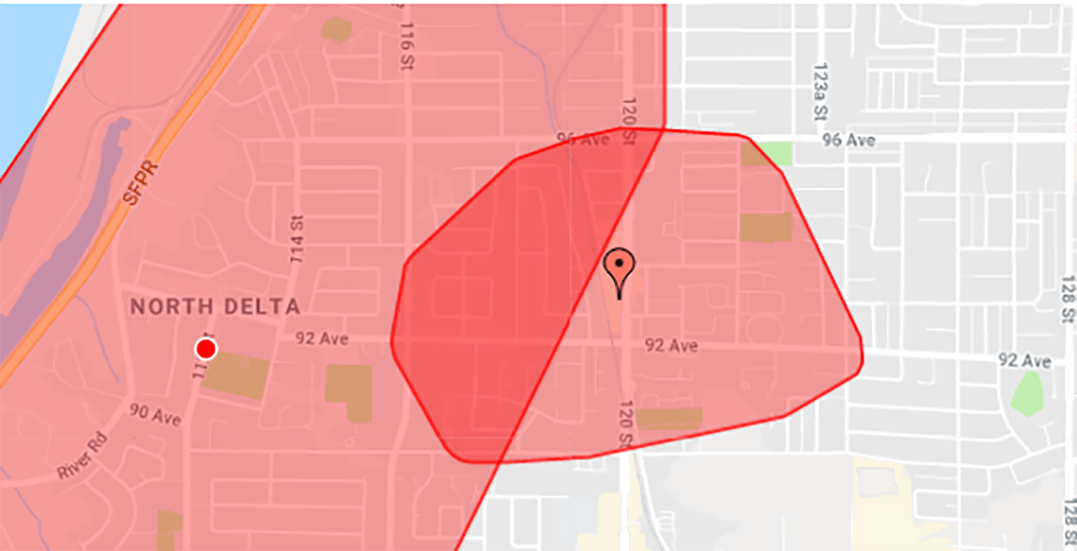 An early morning car crash has knocked out power to approximately 2,000 people in Surrey and North Delta.

Earlier this morning, just before 3 am, Surrey RCMP responded to reports of a single-vehicle collision in the 11900 blocks of 96th Avenue.

A 1997 Honda Accord was travelling westbound when it went off the road and collided with a utility pole.

The collision caused significant damage to the vehicle and knocked out power around the area.

There’s an outage this morning affecting 2,000 customers in the #NorthDelta & #SurreyBC area caused by a motor vehicle accident. Crews are on site and sharing updates here: https://t.co/bi3V4XSEBX pic.twitter.com/qnRUsPXPIJ

The driver, a 24-year-old male, has been taken to the hospital. Fortunately, his injuries are non-life-threatening.

According to a police report, alcohol and speed have not been ruled out as factors in the collision and the investigation is still in its early stages.

A road closure is currently in place on 96th Avenue between 118th Street and 120th Street and is expected to last until further notice.

Motorists are asked to avoid this area during their morning commute and use caution while travelling through intersections that don’t have power.