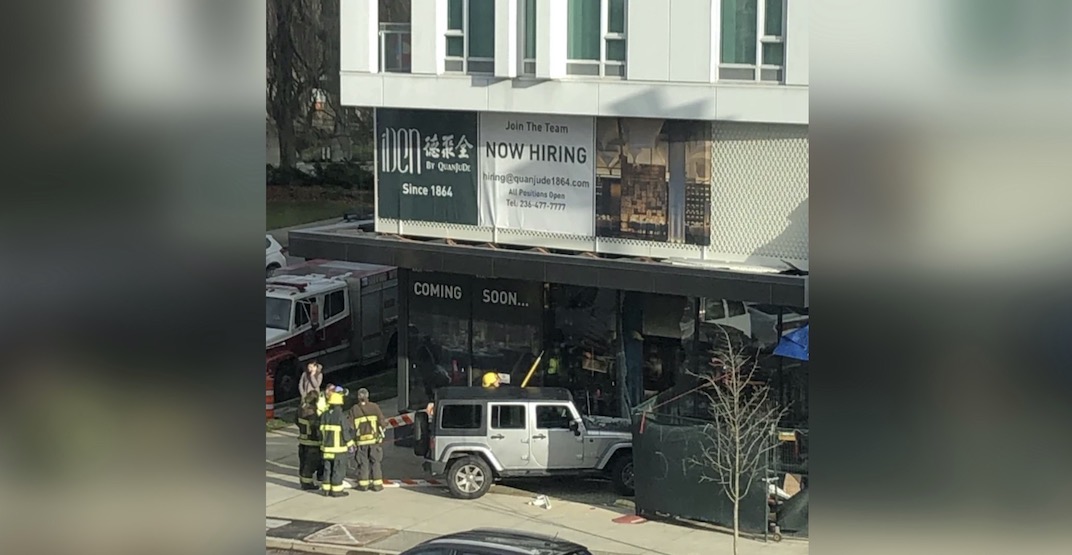 Much-anticipated restaurant Quan Ju De isn’t open just yet, but it looks like something might have delayed the opening even further.

Over the weekend a Reddit user posted an image of a vehicle that had crashed into the restaurant, which is located 12th and Cambie.

The Vancouver Police Department told Daily Hive the accident occurred on January 5 at 1:30 pm, the driver was transported to a local hospital with non-like threatening injuries shortly after.

There we no other people involved and no other injuries reported.

Daily Hive reached out to Quan Ju De to confirm its opening time, the team told us they are hoping for later this month.

Read more about what to expect from Quan Ju De and Vancouver’s first 5-D dining experience.