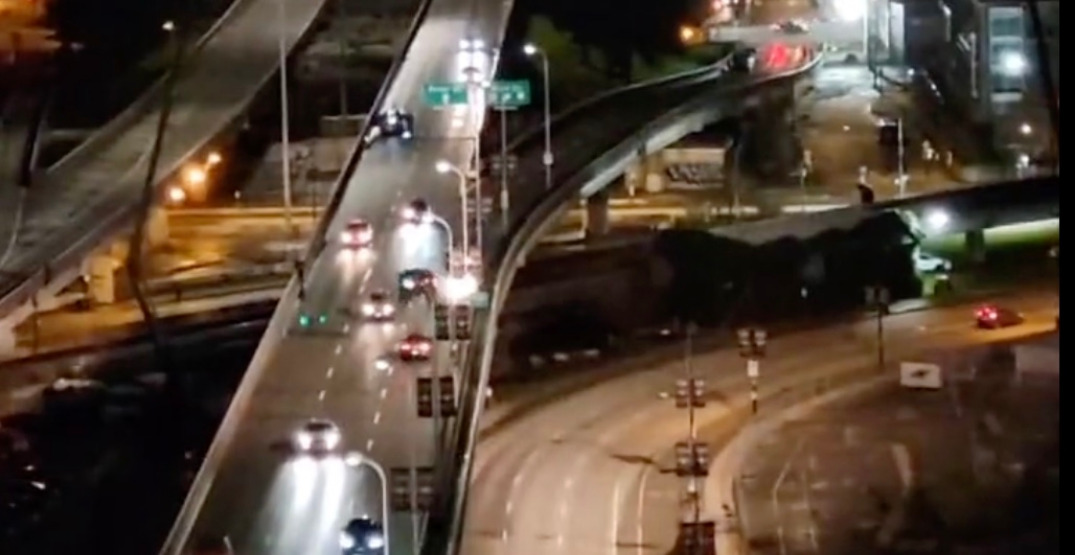 Vancouver residents are very familiar with TV and film shoots happening around the city, but there was a particularly thrilling car chase on the Georgia Viaduct earlier this week.

In a video captured by Twitter user @DoughhhBoy, two cars could be seen weaving in and out of oncoming traffic at dangerously high speeds.

Rest assured it was all scripted and the roadway was closed for the shoot. The Georgia Viaduct was shut down for a full 11 hours.

The shoot was for a new Netflix show called The Night Agent, which is a political conspiracy thriller series that takes place in the USA. The series features Gabriel Basso and Luciane Buchanan in lead roles.

While no official release date has been announced yet, a 2022 release is expected. @DoughhhBoy seemed to not even realize what was going on when he initially recorded the video.

Seeing this without context was quite the trip. pic.twitter.com/hQn5phwD1D

The thrilling Georgia Viaduct car chase was shot on Tuesday, March 22 at around 7 pm.

According to a notice of filming shared online via Twitter, the car chase began in front of Pacific Central Train Station, and continued on through the 1000/900 block of Station Street, before moving onto the 200 block of Prior Street. From there the chase continued “up the wrong way of the eastbound Georgia Viaduct” with the chase ending 200 yards on top of the Georgia Viaduct.

The shoot was being handled by Burnaby-based Pico Productions.