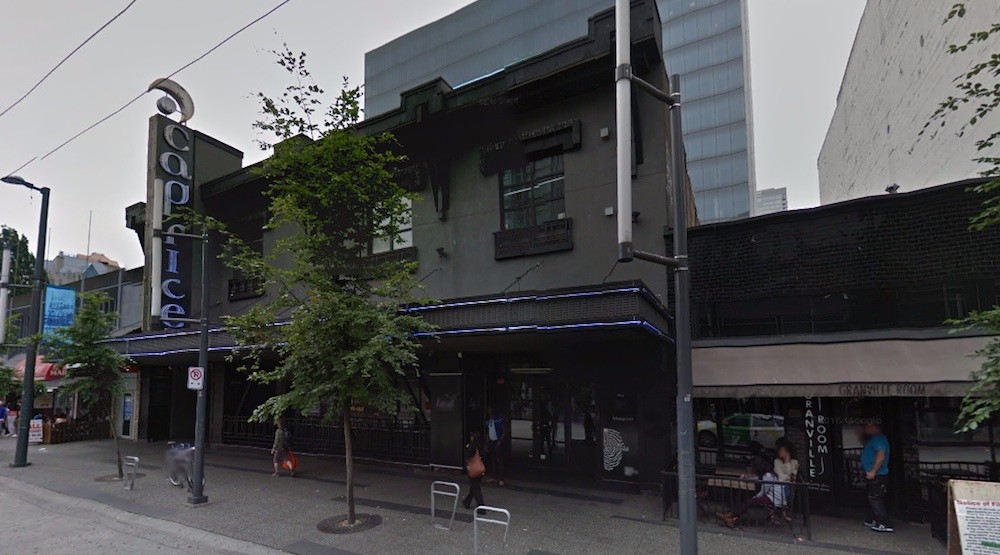 Vancouver Police are investigating another major incident at Caprice Nightclub on Granville Street in downtown Vancouver after three men were stabbed outside the entertainment venue overnight.

The incident occurred at approximately 3 am when two groups of men were involved in a verbal altercation outside the nightclub. A fight broke out after the groups were directed outside, and three men were subsequently stabbed.

All three men were transported to hospital with serious injuries, but they are in stable condition.

A short distance away, officers responding to the scene arrested two men, who remain in police custody. Police have yet to lay charges as the investigation is still in its early stages.

Anyone who may have witnessed the events leading up to the stabbing near Caprice, or anyone who may have obtained smartphone video, is asked to contact the Vancouver Police at 604-717-2541 or Crime Stoppers’ anonymous hotline at 1-800-222-8477.

In August 2016, two women were arrested and a third was hospitalized after a fight inside the nightclub spilled out onto Granville Street. The woman who was hospitalized later died from her injuries.