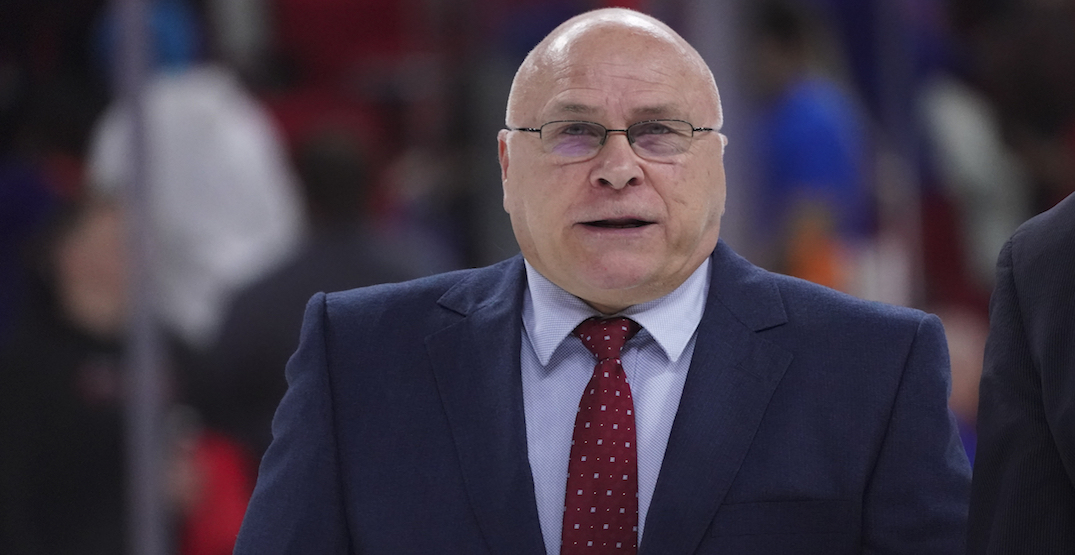 Very surprising news from Long Island this morning, as Stanley Cup-winning coach Barry Trotz is out as head coach of the New York Islanders.

Lou Lamoriello is known for having short patience with coaches, and so out goes the resident of Vernon. He who took Bruce Boudreau’s Washington Capitals and got them over Jim Rutherford and Patrik Allvin’s Pittsburgh Penguins en route to a championship.

We’re asking on our Bodog poll question who you would rather have as head coach of the Canucks next year.

POLL QUESTION: Who would you rather coach the #Canucks?

It is, of course, not that simple. If Boudreau wants the job, he simply exercises his option between now and June 1st, and it’s his gig unless Rutherford and Allvin are prepared to fire him.

Is Trotz worth terminating Boudreau for?

Maybe if you’re the Washington Capitals and keep seeing great team after great team fall short of the mountaintop because of a lack of structure or system.

Trotz is the structure/system master, having used it to squeeze every good drop out of the Nashville Predators before moving on to richer pastures where he even convinced Alexander Ovechkin to play defence.

If these Canucks were close to a Cup, I’d highly consider it. But let me make this clear: he’s one of the few coaches whom I think would merit such a conversation.

I hold him that regard, even if I find his style of coaching at best boring, and at worst near extinction.

As I said all last week, I think Boudreau has earned the right to not only come back, but with a one-year extension.

That isn’t happening, and so all bets are off, including a hearty conversation about Bruce versus Barry, complicated as that might be.