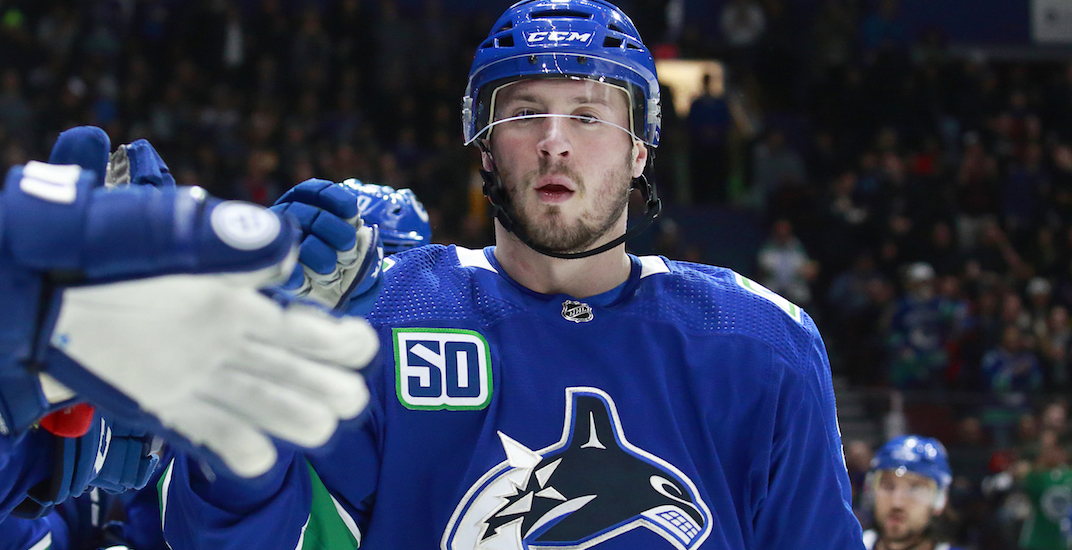 If no exemptions are made to Canada’s 14-day quarantine rule, it won’t just prevent the NHL from choosing a hub city north of the border, it may also prevent the Canucks from holding training camp in Vancouver.

The NHL is expected to begin Phase 2 of its return-to-play plan by early June, allowing voluntary workouts at team facilities. The league is hoping to start formal training camps by July in each team’s home city, prior to convening at two hub cities for a 24-team tournament to decide the Stanley Cup.

But if exemptions aren’t made to the mandatory 14-day quarantine rule, it could pose problems for Canada’s seven NHL teams. In the case of the Vancouver Canucks, it would interrupt the training schedules for the likes of Elias Pettersson and Jacob Markstrom, who returned to Sweden, as well as Brock Boeser, who is currently in Minnesota.

In order to avoid having to quarantine many of their players for 14 days, GM Jim Benning said on a conference call on Wednesday that the Vancouver Canucks are considering holding training camp in the United States.

“It’s a big concern for us,” Benning said regarding the 14-day quarantine rule. “I talked to Travis [Green] about it last night. We’ve talked about it again this morning. We worry about it because that’s 14 days before we’re going to start a gruelling training camp and get into playing playoff-style games. Basically, we’re telling our players they’ve got to sit around their homes or apartments and they can’t do the kind of training that they need to get ready for an NHL training camp.

“I know the government officials are looking at it. We don’t like it, but we understand that we need to do what’s right everybody involved for the safety of people, and so that’s going to trump everything else.”

Playing in the United States could cause issues for Canucks captain Bo Horvat, as his wife is due to give birth to their first child this summer in Ontario.

It remains to be seen whether the federal government will make an exception for the NHL. While the optics of providing different rules to millionaire athletes wouldn’t be great, NHL players would be tested frequently, as it’s in the league’s best interest to keep everyone healthy.

“We’ve talked about [holding training camp in the United States]… It’s something that we’re thinking about but we just want to give it a few more days to see if something is going to change. The perfect scenario, we’d like to use our facilities [in Vancouver]. We’re probably going to have 30-32 [players] here. We have great facilities for our players [at Rogers Arena] so we would like to do that first and foremost, but we’ve talked about moving it off-site too.”

“We’re just going to have to make the best of everything that’s going on and figure out a way through it and prepare the best we can, and go from there.”

There’s still not full clarity on how the JT Miller trade will be completed.

At the moment, the Canucks are neither in the playoffs, nor out of them, as they prepare for a “qualifying round” series against the Minnesota Wild.

Benning said he was going to confirm with the league later on Wednesday, but that it is his understanding that the result of the series with the Wild would determine what happens with their draft pick.

In other words, if the Canucks beat Minnesota, they would qualify for the 16-team Stanley Cup playoffs and would surrender their 2020 pick to New Jersey. If they lose to Minnesota, Vancouver would get a lottery pick in 2020 and lose their 2021 pick instead.

The Canucks could be 100% healthy when play resumes.

Benning said he’s had “positive reports” on both Micheal Ferland (concussion) and Josh Leivo (fractured kneecap), though their playing statuses are still unclear.

“They both are doing physical therapy in their rehab to come back. As we get closer to the [playing] date, we’ll have to see where they’re at, and make that determination then if they’re able to play or not.

“I’ve had positive reports, but we’ll just have to see as we get closer to playing.”

Leivo hasn’t played since December 19, while Ferland last played for the Canucks on December 10.