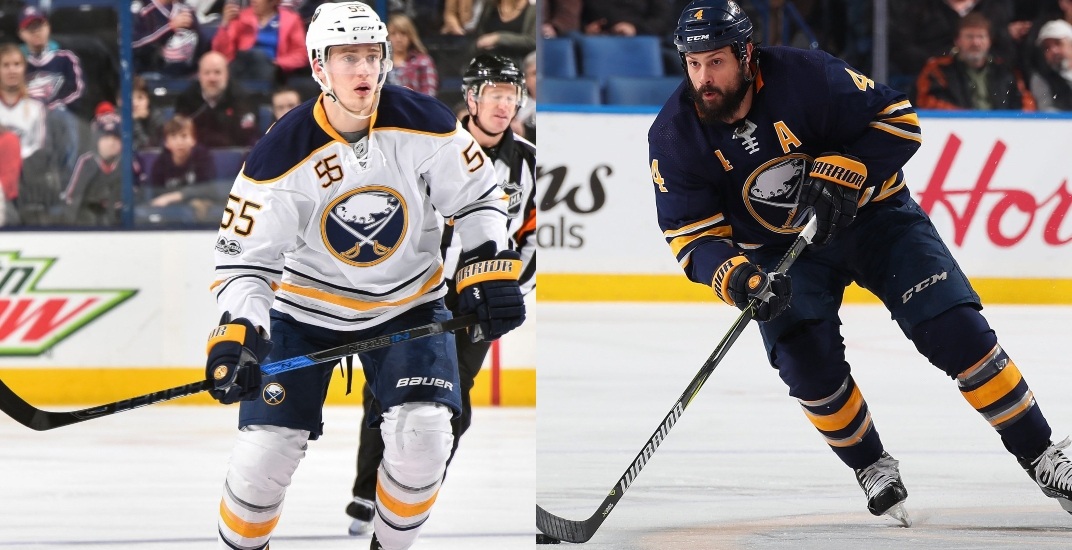 If where there’s smoke, there’s fire, then you can bet Canucks GM Jim Benning is burning up the phone lines this week.

The draft just three days away, and Benning is rumoured to be in hot pursuit of a defenceman.

With Alex Edler possibly heading to unrestricted free agency on July 1, the two names most commonly linked to Vancouver are Tyler Myers and Jake Gardiner. Given the unimpressive list of free agent blueliners available, both Myers and Gardiner are likely going to cash in on over-inflated contracts.

If that prices the Canucks out of the sweepstakes, as it should, Benning may turn to the trade route to upgrade his defence.

According to a report from Sportsnet 650’s Rick Dhaliwal, the Canucks are talking with the Buffalo Sabres, with one of defencemen Rasmus Ristolainen or Zach Bogosian as the focus.

Source : #Canucks seem to be talking with Buffalo about a defenseman, not sure if its Rasmus Ristolainen or Zach Bogosian.

Ristolainen is the more intriguing name for a number of reasons.

A 24-year-old offensive defenceman, Ristolainen has scored 40+ points in each of the last four seasons. The 6-foot-4 Finn is also a right shot, and given the Canucks are thin on the right side of their defence, could be a good fit.

Ristolainen’s critics – of which the analytics community is one – will point to his spotty defensive play. He finished with the second-worst Corsi-for percentage among Sabres regulars on defence, not to mention the worst plus-minus in the entire league.

Bogosian, on the other hand, has just one more year on his current deal, paying him $5.14 million.

A former third overall draft pick, Bogosian scored 19 points in 65 games with Buffalo last season. Also a right shot, the 28-year-old wouldn’t cost as much as Ristolainen in a trade.

The Sabres haven’t made the playoffs in eight years, so taking back draft picks probably wouldn’t be overly enticing for them. The Canucks have a glut of forwards they can offer up in a trade, though it remains to be seen if one of the players Benning may be willing to part with would pique their interest.