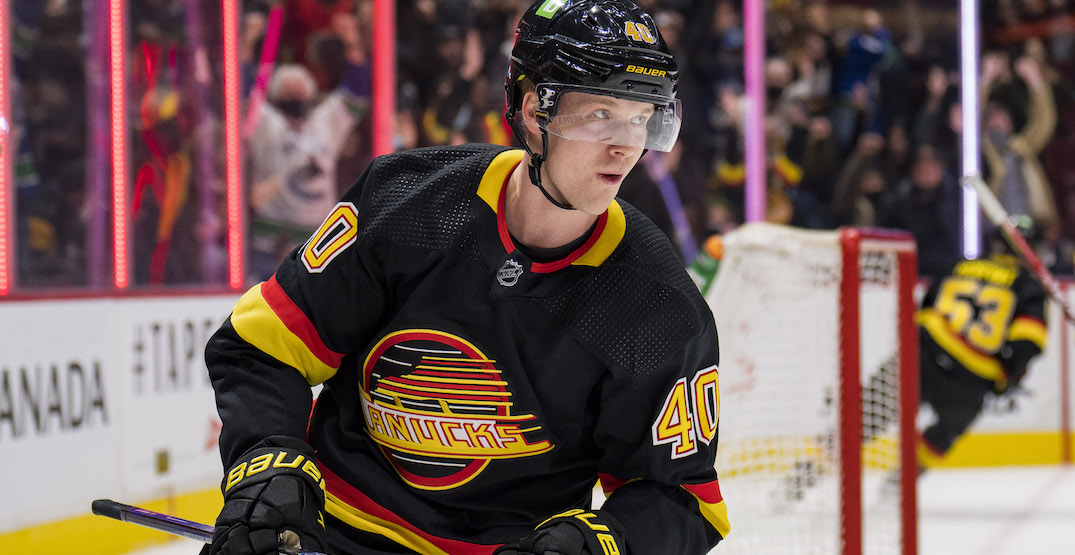 What a long, strange journey this season has been for the Vancouver Canucks.

A season that started out with optimism, soon turned to disaster. By December, a Canucks jersey had been thrown onto the ice at Rogers Arena, soon followed by multiple firings in management and the coaching staff.

Nobody gave them a chance to make the playoffs at that point, and it looks like they will indeed miss the postseason for a second straight season. But this group has put up one heck of a fight, getting results that nobody could have predicted when Bruce Boudreau took over.

Also improbable? Elias Pettersson is having a career year.

Whether it was an injured wrist, confidence issues, or otherwise, Pettersson was having a miserable season until mid-January.

#30 on the campaign for Petey 🎉 pic.twitter.com/1jRvXAvu5d

On Thursday night, Pettersson added to his career-high in goals, hitting the 30-goal plateau for the first time in his career, before adding goal No. 31 later on.

The Canucks now have three 30-goal scorers this season for the first time in 26 years. Bo Horvat has 31 goals, while J.T. Miller has 30, with a chance to add to that total.