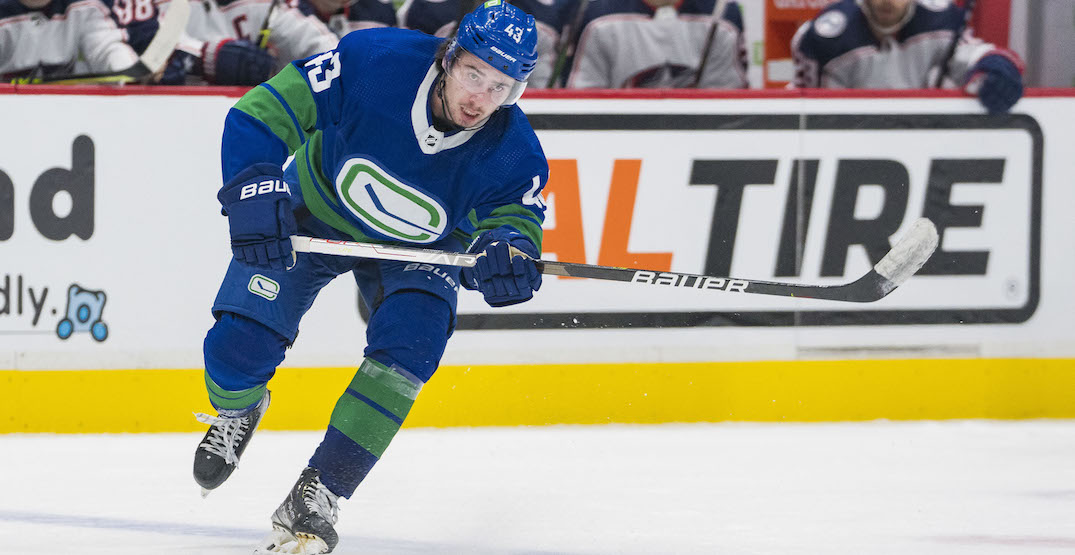 The will-he-won’t-he finish to Quinn Hughes’ season appears very much to be in the “he will” side of things as we approach the final week of the Vancouver Canucks‘ season.

Eight points in the last four games by Hughes has vaulted his year into rarified air. Only Doug Lidster’s 63-point season has ever been better by a defenceman in a Canucks uniform.

And it’s about time. Not only because the record goes all the way back to 1986-87, but because it’s not exactly the most gaudy total for a 50-year-old franchise. Heck, the expansion cousins from Buffalo have had nine seasons from a defenceman that exceed Lidster’s totals… and yes, seven of those came from one guy in Phil Housley. (John van Boxmeer had the other two).

But that’s just the point. Over the course of five-plus decades, you’d think the Canucks would have had their own Phil Housley. It only takes one. Housley had three seasons of 70 points or more. He got to 81 points in 1990.

The Canucks have that guy now, finally, in Hughes. And that’s with all due respect to the great seasons the Canucks have already seen on the blue line.

Different category, but Adrian Aucoin had a 23-goal season! Dennis Kearns had a 55 assist year en route to 60 points. Rick Lanz had a few good seasons, and his leaving for Toronto ultimately allowed Lidster to slide in and get the record. And then there was a hobbled Paul Reinhart, who by resume and skillset, maybe along with Jyrki Lumme, had the best chance to set the record, but they never quite put it all together. Both topped out in the mid-50s of point totals.

Hughes already has a piece of the assist record, the points record will fall as well. He’s unlikely to challenge Aucoin’s 23 goals, but if he even improved his goal-scoring a little… an 80-point season isn’t out of the question for Hughes. Especially if the team truly turns a corner into a contender.

I hope the stats keepers have got a bunch of liquid paper and sharpies on hand, cause the history books are about to be rewritten.