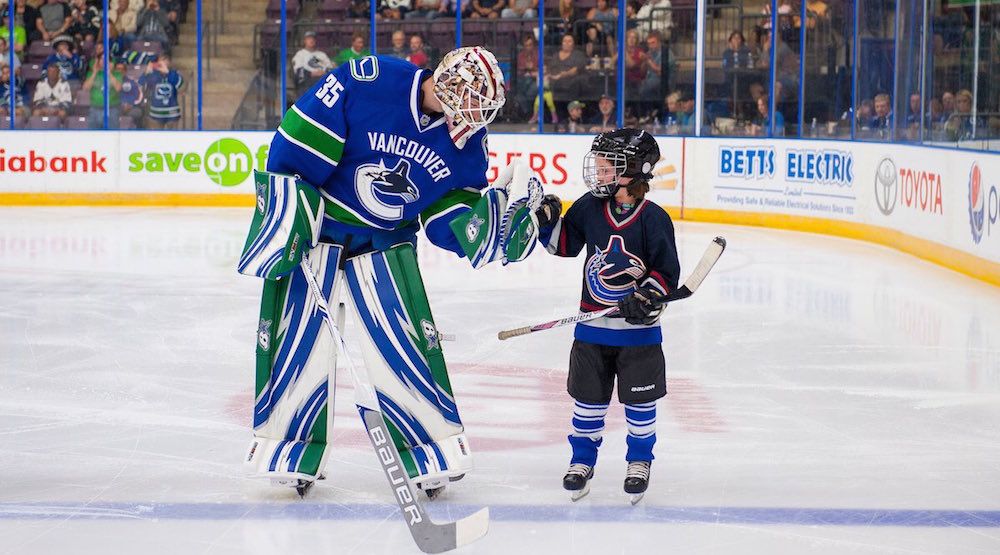 Canucks goalies of past, present, and future will be present at tonight’s game in Florida as Jacob Markstrom faces Roberto Luongo, while prospect Thatcher Demko sits on the bench.

Demko was recalled by the Canucks on Saturday to fill in for Ryan Miller, who left Thursday’s game against the Lightning with what is believed to be a minor injury.

It’s unlikely that Demko, who just turned 21, will get into any game action. The Comets’ other regular goalie, Richard Bachman, is currently out with a groin injury.

After starting his pro career with four straight losses, Demko has got on a bit of a run, winning seven of his last nine games. His save percentage, which was in the toilet only a few weeks ago, has climbed steadily and is now up to .909 on the season.