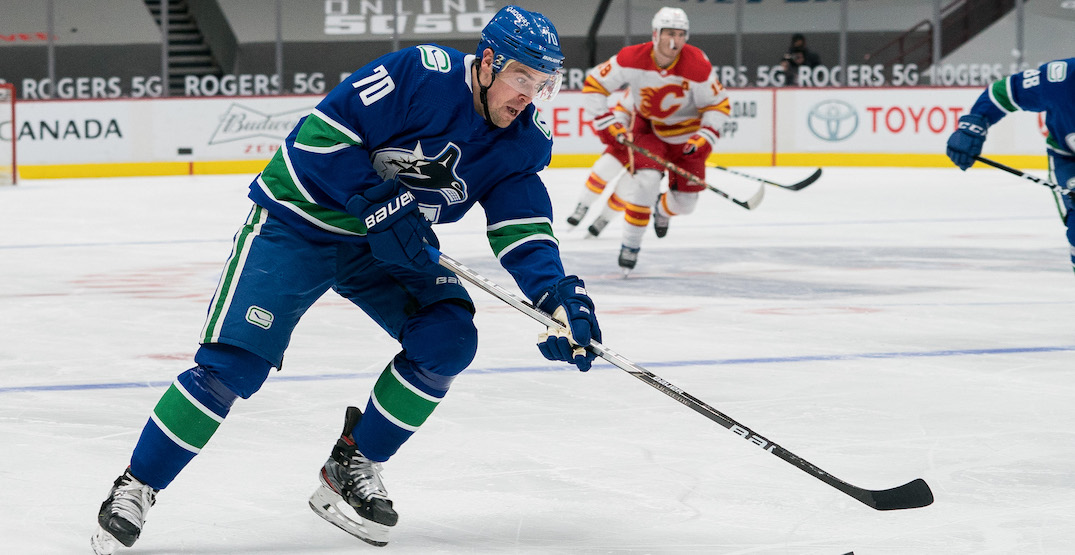 Tanner Pearson is here to stay.

The Vancouver Canucks have signed the 28-year-old winger to a three-year contract extension worth $3.25 million per season.

“Tanner is a veteran who’s won a Stanley Cup and leads by example,” said Canucks GM Jim Benning in a media release. “He plays a complete game and provides invaluable leadership experience to our core young players. We are very pleased for Tanner and his family to continue his career as a member of the Vancouver Canucks.”

Pearson was eligible to become an unrestricted free agent this summer, as he’s in the final year of a four-year contract that carries a $3.75 million cap hit. He was much talked about as potential trade bait ahead of Monday’s trade deadline.

Pearson is currently on injured reserve, and is one of the few Canucks players who hasn’t landed on the NHL’s COVID list.

The 6-foot-1, 200-pound winger found quick chemistry with Bo Horvat after being acquired in a trade with the Pittsburgh Penguins on February 25, 2019. Pearson has compiled 68 points in 121 games since coming to Vancouver, spending most of it on Horvat’s left wing.

While Pearson is a hard worker and can play up and down in the lineup, there is some risk in signing him to a three-year deal, given he’ll turn 30 years old in 16 months. If his production this season is a sign that he’s slowing down, the Canucks may have hitched their wagon to an expensive third-line winger.

On the flip side, if this shortened-season proves to be nothing more than a blip and he ages well, the deal will turn out fine. Like most deals, time will tell.

The Canucks also made Thatcher Demko’s contract extension official. Demko signed a five-year contract worth $5 million per season, which was reported last week, but not officially announced due to the COVID outbreak within the team.

“Thatcher is an important part of our team,” said Benning. “He’s taken a big step in his development this year, displaying a strong work ethic and composure in his game. At every level of play Thatcher has excelled, from college to the AHL and now as a starter in the NHL. We are excited to have Thatcher be a key contributor to our long-term success.”