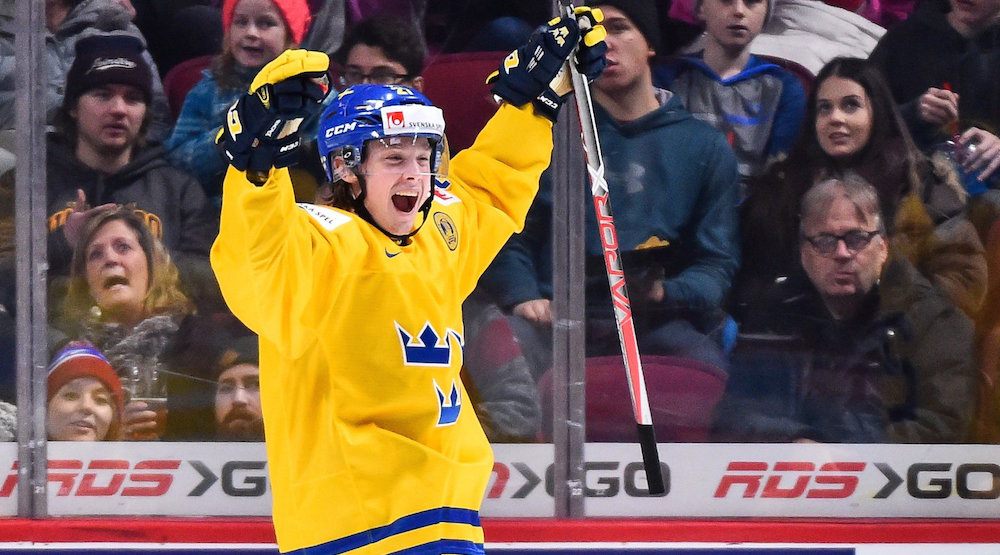 A day after one of their young players bolted to Europe, the Canucks appear ready bring one back to North America.

GM Jim Benning announced on Friday that the Canucks have signed 19-year-old prospect Jonathan Dahlen to a three-year entry-level contract.

“Jonathan is a very skilled player with good hands and goal scoring abilities,” said General Manager Jim Benning. “He had a terrific year playing in Sweden and we’re excited to see him at training camp as he continues to grow and develop into an NHL player.”

Indeed Dahlen is a player to get excited about. He’s got talent and loads of potential.

A second-round pick by the Ottawa Senators in last June’s NHL Draft, Dahlen was acquired by the Canucks in exchange for Alex Burrows in February.

The 5-11, 176-pound forward finished his second full season of professional hockey with Timra in Sweden, registering 44 points (25-19-44) in 45 games. Dahlen was the recipient of the Golden Cage Award this season, given annually to the best junior player in the Allsvenskan.

It’s probably too early to expect Dahlen to compete for a roster spot next season, although it certainly wouldn’t be unprecedented. Dahlen is eligible to play in the AHL, which is where he’s likely to end up in October.