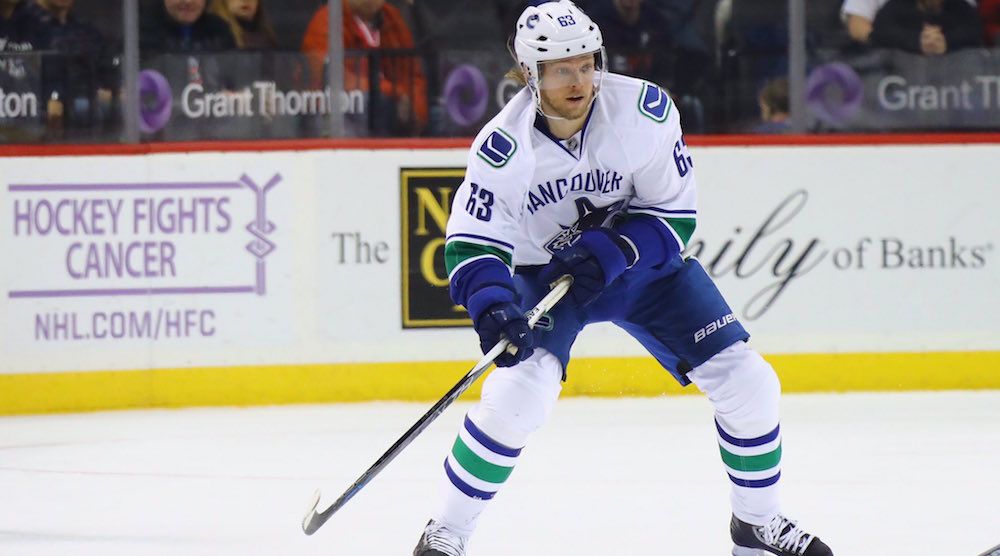 Nikita Tryamkin wasn’t the only Canucks defenceman to decide to return to the KHL on Thursday.

Philip Larsen is heading back to the league that he called home for two seasons prior to joining the Canucks, signing a two-year contract with Ufa Salavat Yulaev in Russia.

This one won’t hurt nearly as much for Vancouver, as Larsen clearly wasn’t in their future plans anyway.

The Danish defenceman was acquired from the Oilers for a fifth-round draft pick on February 24 of last year, and signed to a new contract on July 1. GM Jim Benning brought Larsen in to fix his team’s power play, on the heels of his impressive 36-point season with Jokerit Helsinki.

The experiment was a colossal failure.

Much like his previous tour of duty in the NHL with Edmonton, Larsen struggled mightily at even strength. He simply wasn’t an NHL-calibre defenceman. On the power play, which was supposed to be his bread and butter, he wasn’t much better.

The 27-year-old was quickly passed on the depth chart by rookie defenceman Troy Stecher, which made Larsen redundant.

It was a nightmare of a season for Larsen, who also suffered a scary injury when he was hit by the Devils’ Taylor Hall on December 6. He was in and out of the lineup after he returned to game action on February 2.

In the end, Larsen played just 26 games, scoring one goal and five assists in 16:28 of average ice time.