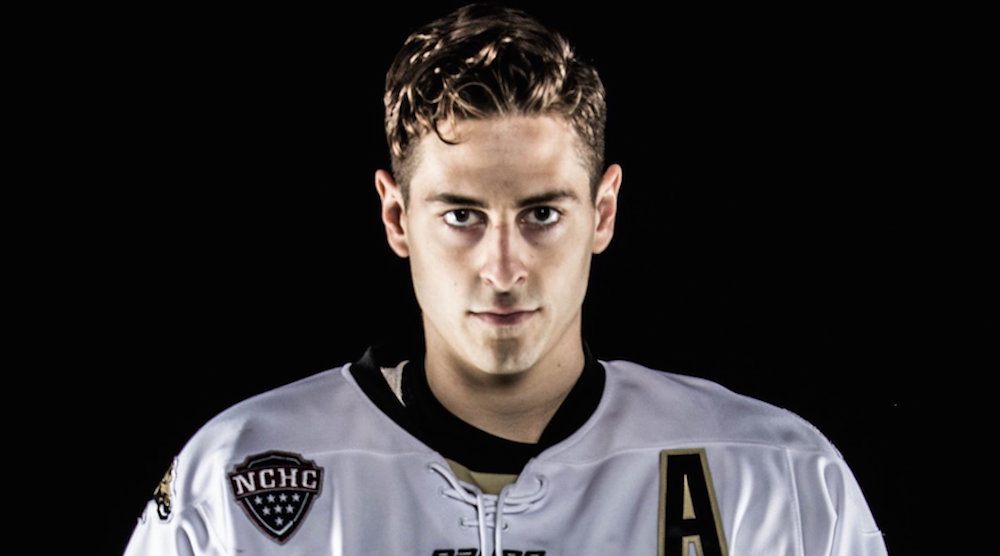 “Griffen is a competitive two-way forward with good speed and defensive instincts,” said Canucks GM Jim Benning in a media release. “He’s made significant contributions to Western Michigan’s success over two seasons and we’re excited to have him join our organization and take the next step in his development.”

While Molino’s numbers in NCAA hockey aren’t eye-popping, he had 33 points (15-18-33) in 40 games with Western Michigan last season as a 23-year-old, he will provide the Canucks with some organizational depth.

Molino finished second on the Broncos in scoring this season, and led the team with 25 points (11-14-25) the year prior.

The 6-foot-0, 185-pound forward from Trenton, Michigan was named to the NCHC All-Academic team, so perhaps we should assume he’ll bring a high hockey IQ?

While Molino doesn’t cost the Canucks anything in terms of assets, he does eat up a contract spot. With teams only allowed 50 contracts, that’s not insignificant.

Prospect guru Ryan Biech has uncovered details of Molino’s deal, as well as the very interesting tidbit that we could see the 23-year-old in a Canucks uniform this season.

Unlike Brock Boeser, Molino won’t be dropped into the lineup immediately though, as the Canucks will play the Anaheim Ducks on Tuesday without him.