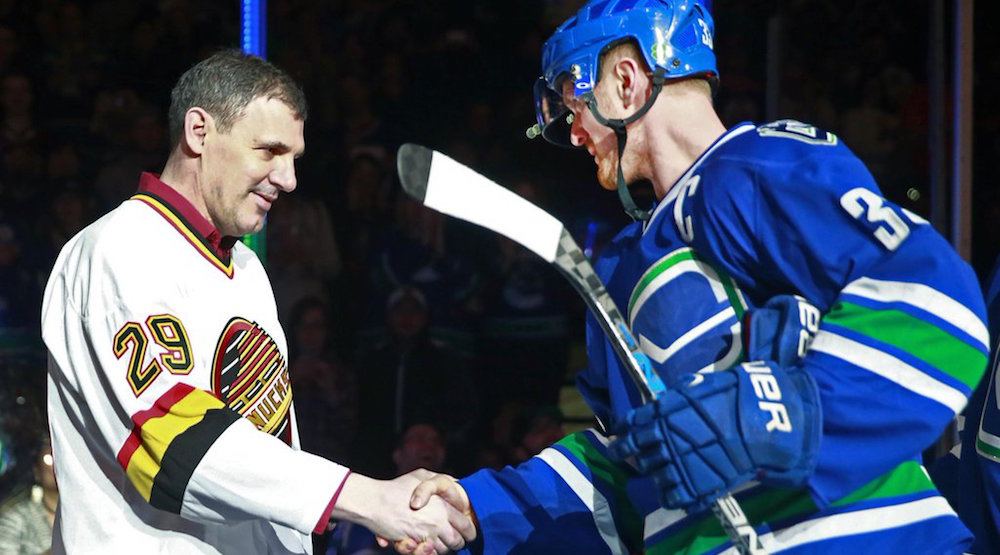 A special screening of a movie about fighters in hockey will benefit the Gino Odjick Foundation on Thursday.

Ice Guardians is a documentary that takes an in-depth look into the history and role of NHL enforcers. The film, which was named a “top 10 documentary for 2016” by Newsweek, speaks to a number of notable former enforcers, as well as former star players like Brett Hull and Wendel Clark.

The documentary will be played at the Rio Theatre in Vancouver, with partial proceeds being donated to the Gino Odjick Foundation. Following the film there will be a special Q&A with former Vancouver Canucks enforcer Gino Odjick, as well as the filmmakers.

It’s been nearly three years since Odjick, the Canucks’ all-time penalty minutes leader, was diagnosed with terminal heart disease. He was given only weeks or months to live.

A year later Gino thankfully turned a corner, and is reportedly doing much better. That makes it extra wonderful to see him at events like these.

The role he played during his 12-season career was a controversial one, to say the least. With what we now know about concussions, it’s become increasingly controversial, so hearing from the players who literally fought for a living may pique your interest.