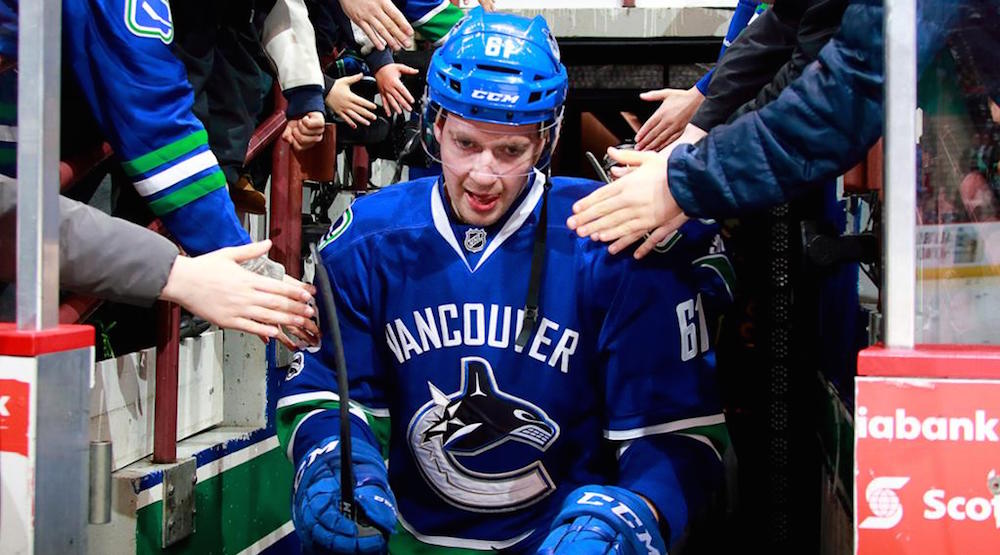 Of all the call-ups the Vancouver Canucks made from Utica last season, none was more surprising than Evan McEneny.

When the Canucks were stricken with the mumps back in February, they turned to the Comets for help. McEneny, unknown to most fans in Vancouver at the time, was part of the call-up contingent.

On Wednesday, the Canucks re-signed the 23-year-old defenceman to a two-year, two-way contract.

McEneny came a long way last season, appearing in a game with the Canucks on February 25th and scoring 23 points (8-15-23) in 64 games with the Utica Comets.

The season prior, McEneny was toiling in the ECHL with the Kalamazoo Wings.