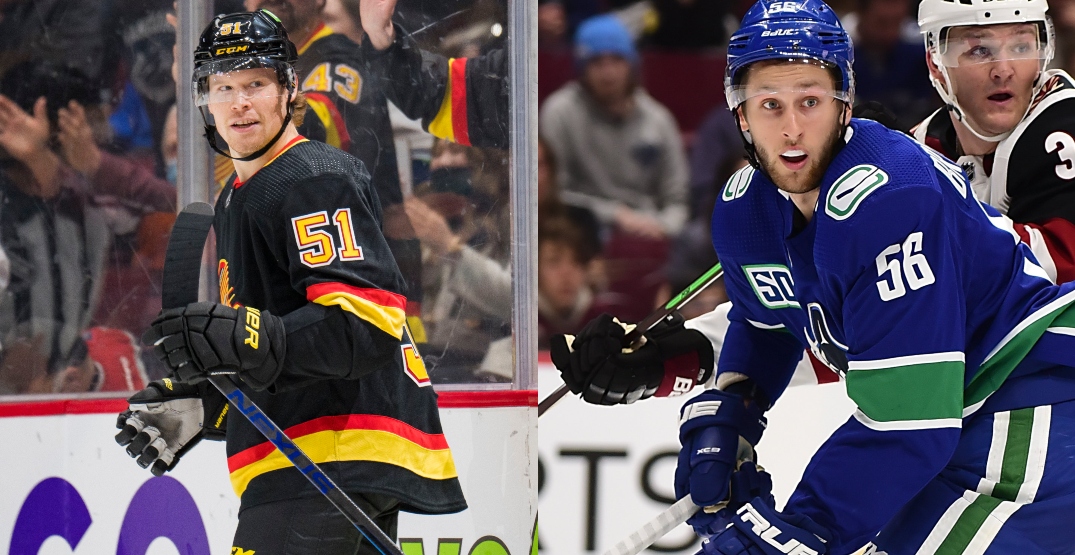 The most significant signing is centre Sheldon Dries, who inked a two-year contract extension. Defenceman Guillaume Brisebois and centre John Stevens have been re-signed to one-year deals.

Dries and Stevens were set to become unrestricted free agents on July 13 if they remained unsigned, while Brisebois was a pending RFA. They’re depth signings, as they each played more for Abbotsford than Vancouver last season.

The two-way deals mean that the players can be paid less than the NHL’s $750,000 minimum salary when they are in the AHL.

Dries is undersized at 5-foot-9 and 180 pounds but didn’t look out of place in 11 NHL games last season, scoring three points (2-1-3). The 28-year-old was one of the AHL’s leading goal-scorers, finishing fourth overall with 35 tallies. He also finished second on the Abbotsford Canucks in points (62), in what was his first season in the Canucks organization.

Brisebois, 24, has appeared in just 10 NHL games since the Canucks drafted him in 2015, with a pick acquired in the Eddie Lack trade. He played just one game with Vancouver last year, and 26 with Abbotsford, scoring seven points (2-5-7) in 26 AHL games.

John Stevens had a productive season in Abbotsford, finishing fourth on the team in scoring with 43 points (19-24-43) in 68 AHL games. The 28-year-old from Springfield, Massachusetts, has yet to play an NHL game in his career.