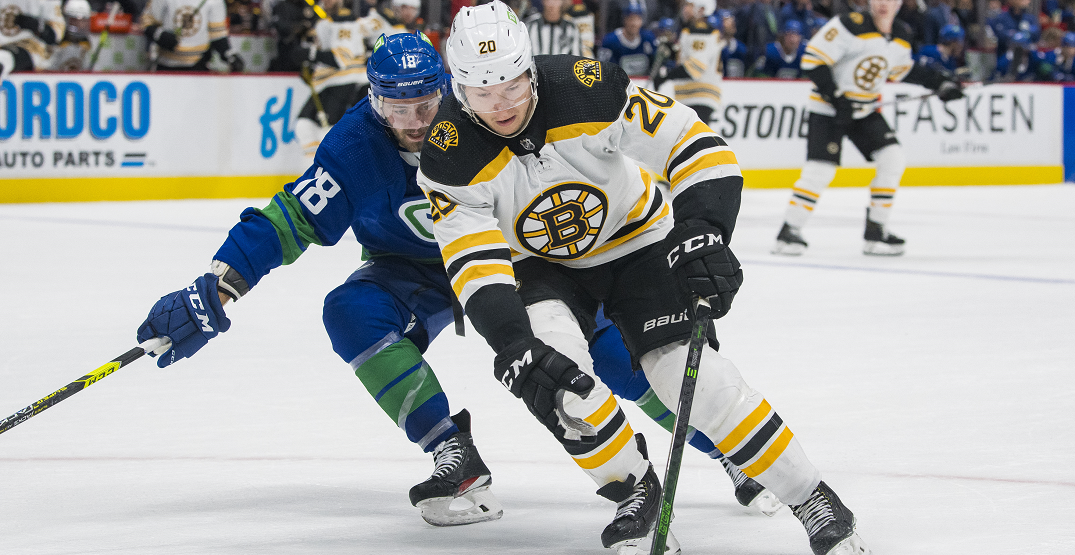 The Vancouver Canucks have signed Curtis Lazar to a three-year deal.

Per Sportsnet’s Elliotte Friedman, the deal is worth $1 million per season, or $3 million over the course of the contract.

A former first round pick, Lazar has played eight seasons for four teams: the Bruins, Senators, Flames, and Sabres. He has 35 goals and 55 assists in 404 games.

Lazar was drafted by the Senators in 2013, as he was selected 17th overall in the first round. He was then traded to Calgary in 2017 as part of a multi-player package.

Lazar most recently was on a two-year, $1.6 million contract that he signed with the Sabres as a restricted free agent in 2019, before being traded to the Bruins last April.

Lazar has a local connection to the Canucks, having been born in Salmon Arm, BC. He was a member of the Memorial Cup-winning Edmonton Oil Kings roster in 2014, having spent a four-year career in the WHL before making the jump to the pro ranks.

“Curtis is a valuable addition to our group,” said Canucks GM Patrik Allvin. “He grew up a Canucks fan, was raised in BC, and already has a strong connection to our club. He is a responsible 200-foot player who can line up at centre or on the wing. Curtis brings energy, an ability to kill penalties and takes draws from the right side, which will be extremely valuable for our team.”

The Canucks also announced that they’d signed Wyatt Kalynuk on a two-way deal.

Kalynuk is a 25-year-old defenceman who’s played 26 NHL games over the past two seasons with Chicago after being drafted in the seventh round in 2017 by Philadelphia.