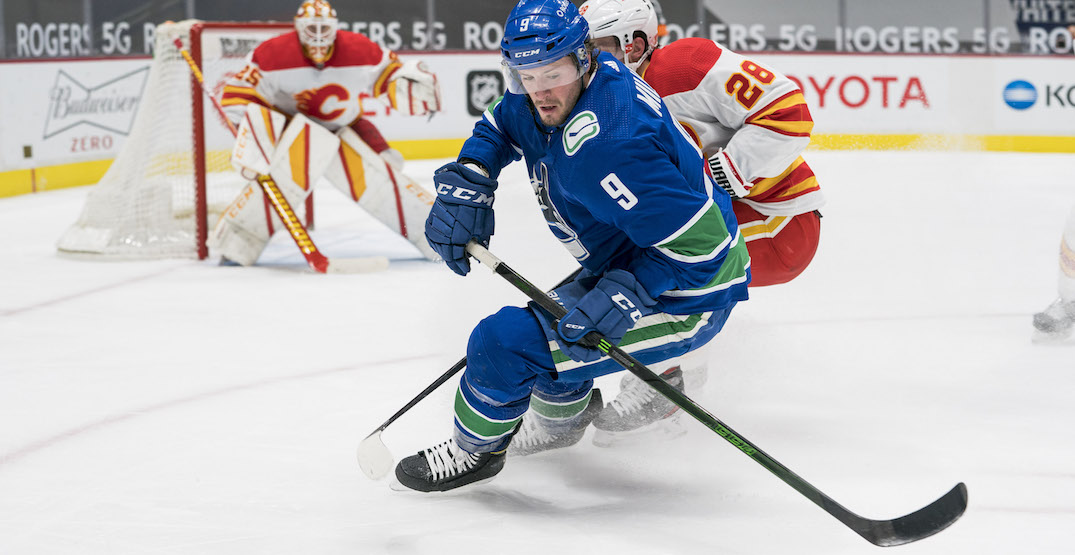 The Vancouver Canucks are trying to sell J.T. Miller in a buyer’s market, deep with top-six forwards.

The player also wants a rich contract extension, and rightfully so after a 99-point season in which he was the Canucks best skater.

As free agency begins Wednesday, the Canucks may have to wait out the signings to see who is left wanting when it comes to offensive forwards.

Look at this tweet from Bleacher Report’s Adam Herman:

It’s looking more and more like the Canucks should have moved Miller last year before the deadline. An acquiring team would have had him for two postseasons (not just one) and considerations of an extension would have been that team’s problem and months (not days) away.

Instead, the Canucks are not letting trade inquisitors talk to Miller’s camp directly, and one has to think there will be some sticker shock at the price. Don’t blame Miller, he’s 29 and this is his last chance at a huge payday.

And yet, because of the quality and quantity of free agents set to hit the market, there are going to be better prices than what Miller may want on an extension, and without having to give up players in a trade.

The only good news is that at least Miller’s contract extension would kick in next season when hopefully the NHL salary cap will rise more than the measly $1 million it went up for this coming season.

President of Hockey Operations Jim Rutherford was quoted yesterday saying that if you want badly to make a deal, you usually make a bad deal and he’s absolutely right.

This one may take more patience and test the fan base.

In the interim, the Canucks should hope that teams like Seattle, Detroit, and Ottawa — teams that have cap space and are trying to take a step up competitively — win most of the top-six forward bidding wars in free agency.

Perhaps that will leave some contenders desperate, and willing to pay up for Miller.