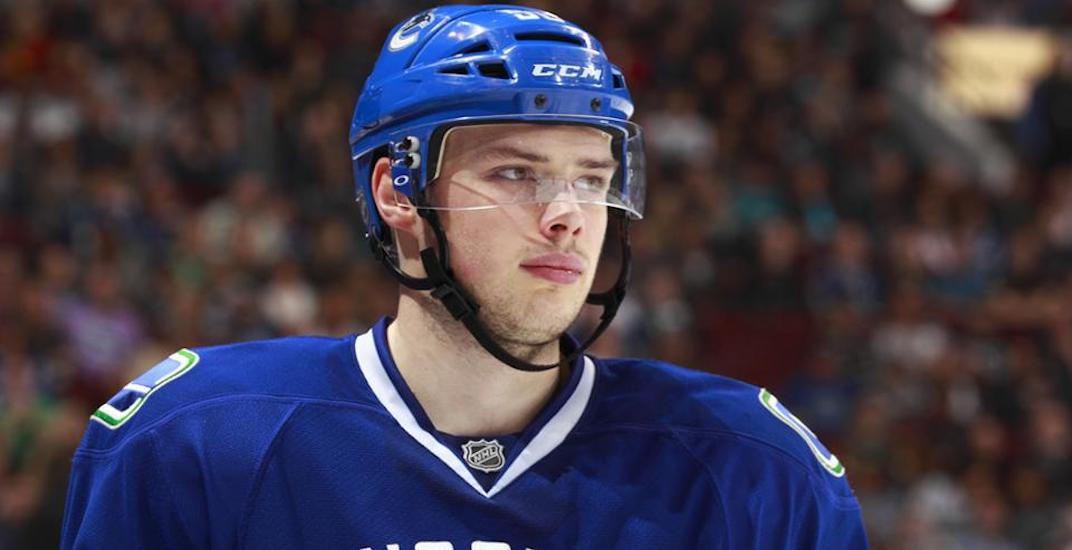 Brendan Gaunce has been signed to a two-year contract with the Vancouver Canucks. (NHL)

At 6’2″ and 217 lbs, Brendan Gaunce is a force to be reckoned with as a centre for the Vancouver Canucks.

He made that clear to opponents throughout last season, netting a solid 94 hits in the 57 games he played. That’s more than any other forward on the Canucks.

Even factoring in the defence, he still lands second on the team for hits per game with 1.65.

Gaunce also got into a tussle with the New Jersey Devils’ Damon Severson last December, proving he can handle his own if the gloves come off.

Today, Canucks management announced he has been signed onto a two-year, one-way contract with the team that will see him netting an annual average salary of US$750,000.

Gaunce may not have been a sharpshooter in his games as a Canuck so far—he posted zero goals, five assists, and 33 penalty minutes last season—but he has proven his ability with the puck while playing for the Utica Comets the year before, with career bests of 17 goals and 21 assists over 41 games.

The young Sudbury, Ontario native was picked up 26th overall in the first round of the 2012 draft, and it’s clear that he will remain a part of the rebuild—at least for another two years.