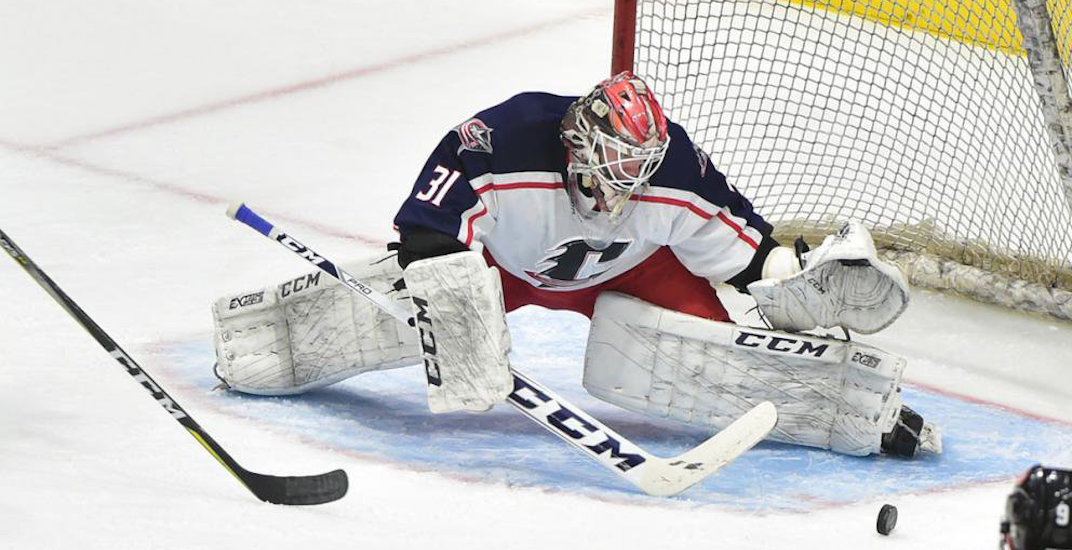 The Vancouver Canucks have made a depth signing, adding 21-year-old goaltender Ivan Kulbakov to their organization, according to player agent Dan Milstein.

Kulbakov split last season, his first in pro hockey, with the Columbus Blue Jackets’ AHL affiliate in Cleveland, as well as Quad City in the ECHL. His numbers were hardly spectacular in either league, posting a .861 save percentage in eight AHL games, to go with a .902 save percentage in 22 ECHL games.

A native of Belarus, Kulbakov represented his country at the World Championships, but again, his numbers didn’t sparkle. The team’s third-string goaltender, Kulbakov faced 20 shots in the two games he appeared in, making just 14 saves.

Perhaps newly named goalie coach Ian Clark sees something in him. Clark should be somewhat familiar with Kulbakov from his time with the Blue Jackets.

If you’re looking for positive numbers, check out Kulbakov’s season in the USHL in 2016-17, where he posted a .919 save percentage in 52 games with the Youngstown Phantoms.

Kulbakov signed an AHL deal, but judging by his numbers, it’s safe to assume he won’t take playing time away from Thatcher Demko or Richard Bachman, who are expected to be the goaltenders in Utica again next season.

Should Kulbakov not make the Comets, he’ll likely see time with the Canucks’ ECHL affiliate in Kalamazoo.