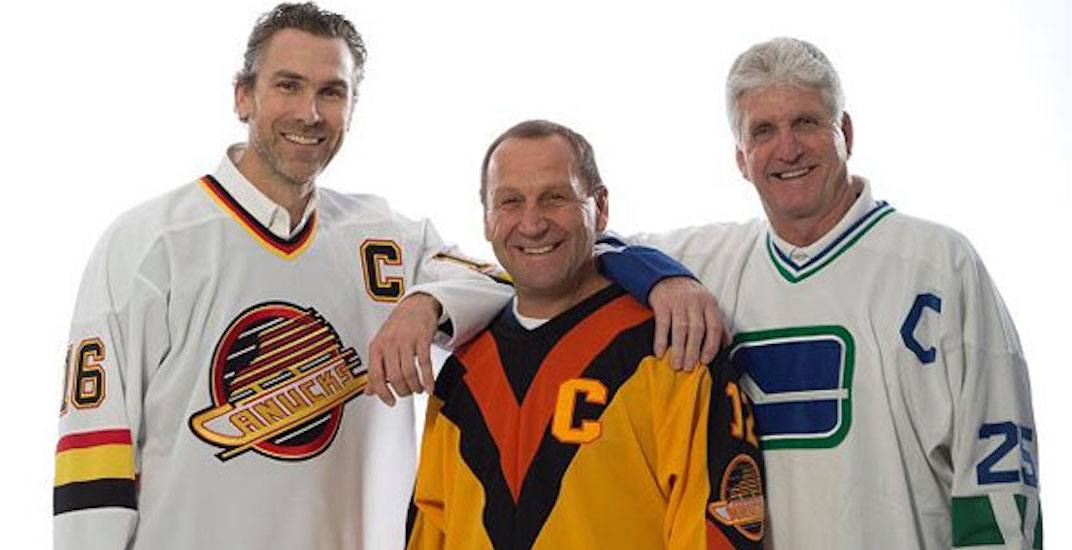 It’s been debated in Vancouver since the dawn of time.

What jersey should the Canucks wear?

Forty-eight years after the team entered the NHL, fans still can’t come to a consensus.

Ditch the whale. Leave it alone. Bring back the skate jersey. Keep blue and green. Go with Johnny Canuck.

The Canucks franchise has had an identity crisis for much of its existence, making more drastic changes to their look than any other team in NHL history. 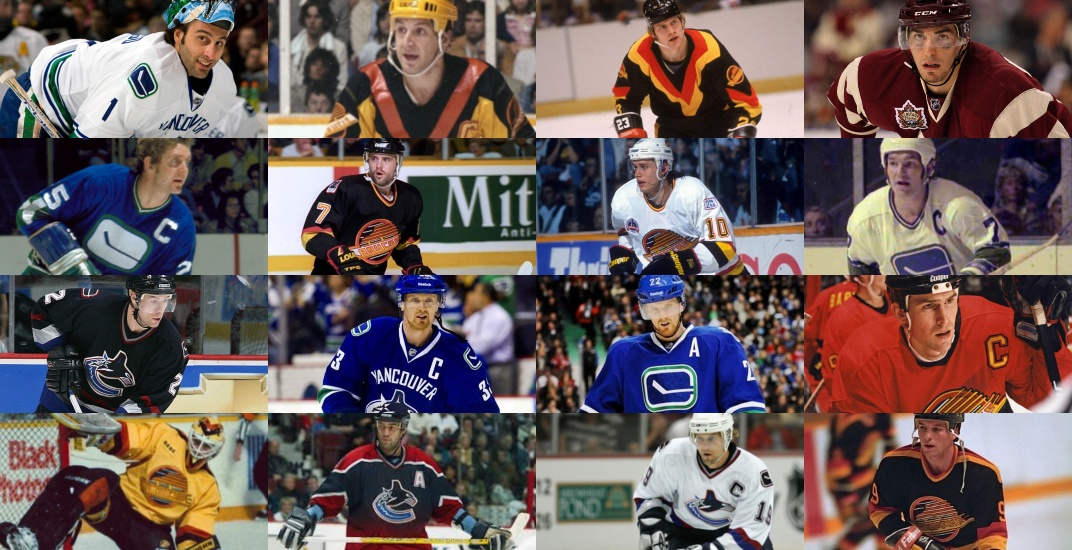 The Canucks have kept the status quo in recent years with regards to the orca and the blue/green colour scheme – a look they’ve had since 2007. The orca, which is now 21 years old, is actually now the longest-running logo in Canucks history.

What the team might be debating, is what to do about a new third jersey.

When Adidas took over as the NHL’s official jersey supplier last year, the league ditched alternate jerseys for one season. With the moratorium now over, will the Canucks bring back the modernized stick-and-rink look we’ve been accustomed to, or will they go with a bold new look?

They’ve got no shortage of options.

When news of a leaked document stating the Canucks would unveil a new alternate jersey surfaced, we ran a poll asking for your opinion. After 4,571 votes, this is what you told us:

Not only could the team go back to the well with a retro look, they could borrow from the Vancouver Millionaires or WHL Canucks’ Johnny Canuck – two logos the present-day Canucks bought the rights to. Or they could go in a totally new direction.

Local graphic designer @S7Dsn has been playing around with a few ideas recently, and I must admit, they all look pretty great: 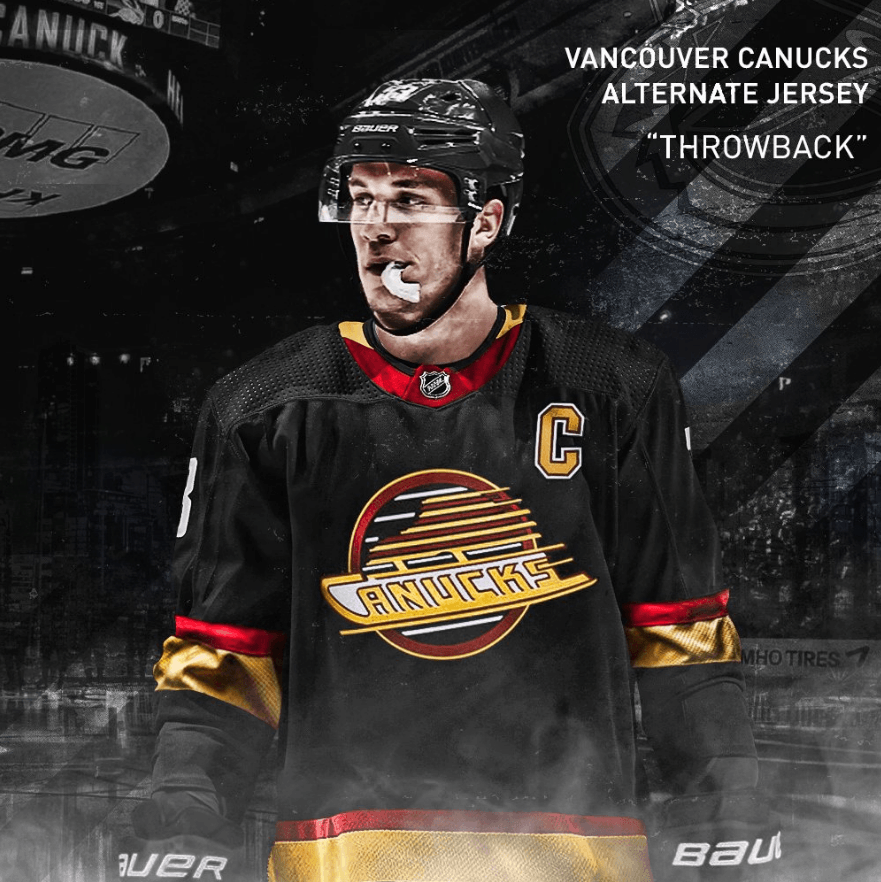 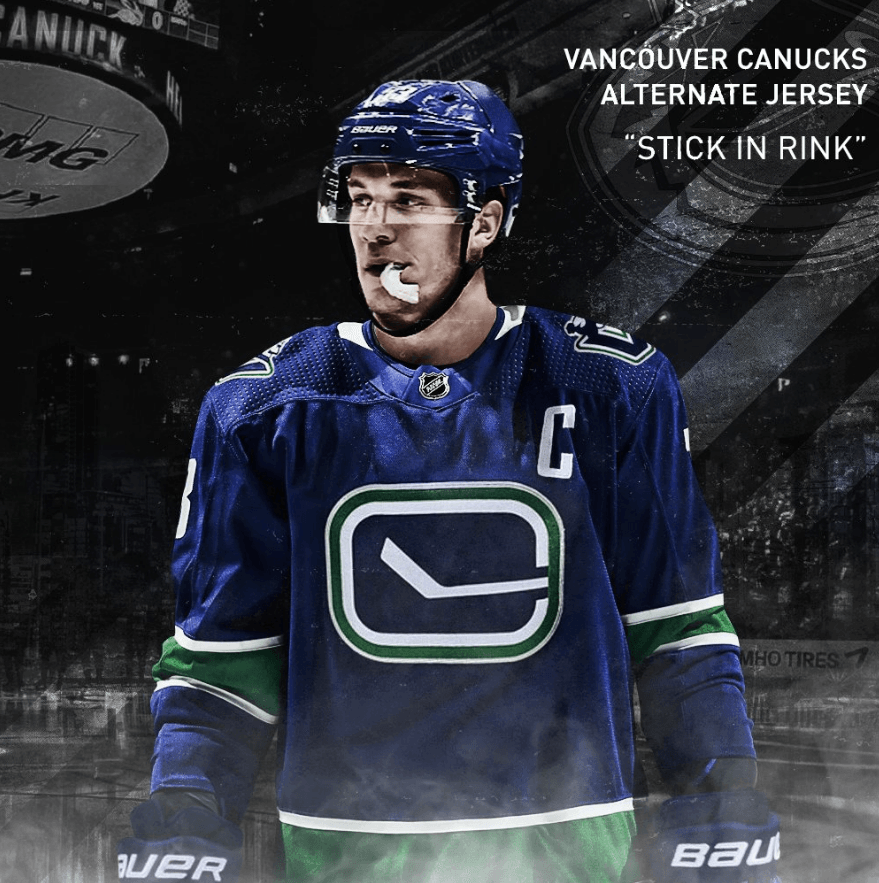 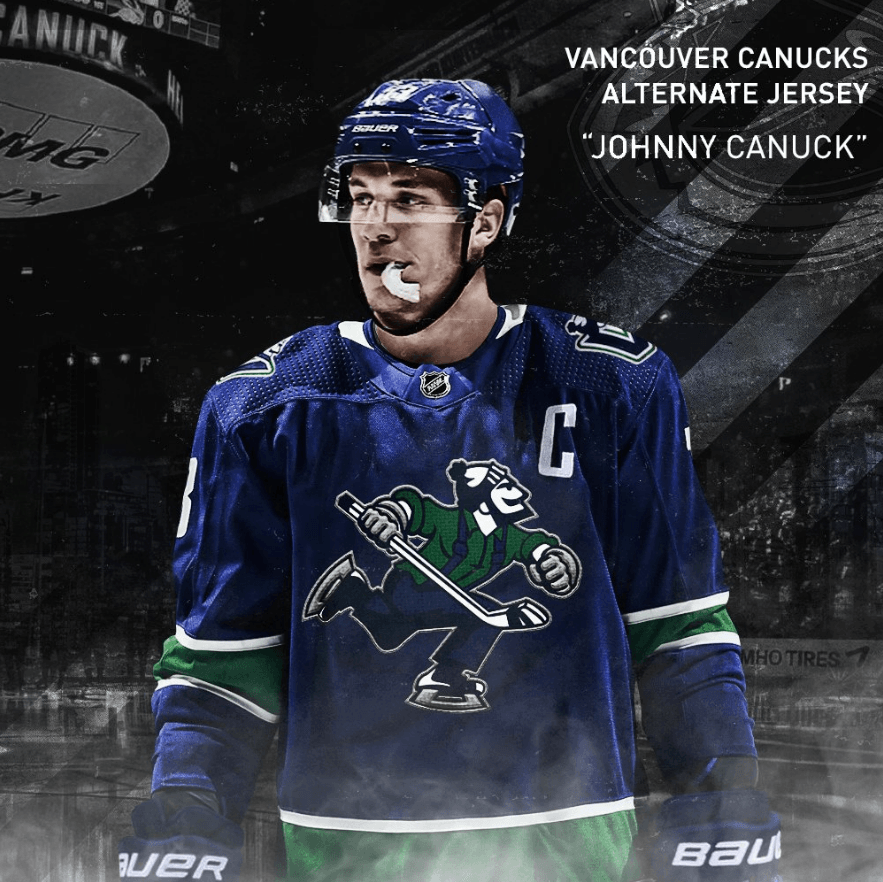 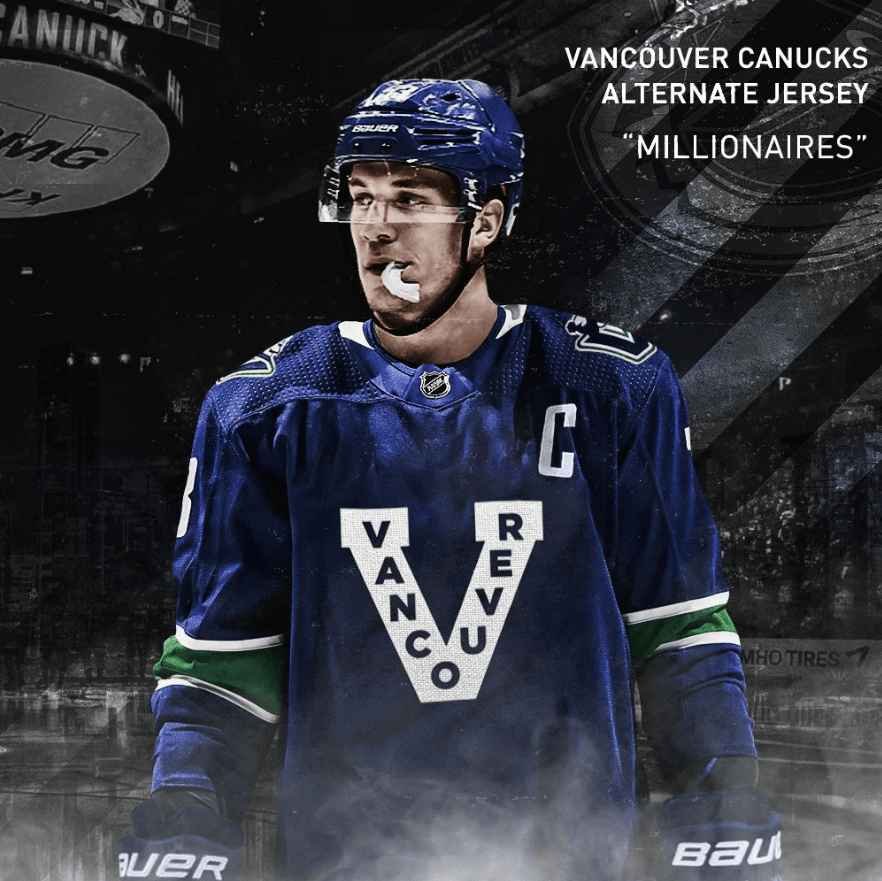 (He’s also imagining Bo Horvat with the captain’s C on his chest, which is another story for another day.)

Put me down as one person that doesn’t want to see a major change in the Canucks’ home and away jerseys. Minor tweaks, fine, but the team should stick with what they’ve got to develop some semblance of tradition.

The modernized stick-and-rink look, though popular, was too similar to the team’s home jersey. While that’s a positive move for the club’s blue and green branding, the horse has long left the barn on that.

Here’s an idea: how about embracing the team’s whacky jersey history?

Change the third jersey up every year – yes, every year – highlighting a different uniform from the past. You could go with the black skate jersey next season, and the yellow flying V the year after that. Flip to the Bertuzzi/Naslund era navy orca jerseys for a season.

You know the Canucks used to have salmon-coloured thirds, right? Yes, bring that back for a season too.

You’d only see them for about 10 games a year, then they’d be gone. Fans would get to debate which one they want to see come up the next season. There’d be anticipation for the announcement.

And do you have any idea how many looks they have to cycle through?

The idea would surely please ownership, who could stand to make a ton of money with new jerseys being re-introduced every year. And admit it fans, it’d be fun.

So let’s stop fighting the team’s whacky history. Instead, embrace it.