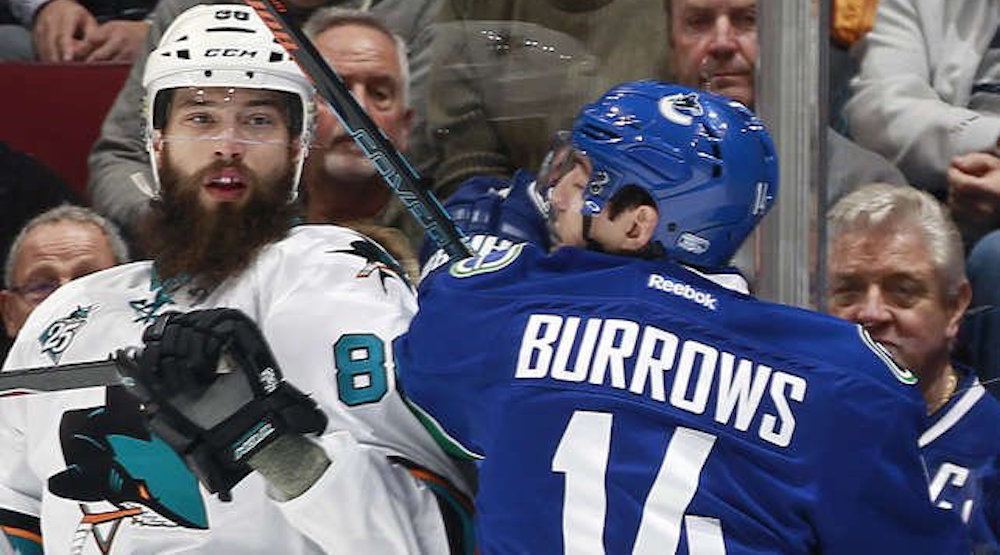 It is now or never for the Vancouver Canucks. The month of February will provide a stiff test for a team that currently sees itself below the playoff bar.

Vancouver is 4-3-3 in its last 10 games and is stinging a bit from one of the worst performances of the season, a 3-0 loss to the Arizona Coyotes prior to the All-Star break.

The home team needs a positive outcome against the visiting San Jose Sharks tonight to get their mojo back.

Hansen and Larsen are skating with the team as the #Canucks begin practice after the #NHLAllStar break. pic.twitter.com/EEnV8bOZWO

Jannik Hansen is close to returning, but likely won’t return until Saturday’s game. Ryan Miller gets the start in goal.

1. February is the ‘month of death’

The Canucks season will be defined by the month of February. They’ll start at home for two games before embarking on a massive six-game road trip followed by a five-game home-stand.

The Canucks absolutely have to start this month off with some wins at home. This matchup tonight against the Sharks may prove crucial if Vancouver is to have any chance of securing a playoff spot.

While February is a tough month, the Canucks face an uphill battle going forward given their schedule. Simply put: the odds are stacked against them to land a playoff spot.

Let's just poll it up, make it easy for @CanucksStore to know what the people want. Do you want them to stock a Tryamkin Shirsey?

There is a new controversy in town and Nikita Tryamkin is right in the middle of it.

It seems the demand for Tryamkin shirseys is off the charts, yet the Canucks Team Store has no stock of them. Intrepid reporter Rob Williams got the scoop on this one.

This situation may seem comical, but the young Russian defenceman is quickly becoming a cult hero in this town. It is remarkable how much he is improving on a game-by-game basis.

Tryamkin has transformed from raw prospect to reliable regular in a very short amount of time. The Canucks will need him to continue his fine play if they are to win tonight and to continue their push towards the playoffs.

San Jose is once again atop the Pacific Division and are arguably the class of the Western Conference.

There is a bit of chill with the Sharks that makes them dangerous. They are good, but don’t seem to take themselves to seriously. As a serial Sharks hater, it pains me to admit that even I have to admire the way they go about their business on a dailybasis.

Joe Thornton did get snubbed by not being named in the NHL Top 100, but it didn’t bother him in the slightest.

“At the start, I was like, ‘Ah, maybe I could be on there.’ But once it came out, I live my life, or try to live, with no stress,” Thornton told Curtis Pashelka of the San Jose Mercury News on Monday.

The Sharks are 7-3 in their last 10 games and are led offensively by defenceman Brent Burns (21 goals, 32 assists for 53 points). The Sharks also have some of the greatest beards in hockey.

I don’t like the idea of the Canucks starting at home after the All-Star break. There is something about being on the road after an extended break that helps teams refocus.

That being said, Ryan Miller has been in the zone and I see this continuing. The Canucks get outplayed and outshot by the Sharks, but win 3-0. After the game, vendors make huge coin selling black market Tryamkin shirsey’s out of the back of a van.