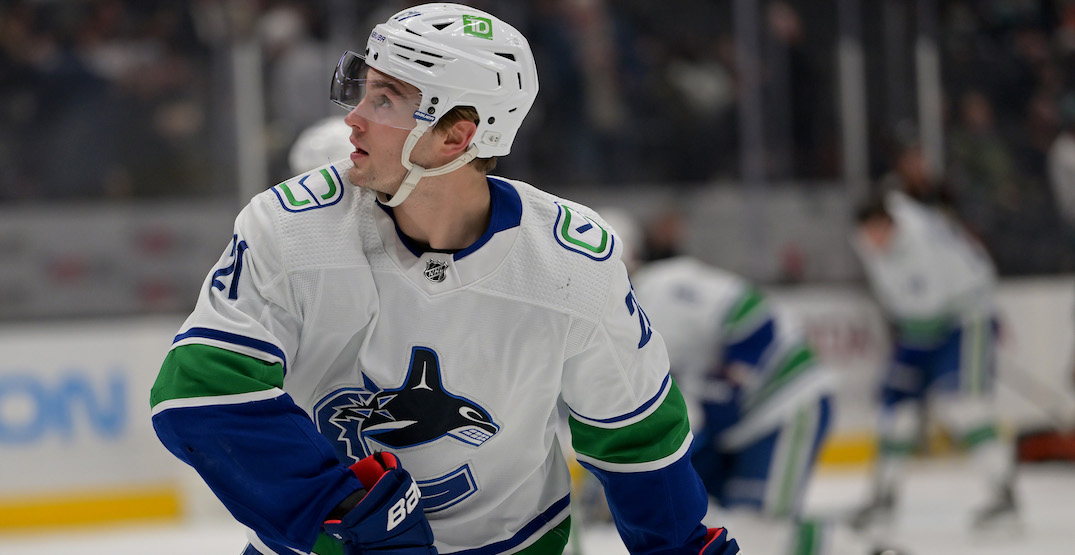 It’s easy to start believing in this version of the Vancouver Canucks after going 8-0-1 to start the Bruce Boudreau era.

With all the pauses in the schedule, the Canucks have now gone 38 days without a loss in regulation.

They’re scoring goals in bunches. Their special teams’ play has improved drastically. And, Thatcher Demko is playing at a Vezina-calibre level.

But now the real test begins.

After playing three times in 25 days, the Canucks are about to embark on a grueling five-game road trip.

Not only that, but they have the second-toughest remaining schedule in the NHL, according to Power Rankings Guru. 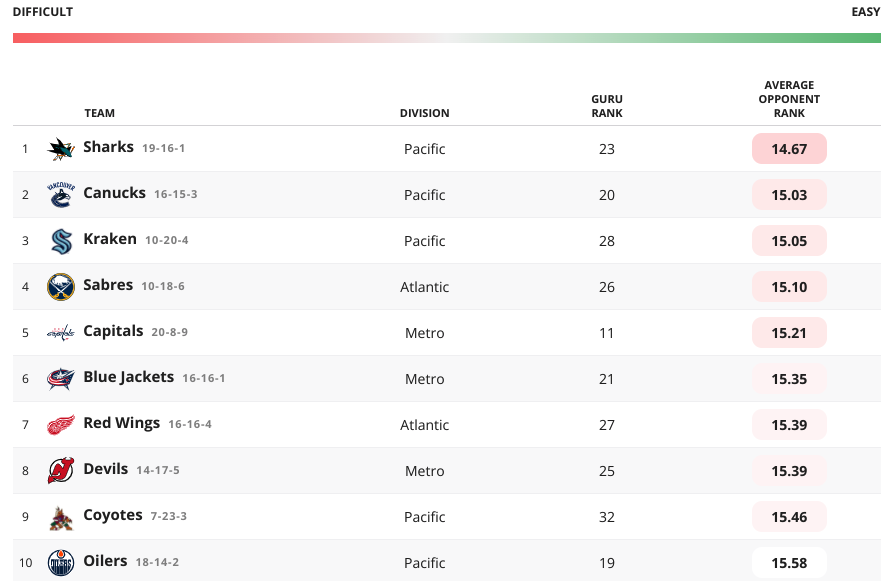 Only the Sharks have a tougher remaining schedule than the Canucks (PowerRankingsGuru.com)

Next 10 games could decide their season

This upcoming road trip will be one of the toughest in Canucks history.

Based on the current standings, these are five of the top six teams in the NHL.

#Canucks road trip will be against 5 of the top 6 teams in the overall NHL standings right now (in points). pic.twitter.com/AoYvEeM6Mk

This would be a tough road trip under any circumstance. Throw in the fact that this team hasn’t played since New Year’s Day and the Canucks have every reason to underperform, especially in the early going of the road trip.

Things don’t get much easier when the Canucks return home.

Their first game after this road trip is a rematch against the NHL-leading Panthers. That game is followed by contests against the surging St. Louis Blues and struggling Edmonton Oilers.

The Canucks then play two road games against the Winnipeg Jets and Calgary Flames, who are both ahead of the Canucks in the standings. Vancouver will travel to Chicago to face the Blackhawks to close out the month of January.

Aside from their contest against Chicago, there aren’t many matchups this month that the Canucks will be favoured in. Over their next 10 games, eight of their opponents are in the playoffs, and every single team is ahead of them in the standings.

Looking at the rest of the Canucks’ schedule

Because of the COVID-induced postponements, the Canucks, for now, have seven games to make up in February.

Six of their seven contests that need to be made up are at home. Only two of those games are against current playoff teams (Anaheim Ducks, Toronto Maple Leafs).

After the pre-planned Olympic Break, the Canucks have a five-game road trip and a seven-game homestand against an even smattering of both playoff and non-playoff opponents.

Then, there is another daunting 10-game stretch in late March and early April that could decide their playoff fate:

If the Canucks are still in the race after this stretch, their chances of making the postseason should be strong.

Three of their final seven games are against current playoff opponents. Their final four games are all against division rivals (@ Calgary, vs Seattle, vs Los Angeles, @ Edmonton).

The Canucks’ early record under Travis Green was bad. It’s even worse when you start judging that record against the quality of opponents the Canucks were facing.

So far this season, the Canucks are 4-9-1 against teams who are in the top 16 league-wide (based on points percentage).

Under Green, that record was 1-9-1. Their lone win was that dramatic come-from-behind victory in overtime against the New York Rangers. Demko had to pull this save off just to give his team a chance to win:

Even after this incredible run under Boudreau, the Canucks sit just 21st overall in the NHL based on points percentage, despite 20 of their 34 games coming against opponents who are in the bottom half of the NHL.

With 48 games remaining in their season, it’s not hard to see why their schedule is so difficult.

They have 20 games remaining against teams who are currently in the top 10 of the NHL. Of those top 10 teams, they play seven of them multiple times (Florida x2, Tampa Bay x2, Washington x2, Nashville x2, Toronto x2, St. Louis x3, and Vegas x3).

That doesn’t include any games against the Calgary Flames. The Canucks have yet to play their division rivals this season. They have four more matchups remaining against them.

It would already be considered a massive surprise if the Canucks could overcome their 8-15-2 record to make the playoffs. That feat would be even more impressive if they were able to accomplish that despite having the second-toughest remaining schedule in the NHL.