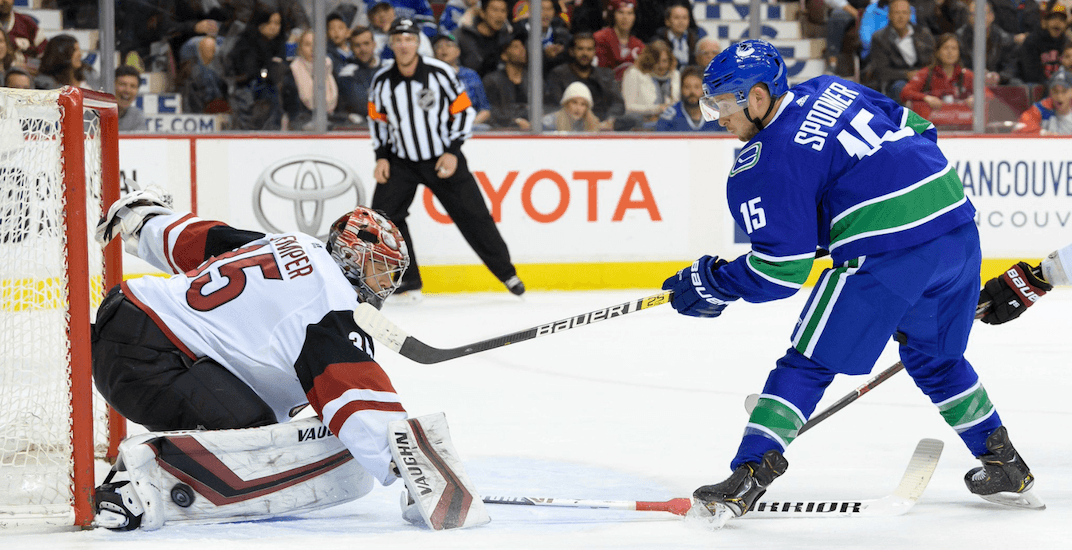 With just two days before the start of NHL free agency, the Vancouver Canucks are clearing some cap space.

Ryan Spooner’s time with the Canucks has come to an abrupt end, just four months after he was acquired from the Edmonton Oilers for Sam Gagner.

The Canucks have placed Spooner on unconditional waivers, which is the first necessary step towards buying him out.

Roster Update: Ryan Spooner has been placed on waivers with the intention to buy out his contract. pic.twitter.com/YYC7P02e2x

Spooner had one year and $4 million remaining on his contract, with the New York Rangers paying $900,000 of that as part of their agreement in a November trade with the Oilers for Ryan Strome.

The result of a buyout will mean that both the Canucks and Rangers will incur a buyout cap hit. The Canucks will be hit with $1.033 million in each of the next two seasons, while the Rangers get hit with $300,000.

The #Canucks and the #Rangers will incur a buyout cap hit due to 22.5% of his salary being retained by NYR

Spooner appeared in just 11 games with the Canucks last season, scoring zero goals and four assists. It was a difficult year for the 27-year-old centre, who was traded twice and also spent time in the AHL.

The Ottawa native scored 41 points in 59 games in 2017-18 and had a career-high 49 points in 80 games in 2015-16 – but that feels like a long time ago now. The Canucks didn’t have a clear spot for Spooner to fit in, so it would have been a gamble of sorts to bring him back at his cap number – though you could make the argument that it would have been better to bite the bullet for one year in order to clear space for the 2020-21 season.

The Canucks’ cap is a little tighter these days, after Roberto Luongo’s cap recapture penalty hit them.

With Spooner bought out by the #Canucks, we now show the club with $17.6M in projected cap space with a roster of 21 (12F 7D 2G)https://t.co/8ihMfbF7H7 pic.twitter.com/ggFSwKUNAy

CapFriendly shows the Canucks have just over $17 million left in cap space, and they still need to re-sign restricted free agent Brock Boeser. The Canucks are expected to be busy when free agency opens up on Monday, with all signs pointing to them offering a lucrative contract to defenceman Tyler Myers.