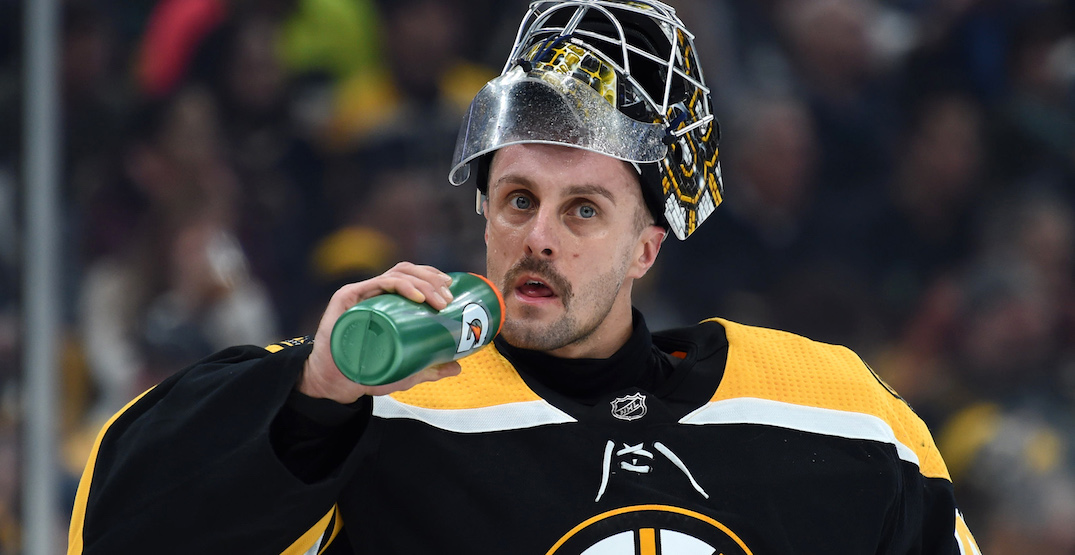 Now that the Vancouver Canucks have bought out Braden Holtby, it’s time to find a suitable replacement.

Free agency opens on Wednesday morning, and there are a number of UFA goaltenders available.

The NHL no longer has a week-long period to talk to free agents before free agency kicks off, but judging by reports of potential deals, there does seem to be some chatter happening off the record.

Jaroslav Halak, a 36-year-old goaltender who spent the past three seasons with the Boston Bruins, appears to be the prime target for the Canucks, according to reports from Pierre LeBrun and Bob McKenzie of TSN, as well as The Athletic’s Arthur Staple.

In former #Isles news, hearing Jaroslav Halak working on a deal with VAN

Canucks have to replace Holtby now. Hearing that pending UFA goalie Jaroslav Halak in among Vancouver's shortlist of targets@TSNHockey @TheAthletic

The Canucks are also interested in Antti Raanta, a 32-year-old netminder who has been with the Arizona Coyotes since 2017.

Coyotes should be very active with trades/free agency. Phil Kessel has likely played his last game for Arizona – Vegas and Fla could be where he goes. Washington and Vancouver have some interest in backup goalie Antti Raanta. And Darcy Kuemper is a target of Edmonton and Colorado

Halak is nearing the end of a very good career, having played over 539 NHL games with the Bruins, Islanders, Blues, and Canadiens. He hasn’t been a No. 1 goalie since leaving Long Island in 2017-18, but the Slovakian posted good numbers as Tuukka Rask’s backup in 2018-19 and 2019-20. Halak’s save percentage slipped to .905 last season though, which was the lowest save percentage he has posted since 2012-13.

Raanta was brought to Arizona from the New York Rangers to be their No. 1 goalie in 2017. The Finnish goalie’s numbers were sparkling in his first year with the Coyotes, as he posted a .930 save percentage in 47 games.

Injuries derailed Raanta’s career though, and he only started 55 games in the three seasons that followed.

The Canucks will be penalized by the Holtby buyout to the tune of $500,000 this season and $1.9 million in 2022-23. With prospect Michael DiPietro potentially being ready for NHL duty a year from now, the Canucks would be wise to seek a one-year contract for their backup to keep their options open.