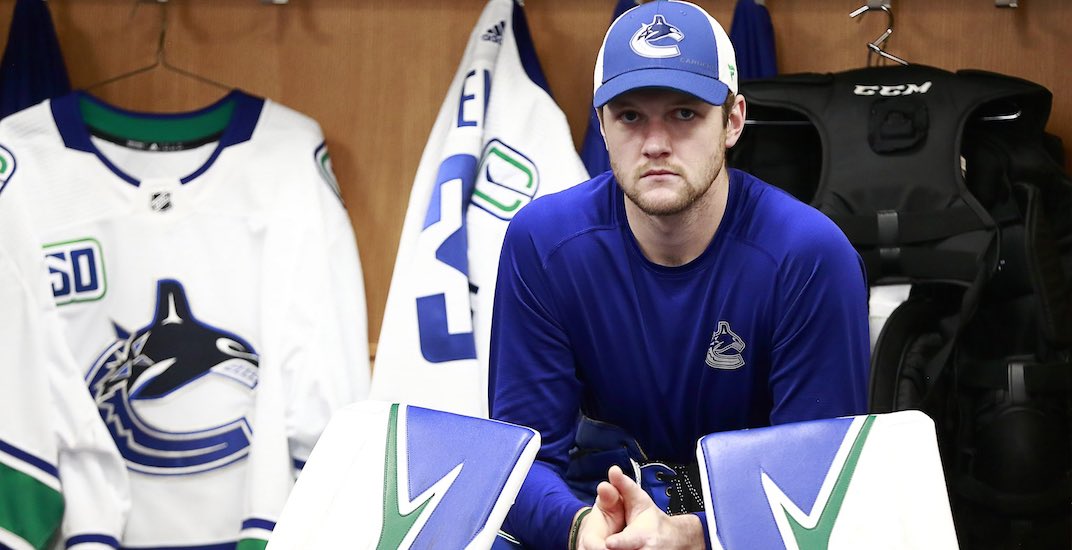 It appears there’s a chance the Vancouver Canucks could be without their MVP in tonight’s elimination game.

With the Canucks down 3-1 in the series against Vegas, backup Thatcher Demko could get the start in Game 5, according to a pair of reports, as Jacob Markstrom may be either too tired or too injured to play. Markstrom may still get the start, but like they say, where there’s smoke, there’s fire — and one of the top insiders in hockey smells smoke.

“After watching Markstrom on Sunday night — their MVP this year, a Vezina Trophy candidate before he got hurt — he’s either really tired or possibly banged up,” said Friedman. “I wonder if Vancouver’s considering Demko in Game 5.”

Here's the clip of Elliotte on HNIC mentioning Demko consideration in Game 5 – he mentioned Markstrom earlier on #TheProgram and now on HNIC https://t.co/NSNVPeOfQA pic.twitter.com/JbsDZqWYhM

TSN 1040’s Rick Dhaliwal has since backed up this intel, saying he heard Markstrom is “a little banged-up” during an appearance on the Halford and Brough Show this morning.

.@DhaliwalSports: Demko is going to be given consideration. But Travis Green is king of waiting til the last second. I've been told that if Marky doesn't feel good after the gameday skate, there's a possibility that Demko plays tonight

.@DhaliwalSports: What I'm hearing is (Markstrom) is a little banged-up, in the lower body. I think Demko could be given consideration, but let's wait fro the gameday skate.

It would be hard to believe that Markstrom would sit out such an important game due to fatigue, but it’s easy to believe that he could be banged up. The 30-year-old goaltender has started every game for the Canucks in the postseason, appearing in 15 games in 29 days.

Markstrom is also coming off back-to-back games on the weekend, and didn’t look especially sharp in the third period of Sunday’s loss. And if the Canucks are to pull off the miracle comeback in this series, it would require Vancouver to win three games in the next four days.

So perhaps it’s Demko time. The 24-year-old is a significant drop off from Markstrom, and he only has 8:26 of playoff experience, earned in Game 1’s 5-0 blowout nine days ago.

Travis Green will speak to the media at 11:10 am PT this morning, but it’s unlikely the Canucks head coach will want to reveal any information. We’ll find out for sure tonight at 6:45 pm PT.