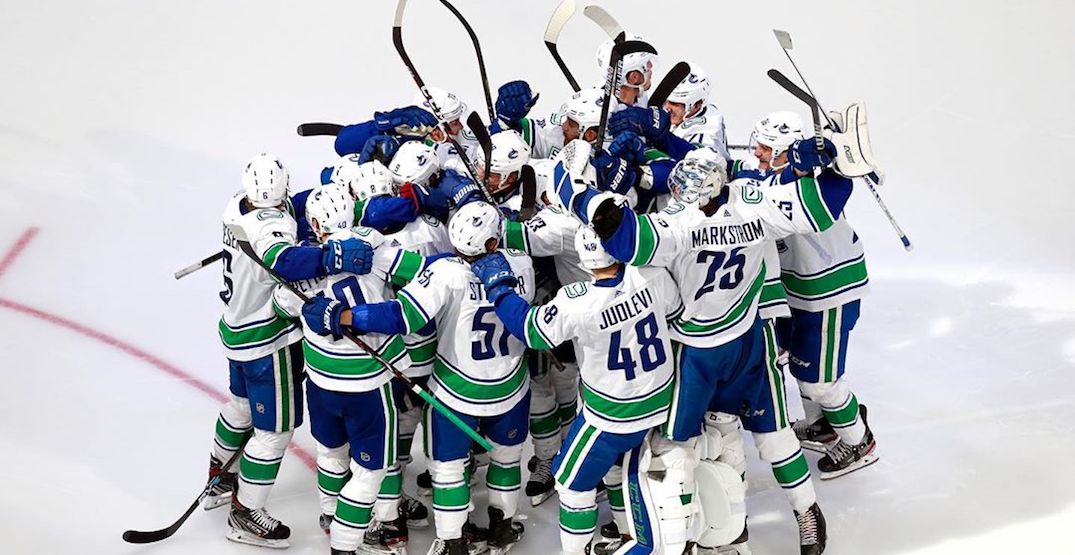 The Stanley Cup playoffs will resume on Saturday, following two straight days of postponed games in the NHL.

That includes the Vancouver Canucks, whose Saturday game will now be played at 6:45 pm PT. The Canucks and Vegas Golden Knights will also play on Sunday, and will play five games in seven days should the series go the distance.

There are now two back-to-backs on the schedule, which is highly unusual for a playoff series, between Game 3 and Game 4, as well as Game 6 and Game 7, if the series goes that far.

The Canucks were supposed to play Game 3 on Thursday, but it was postponed following a league-wide player-led boycott to protest the police shooting of Jacob Blake, an unarmed Black man who was shot in the back seven times recently in Wisconsin. The decision by NHL players followed what NBA players had decided a day earlier, and what many other sports leagues have done since.

According to source, NYI-Philly were going to play tonight, but Canucks' stance shifted the dynamic heading into PA call. Van was scheduled to play Vegas.

Canucks players were reportedly key to leading the charge to postpone games, as they reached out to Golden Knights forward Ryan Reaves, one of only a small number of Black players remaining in the playoffs, to start a conversation.

“Last night I struggled with what I wanted to do… Am I really going to walk out on my team and be the only guy? Or is there going to be a couple guys?” Reaves said on Thursday. “But I woke up to a text from (Tampa Bay Lightning defenceman) Kevin Shattenkirk and he had a bunch of guys out east there and they wanted to talk, and then I got a text saying Vancouver wanted to talk. That, I think, was more powerful that the conversation started with white players on other teams wanting to talk. I think that’s the most powerful thing that happened today.”

“We met as a group and went over to Vegas and we met as a group there and thought this was going to be the best form of action to take,” said Canucks captain Bo Horvat. “I’m really proud of what we’ve come up with. We definitely think this is the best thing to do.”

“We talked about it as a group and wanted to go over and talk to Ryan and Vegas. We just all felt it was the best course of action. Everything that Ryan’s been saying, we need to come together and this kind of stuff can’t stand.”

Here’s a look at the full remaining NHL second-round schedule: 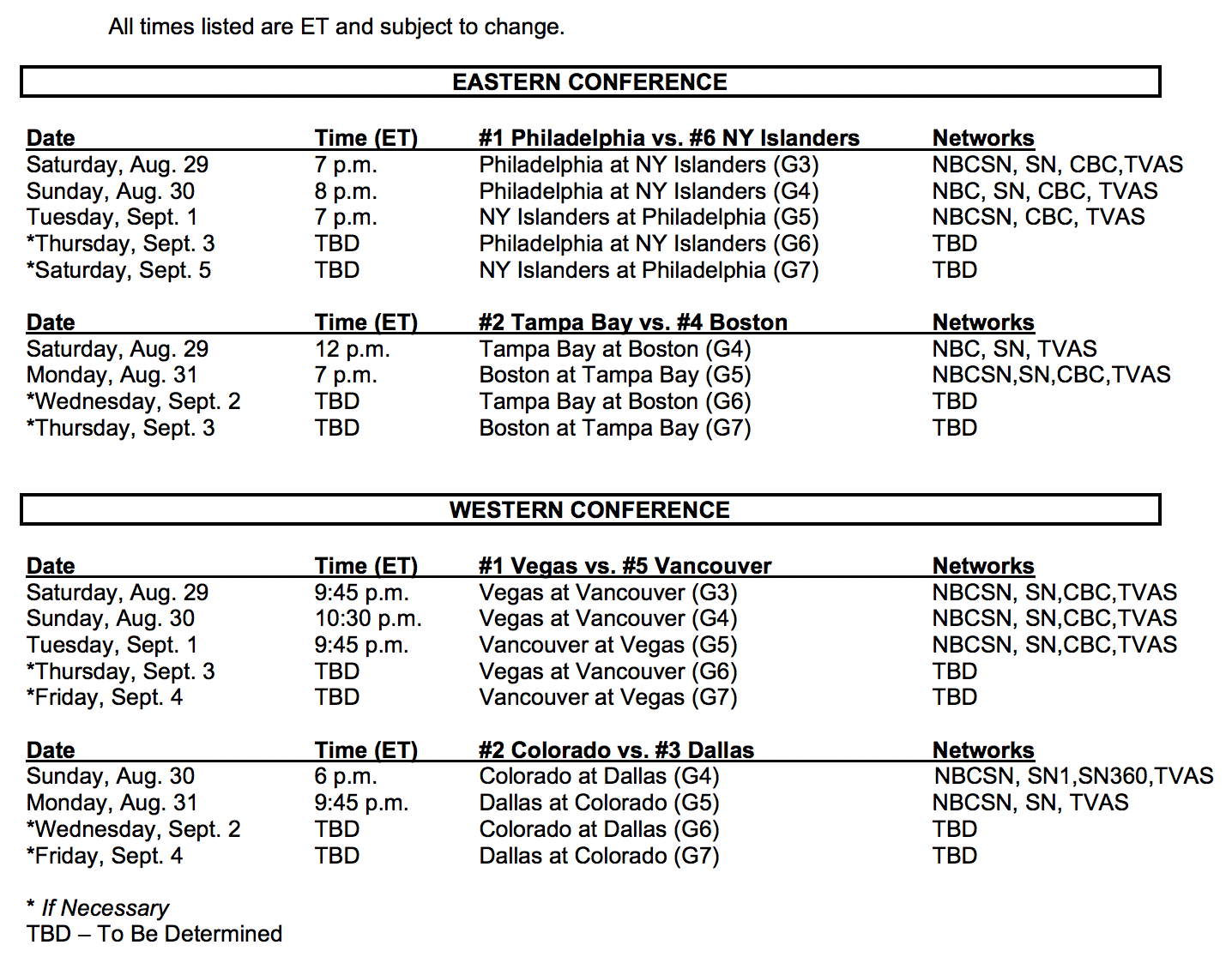