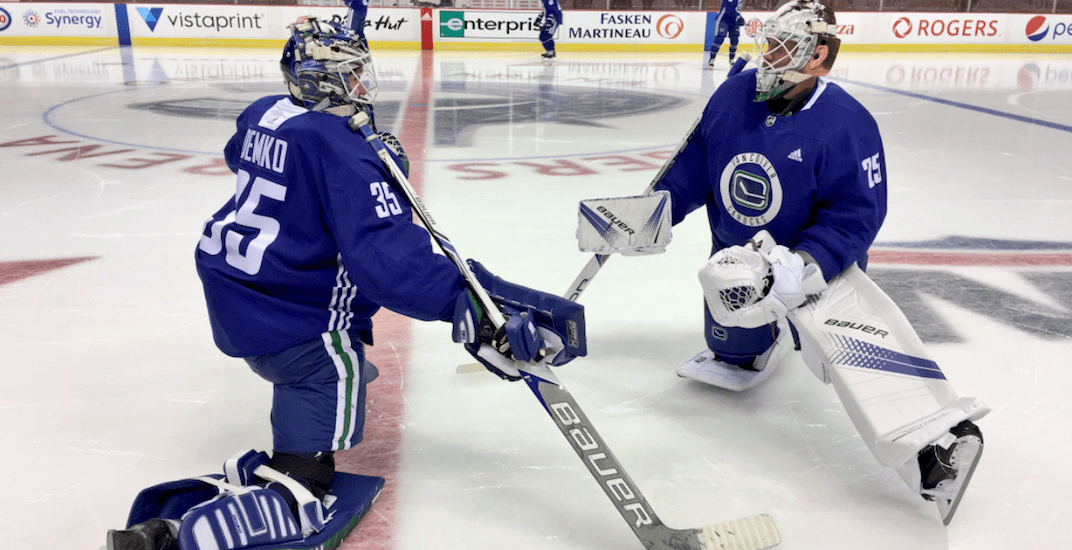 Talk about a road trip.

The Vancouver Canucks are sending 24 players to China on Sunday, as the team prepares for the first-ever NHL games in Shanghai and Beijing. They play the LA Kings overseas on Thursday, September 21 (4:30 am PT) and Saturday, September 23 (12:30 am PT) in preseason.

“Our team is truly excited to participate in the China games and everything the experience has to offer,” said Canucks GM Jim Benning. “We’ll be represented in China by a veteran roster to showcase the game of hockey, while many of our younger players will remain home to maximize their opportunity for playing time and evaluation over three games here in North America. This will be a historic week for our team and our players, and we look forward to sharing the speed and excitement of our game to new fans in China.”

The team is reportedly chartering a 777 to get there.

According to @patersonjeff @nhl is chartering a #777 for @Canucks and @LAKings here are some pictures pic.twitter.com/MMdjljsdSG

Vancouver, as expected, is sending a veteran-laden lineup that will closely resemble their opening night roster.

If you’re looking to get clues as to what this means for who Travis Green is leaning towards keeping, you might be disappointed. It appears players were chosen based on seniority.

All the prospects are being left home. Brock Boeser, Jake Virtanen, Olli Juolevi, they’re all staying. Same goes for Nikolay Goldobin, Anton Rodin, and Thatcher Demko. They’ll play games in North America while the vets get a cultural experience.

The surprise selections for the China trip are Scottie Upshall and Ryan White, a pair of longtime NHL veterans on PTO contracts. They’re not sticking in Vancouver to fulfill an NHL veteran quota mandated by the league as some suggested.

The Canucks are sending 14 forwards, eight defencemen, and two goalies in what should be a great bonding experience.

The Canucks open preseason on Saturday in Los Angeles. Some of those players playing in that game will also go to China, while the rest will remain in Vancouver. The Canucks play the Vegas Golden Knights at Rogers Arena on Sunday.