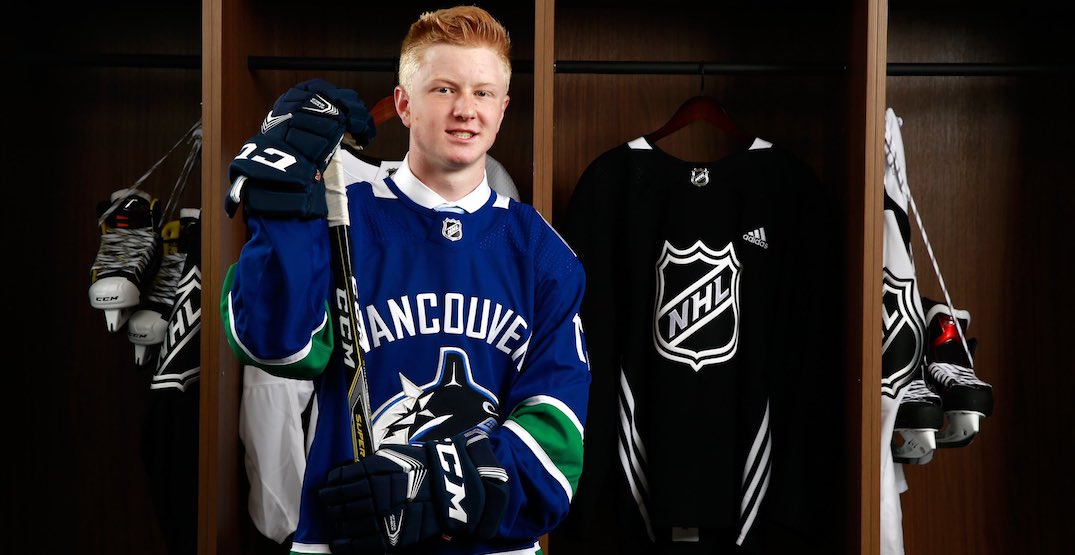 One of the Vancouver Canucks’ most promising young prospects will make his NHL debut against the Edmonton Oilers at Rogers Arena. Jack Rathbone, an offensive-minded 21-year-old defenceman, will be in the lineup according to Travis Green.

“It’s an exciting night for Jack and I’m excited for him,” Green told reporters this afternoon. “He’s an offensive defenceman, he’s a strong skater, he’s got good puck skills, he’s got a good release on his shot. He’s got the look of a young offensive d-man.”

“The kid’s a gamer. You can just tell that he loves coming to the rink, he loves being around the team. He wants to learn fast. This is one of those times where you get excited for a kid because he’s getting to realize his dream.”

The Boston native made his pro debut with the Utica Comets this season, notching nine points (2-7-9) in eight games.

Rathbone’s debut comes just five days after Kole Lind was given his first opportunity to play for the Canucks. A third player from the 2017 draft class is on his way too, as Jonah Gadjovich is currently in quarantine after being recalled by the Canucks on Sunday.

The Canucks could certainly use some fresh legs, as the team has a brutal schedule in May, while many players are still working their way back into optimal game shape following a COVID outbreak.