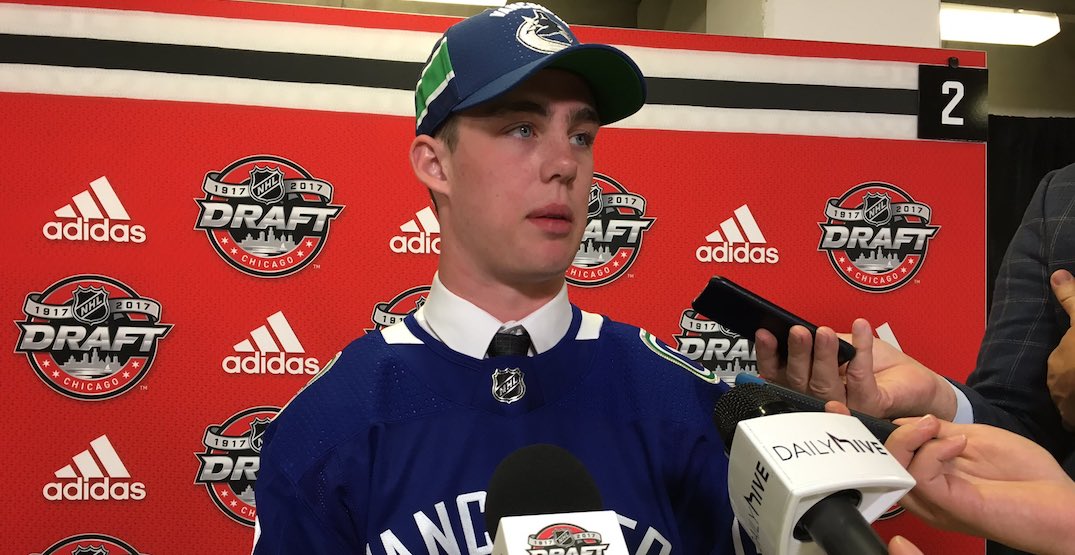 The 22-year-old forward will suit up for the Vancouver Canucks tonight in Toronto, head coach Travis Green confirmed. Jalen Chatfield will also draw back into the lineup and Braden Holtby is getting the start in net, as the Canucks look to bounce back after a 6-3 loss in Ottawa yesterday.

“He looks to me a little more confident than the last time I saw him,” Green told reporters today. “He’s got nice hands, he’s been creative in practice, he’s got a good shot. It’s been no secret that we’ve been struggling to score, struggling to create. But I’ve also got to find the right spot for him.”

The native of Shaunavon, Saskatchewan, was called up to the Canucks’ taxi squad on April 2, and has patiently been waiting for a chance to play at the NHL level. Though the 6-foot-1, 186-pound forward has played centre primarily this season, Lind was drafted as a winger and that’s likely where he’ll play with the Canucks.

The Canucks looked tired against the Senators, and could certainly use a boost against the North Division-leading Leafs, who they’ll play at 4:30 pm on Sportsnet.