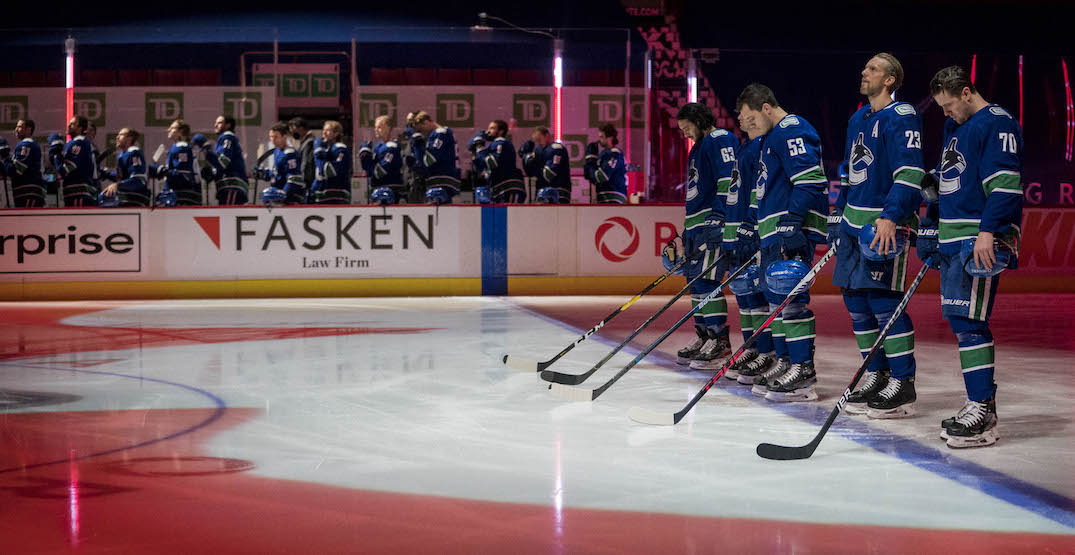 The Vancouver Canucks have hit another COVID roadblock.

Team facilities will not reopen today as was announced yesterday, as yet another Canucks player has been added to NHL COVID protocol.

“Although the Player has not been around the team during the relevant time period (since March 31), the League’s, NHLPA’s and Club’s medical groups determined that the prudent decision was to keep the facilities closed for an additional day,” the NHL announced this afternoon.

The identity of the player added to COVID protocol today has not yet been revealed. Only four players from the active roster (J.T. Miller, Brock Boeser, Jimmy Vesey, and Jordie Benn) are not currently on the COVID list. None of the players currently on injured reserve (Elias Pettersson, Tanner Pearson, Jay Beagle, and Justin Bailey) have been named to the COVID list either.

The NHL said the Canucks facilities could reopen as early as tomorrow, and that this is not expected to impact the team’s return to game action, currently scheduled for Friday.