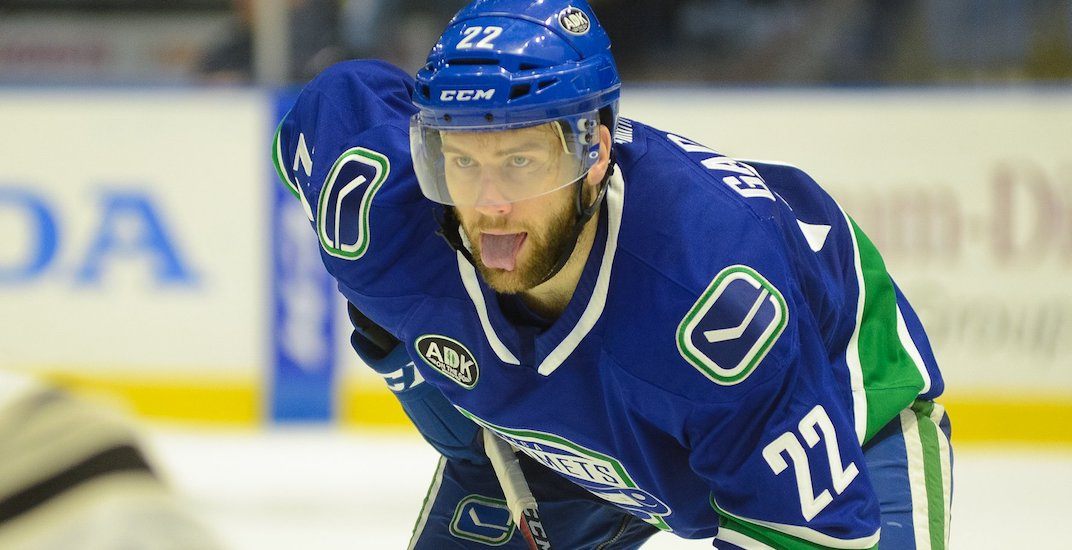 Many observers felt the Vancouver Canucks’ AHL affiliate would improve with an influx of young talent filling their roster.

Instead? Just the opposite.

The Comets finished the season with 76 points, the lowest total since the Canucks began their affiliation with the upstate New York franchise.

Jonathan Dahlen didn’t impress and was traded, while Petrus Palmu went back to Finland in search of ice time.

Thatcher Demko suffered a preseason concussion and was limited to just 16 games before being called up to the Canucks. Olli Juolevi had a season-ending knee injury, limiting his first AHL season to 18 games.

So yeah, it was that kind of season for Trent Cull, the Comets’ head coach who came under fire from fans and media in Vancouver for how the organization’s best young players performed.

Were players mismanaged? Did they just have more learning to do?

Whatever the case, the future of the Canucks could use a boost from the farm in 2019-20.

No two prospects disappointed more than Lind and Gadjovich in Utica last season.

Playing AHL hockey at age 20 isn’t easy, which they proved with their putrid point totals (17 and 10, respectively). Because of their early birthdays, Lind and Gadjovich were one of just three players picked in the second round of their draft year to play the majority of the season in the AHL last year. While that’s true, it shouldn’t completely calm the masses about their play.

The only other player from their round to play the majority of the 2018-19 season in the AHL was Alexander Volkov, who was selected by Tampa Bay 48th overall. Volkov scored 48 points in 74 games, his second season with Syracuse (he scored 45 points as an 18-year-old rookie the season prior).

The remaining players played a majority of the year in junior, college, or pro hockey in Europe.

Let’s see how Lind and Gadjovich perform after a year of pro hockey under their belt.

One of the most important prospects in the Canucks’ pipeline, Juolevi has flown remarkably under the radar. The fifth overall pick in the 2016 draft, experts still project Juolevi to be a top-four NHL defenceman one day.

That could come as soon as next year, depending on how he bounces back from a serious knee injury.

Juolevi had 13 points in 18 games with the Comets, though he likely has some developing to do before he makes the jump to Vancouver. Still, he’s just one of seven first-rounders (and the only one inside the top 17) from his draft year yet to make his NHL debut.

He’s only 21, but he needs to show progress.

NHL or bust for Gaudette, MacEwen?

If all goes well for Adam Gaudette, he won’t see any time in Utica next season.

He played just 14 games for the Comets last year, scoring 11 points, though that was more out of necessity due to injuries in Vancouver.

You’d like to preach patience with young players, but Gaudette turns 23 in October, so next season is a big one for him. He could start in the AHL because he doesn’t need to clear waivers, but a good preseason would force the coaching staff’s hands.

It was a tough list to make, but we think we narrowed it down.

Similarly, 6-foot-3 forward Zack MacEwen celebrated his 23rd birthday last month, and will hope to build on his impressive sophomore season which saw him score 52 points. He got a taste of NHL action last season with four NHL games.

The highest-scoring U-21 player on the Comets last season was a player that doesn’t receive a lot of publicity – Lukas Jasek.

Jasek finished sixth in scoring in Utica last season, putting up 29 points as a 20-year-old. The Czech Republic native could be a diamond in the rough for the Canucks, who picked him in the sixth-round of the 2015 draft.

Mike DiPietro got a rude welcome to pro hockey last season, when he was thrust into his first NHL game when the Canucks ran out of goalies in February. He was pumped for seven goals that night, though that shouldn’t undo everything he accomplished in junior.

We’ll see how the 20-year-old adjusts to the AHL, as one of Utica’s two goalies next season. It can be a difficult transition for a young goaltender.

How far along are Teves and Rafferty?

Two other newcomers to Utica next season will be Josh Teves and Brogan Rafferty, college free agents signed in March and April.

Benning talked about why they didn't draft any D today, saying that's how the draft fell.

He also said the Canucks have some depth at the back end with Rafferty, Teves, Eliot, Chatfield and Brisebois in the system.

Teves, a 24-year-old defenceman from Calgary, scored 20 points in 30 games for Princeton University last season before getting into one game for the Canucks. Rafferty is a 24-year-old blueliner from Illinois who scored 24 points for Quinnipiac University before playing two NHL games.

They’ll be new to the pro game, but their ages dictate that they need to show some promise quickly. Are they better than other Utica defencemen like Guillaume Brisebois and Jalen Chatfield? If the answer is yes, perhaps the Canucks have some NHL depth for their defence in a year or two.