The Vancouver Canucks were shut out of the NHL Awards today, although Quinn Hughes was named to the All-Rookie Team as expected.

That wasn’t the prize Canucks fans were hoping for though, as Hughes was beat out for the Calder Trophy by Makar, as the NHL’s top rookie.

Although Hughes was the only finalist from the Canucks for a major award this year, he wasn’t the only Vancouver player that garnered consideration from voters.

The final votes revealed that Jacob Markstrom was nearly nominated for the Vezina Trophy as the league’s top goaltender, and a total of three Canucks players received Hart Trophy votes. Canucks players also received votes for the Norris, Selke, and Lady Byng trophies, while Travis Green and Jim Benning were considered for the Coach of the Year and GM of the Year awards, respectively.

Here’s a look at how the Canucks fared this year:

Though none of them threatened to actually win the award, three Canucks players received votes for the Hart Trophy as league MVP — making Vancouver the only team to hold that unusual distinction. 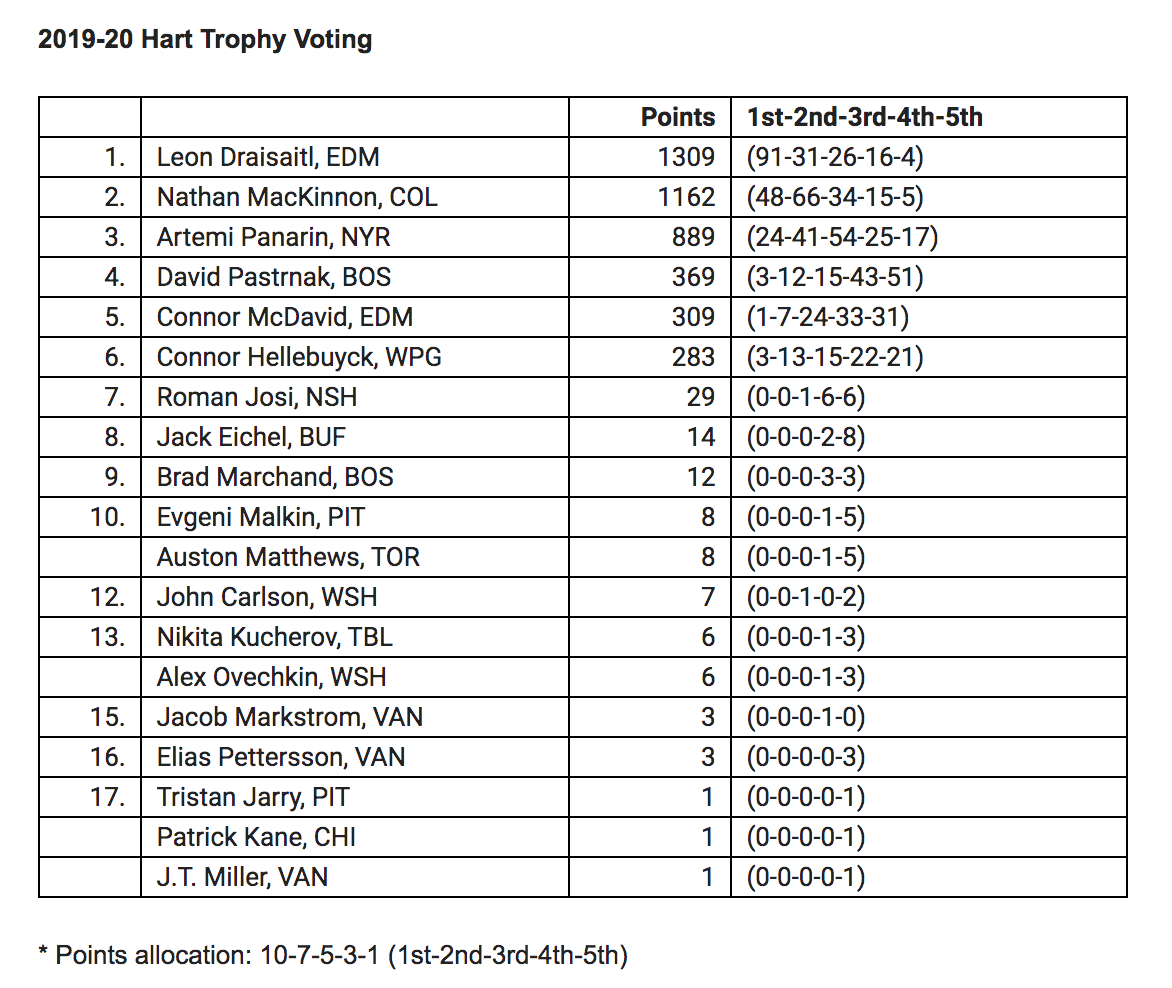 Hughes gets 53 first-place votes for the Calder

The Calder Trophy was a two-horse race, but there were six voters that made the ludicrous decision to have Hughes third on their ballot. Dominik Kubalik, Adam Fox, Elvis Merzlikins, and Mackenzie Blackwood all received votes ahead of one of Hughes by some voters, with Fox even earning a first-place vote ahead of both Hughes and Makar.

In the end, Makar received 116 first-place votes, compared to 53 for Hughes. 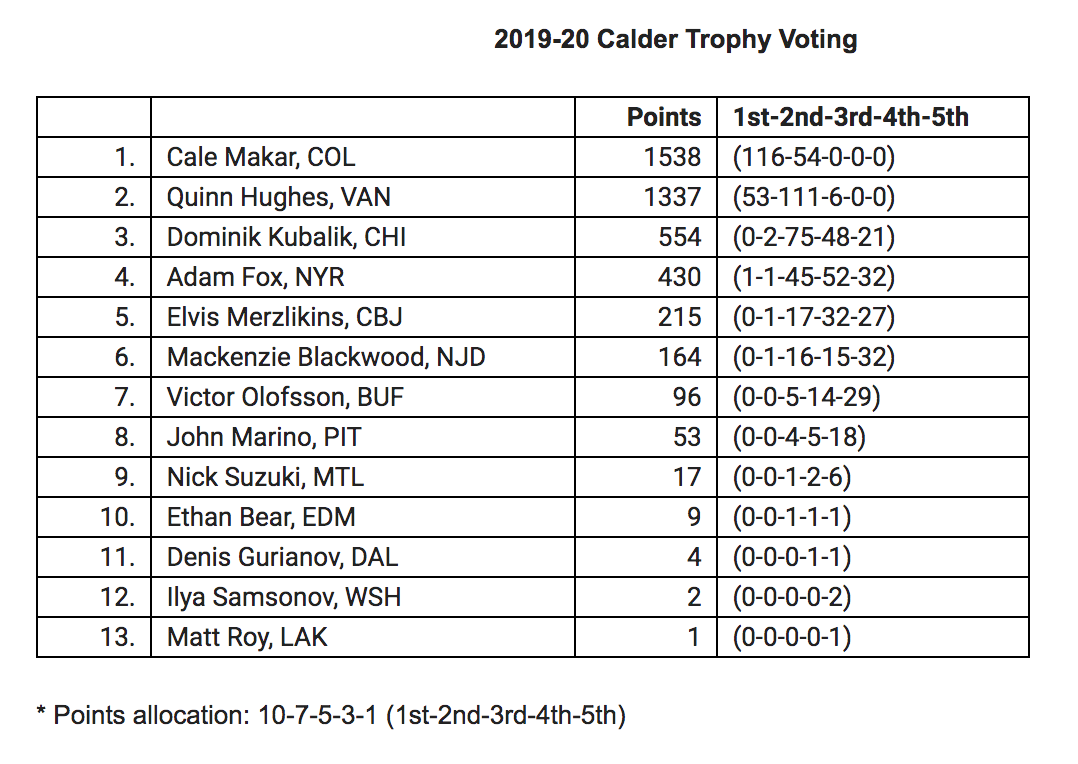 Markstrom in the Vezina mix 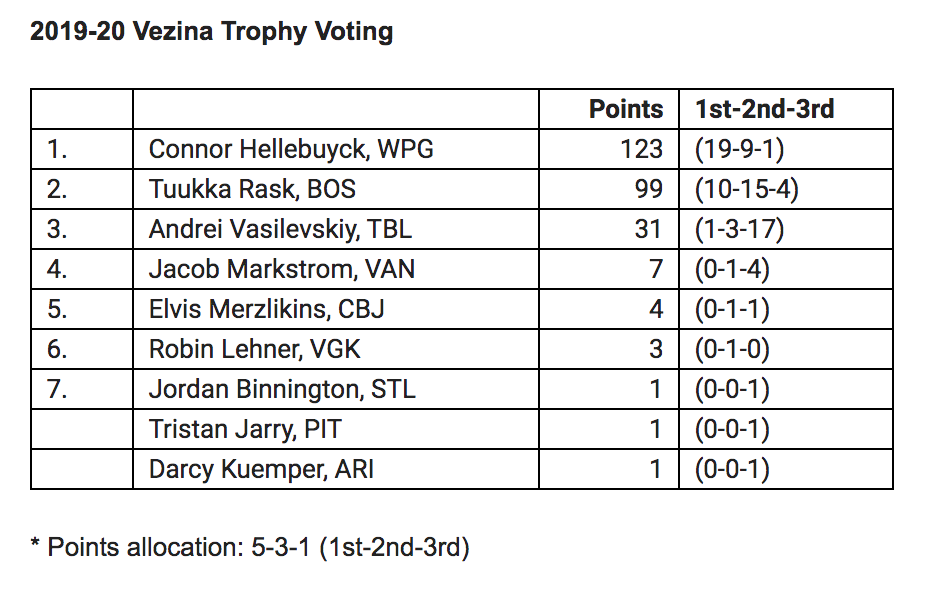 Hughes gets some Norris Trophy votes

A Canucks player has never won a Norris Trophy before, and Hughes is their best hope to one day stop that streak. But this year, Hughes finished 15th, earning three fifth-place votes. 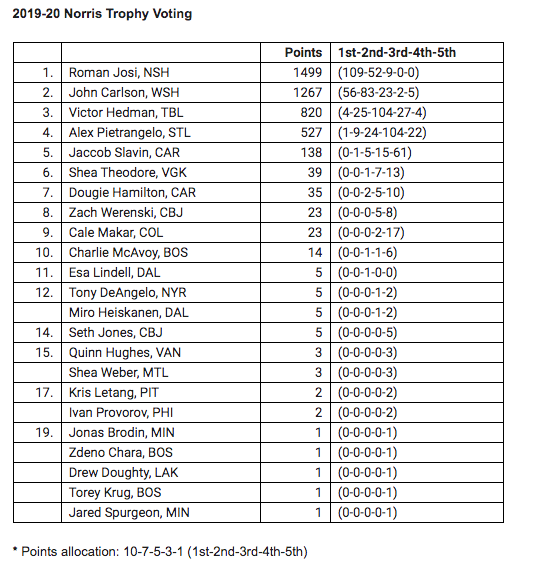 Miller gets a Selke vote

Miller wasn’t talked about at all for the Selke Trophy this year, but he did receive one second-place vote to put him tied for 19th place. 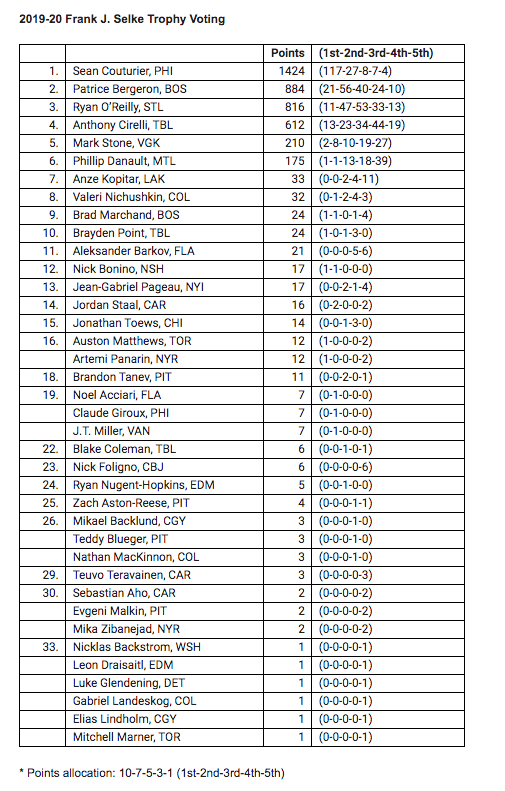 A difficult award to pick, Elias Pettersson finished 12th in voting for the Lady Byng Trophy, receiving three first-place votes in the process. 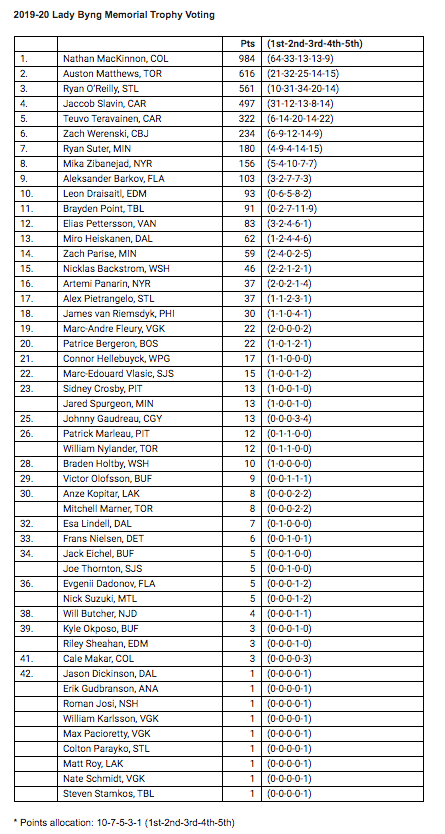 Green finishes top 10 in Coach of the Year voting

Six voters had Green in their top three for Coach of the Year. The Canucks coach received two first-place votes for the Jack Adams Award, finishing 10th overall in voting. 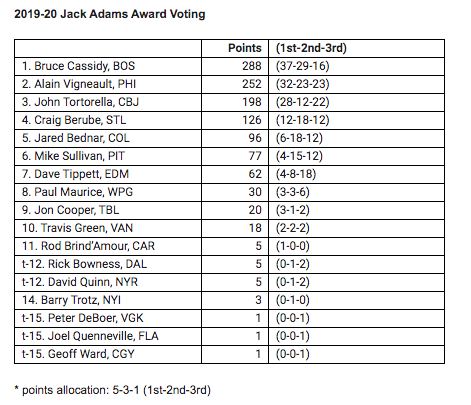 Benning finishes sixth in GM of the Year voting 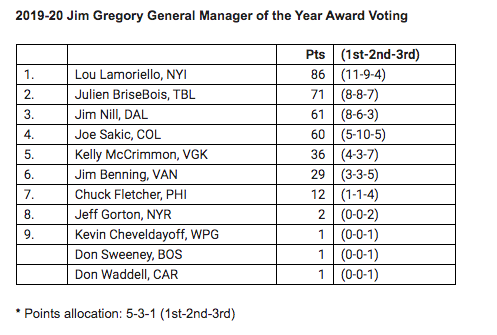 Four Vancouver players were in the mix for First and Second All-Star Team voting, with Pettersson finishing seventh among centres, Miller seventh for left wingers, Hughes 10th for defencemen, and Markstrom fifth for goalies. 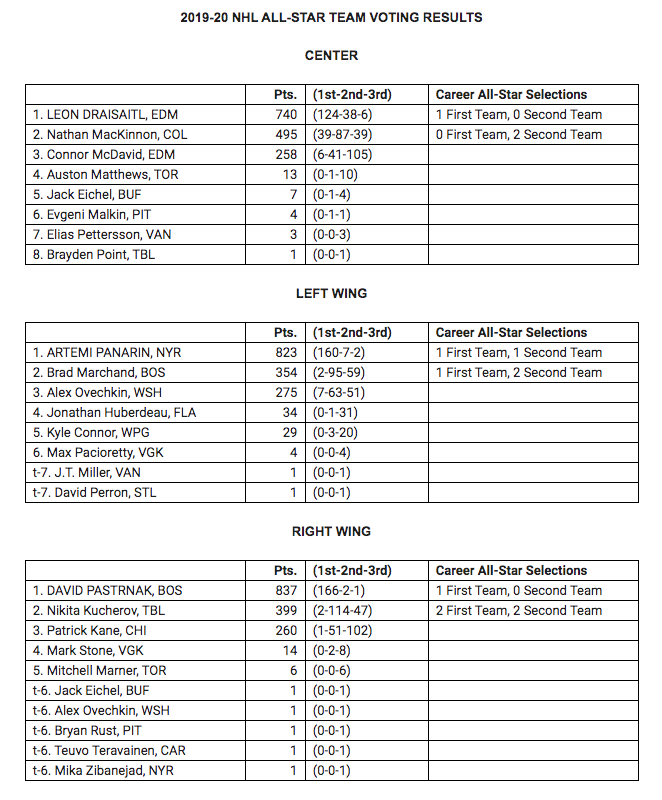 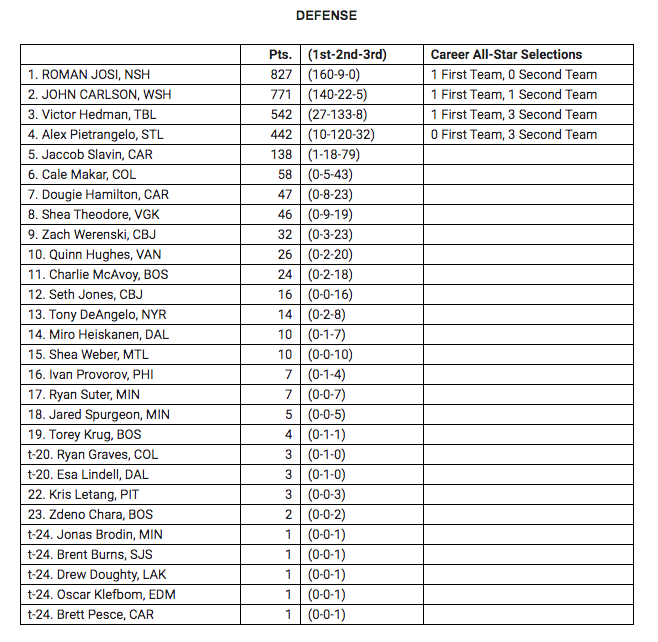 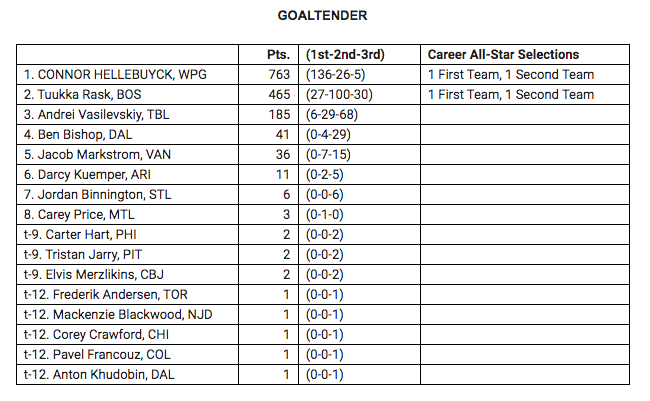 Hughes was a near-unanimous selection for the All-Rookie team, receiving all but three votes as one of the two defencemen picked. 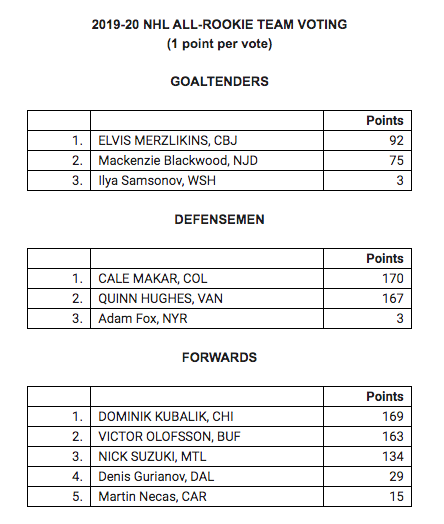