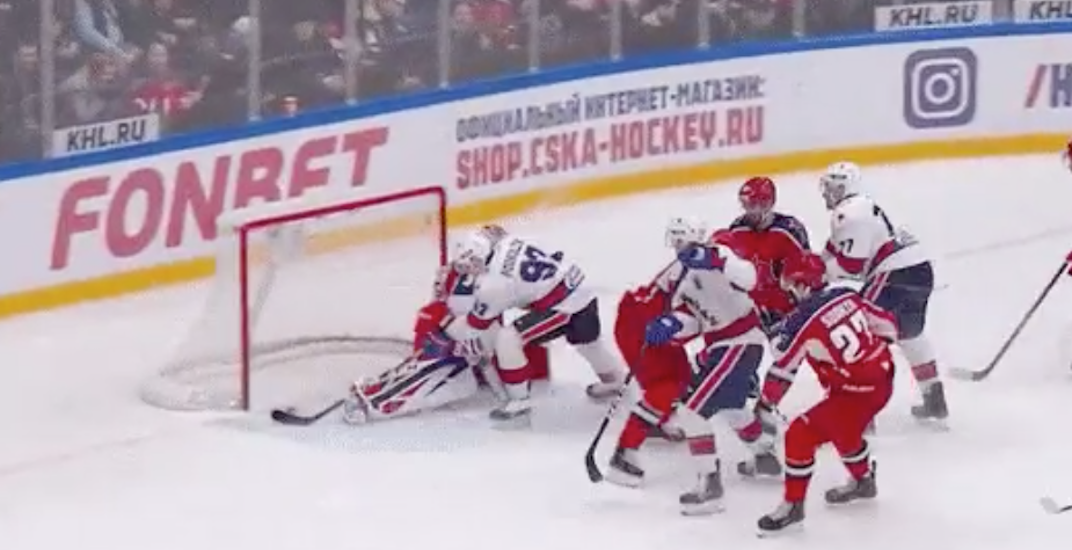 It took 21 games, but Vasily Podkolzin has scored a goal in the KHL.

The 18-year-old Vancouver Canucks prospect flew down the right wing before cutting hard to the middle and deking out the goaltender for his first-ever goal in Europe’s top professional league.

It’s the kind of goal that will have Canucks fans salivating, as the 6-foot-1 Russian forward has a rare combination of power and skill.

Done in classic Podkolzin fashion by driving hard to the net. #Canucks

The Canucks’ first-round pick (10th overall) in the 2019 NHL Draft has been used sparingly by SKA St. Petersburg, but as our prospects expert Cam Robinson explained last week, this shouldn’t be cause for worry.

Young players often have trouble getting into the lineup in the KHL through no fault of their own. Podkolzin appeared in three games for SKA last season, averaging just 3:30 of ice time, for instance.

This season hasn’t been much better, as Podkolzin has appeared in just 18 KHL games, being held to under a minute of ice time on three occasions, and four minutes or less seven times.

He’s been playing more in recent weeks, though through 18 games he’s averaging just 6:29 of ice time, never playing more than 11:55 in any single game.

On Tuesday, Podkolzin played just 8:38, registering four shots and one hit to go with his goal in a 3-2 loss for SKA.

Here’s a look at a couple of scoring chances Podkolzin had in Tuesday’s game:

SKA and CSKA scoreless after one period.

Here is his SOG. pic.twitter.com/fJYa6Qkr5g

Podkolzin has had a chance to put the puck in the net in other leagues this season, scoring three goals and eight points in the VHL, as well as registering four assists in two games in the MHL. He also scored five points (1-4-5) in seven games.